As a criminologist who specialises in the study of organised crime, gangs and homicide, the ongoing atrocities in Gaza go beyond my areas of expertise. However, after yesterday’s tensions, I feel compelled to share my thoughts based on some observations. This piece should be viewed a critical thought piece – one that aims to chart […] 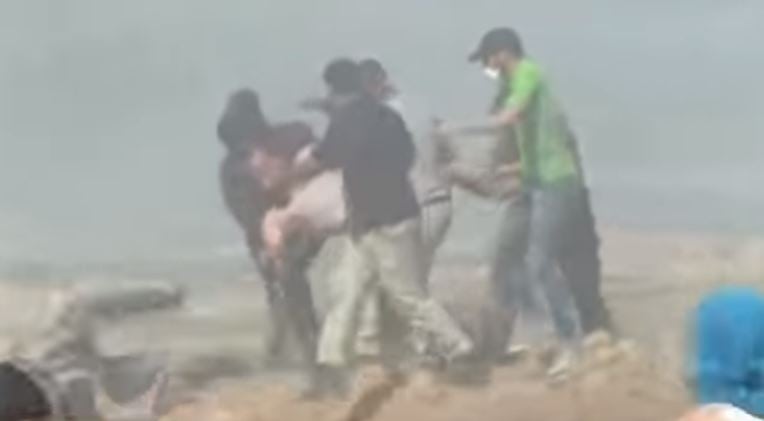 As a criminologist who specialises in the study of organised crime, gangs and homicide, the ongoing atrocities in Gaza go beyond my areas of expertise. However, after yesterday’s tensions, I feel compelled to share my thoughts based on some observations. This piece should be viewed a critical thought piece – one that aims to chart the different types of ‘denial’ that emerge when conflict is officially addressed.

Over 50 years of (illegal) occupation and a decade of blockades have made the lives of almost 2 million Palestinians living inside the Gaza Strip intolerable. As a result of this, Gaza has often been dubbed the biggest open prison in the world. Hard facts include, but are not limited to: 7 out of 10 civilians being refugees, 50% of civilians traumatised by war, 84% depending on humanitarian aid, and 98% of the ground water being undrinkable. It does not end there, as 45% of those injured in conflict are refused medical treatment outside of Gaza due to blockades, which means that Palestinians must apply to the Israeli government to leave Gaza. In 2017, the World Health Organization reported that only 55% of applications to leave for medical treatment were granted.

On Monday 14th May, Palestinians were continuing several weeks of demonstrations, which are seemingly “Hamas” led according to Israeli Prime Minister Benjamin Netanyahu. Of note, Monday’s protests, marked the anniversary of the 1948 Israel creation – one that was endorsed by the British government – which meant thousands of Palestinians were displaced in the war that followed. During the demonstrations, Israeli troops opened fire on Palestinian protesters, killing 58 people and injuring 2,700. Monday’s violence has now been recorded as the deadliest day of violence since the war in 2014.

Whilst Amnesty International criticised the bloodshed as “another horrific example of the Israeli military using excessive force and live ammunition in a totally deplorable way” – there has been no significant response from heads of state. This is nothing new, as the great Stanley Cohen (1942-2013), who experienced the apartheid regime and spent time in Israel, informed us about the three “states of denial” that we often go through when addressing atrocities and suffering.

Cohen, who had a profound way of unpacking complex social issues categorised the different types of denial as: literal denial – the blatant disregard of the fact or knowledge of the fact is denied; interpretive denial – the acknowledgement of fact, but given a different meaning from what seems to be the consensus; and implicatory denial – when one does not deny the facts, but denies, or refuses the psychological, political or moral implications that conveniently follow.

The US President Donald Trump and US Secretary of State Mike Pompeo have not addressed deadly violence in Gaza as of yet. However, White House spokesman Raj Shah said:

“The responsibility for these tragic deaths rests squarely with Hamas… Hamas is intentionally and cynically provoking this response.”

This passage above allows us to understand the official perspective of the US, and one that fits neatly with interpretive denial. Here, we see that Shah’s words do not deny raw facts (tragic deaths), but they are given a very concentrated meaning from what seems apparent to others (Hamas is intentionally and cynically provoking this response). For instance, officials in France, Turkey and South Africa have all condemned the violence by rightly placing the spotlight on actions of the Israeli military. However, as Cohen reminds us, individuals like Shah, who speak on an official basis, cynically downplay realities by euphemism, and in doing so they avoid moral censure.

Earlier on in the year, at the World Economic Forum, President Trump warned Palestinian authorities of pulling out aid if they do not pursue peace. He stated:

Here, we see a fine example of implicatory denial from President Trump. Indeed, Trump is not denying the facts of this conflict, rather he is minimizing the political implications of this ongoing suffering. This should come as no surprise, as the US is a strong ally of Israel. In essence, Trump’s comments allude to ‘rationalisations’ (they are going to have to want to make peace). So too, Trump’s rationalisation is not a refusal to acknowledge the reality of harm, but a denial of its significance or implications (we aren’t going to have anything to do with them any longer).

In sum, if there is one thing to take away from this ongoing atrocity, it is that denial is an unconscious defence mechanism for dealing with guilt, anxiety and other disturbing emotions that are aroused by reality. Having said this, we must always remember, interpretation of suffering is contingent upon how one deals with unthinkable and unbearable information.