A rapist attacked two women a month apart as they tried to get home late at night from London’s West End. Papis Cante, 36, met his vulnerable victims as they made their way home from Leicester Square in central London. He tried to lull them into a false sense of security, before dragging them back […]

by Joe Mellor
in Broken Britain, Must Reads, Promoted 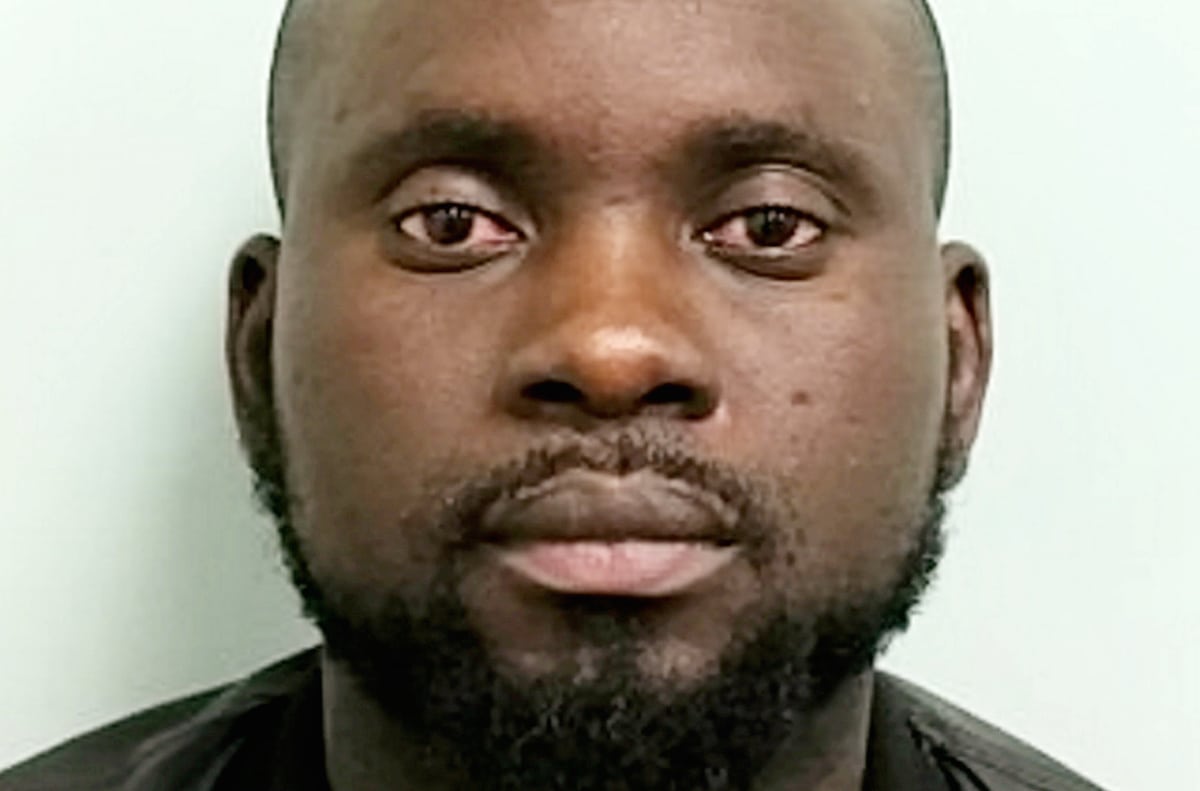 A rapist attacked two women a month apart as they tried to get home late at night from London’s West End.

Papis Cante, 36, met his vulnerable victims as they made their way home from Leicester Square in central London.

He tried to lull them into a false sense of security, before dragging them back to near his home in Finsbury Park, north London.

One woman was taken in an Uber taxi, and pleaded with the driver to change the destination – but he refused and said she would have to order another one.

The other victim met Cante, a Portuguese national who worked in the West End as a kitchen porter, on a tube train, who promised to help her get home.

When they refused to have sex with him, he raped the women, both in their early 20s, in an alleyway and in a side road.

He told onlookers the women were drunk or on drugs, and convinced them to leave him alone.

Father-of-one Cante, who was born in Guinea-Bissau, admitted two counts of rape in October, and was jailed on Friday for ten years.

The judge ruled he was dangerous, meaning he will serve at least two-two thirds of his sentence.

Cante, who has lived in the UK for two years, was also placed on the sex offenders’ register for life, and handed an extended licence for three years.

He was helped by a Portuguese interpreter and showed no emotion as he was led from the dock.

Judge Kalyani Kaul QC said: “Your first victim was vulnerable, as was the second, because both had had something to drink.

“But neither had done anything wrong, neither is in anyway to blame.

“Neither did anything which could have ever have caused anyone to believe or to expect they wanted to have anything more than polite acquaintanceship with you.

“You took advantage of such a young girl, who was just trying to get to her destination safely.”

She added: “No opportunity presented itself. They were just young women who had been out and had a pleasant evening, and were on their way home.

“Having committed one rape, you waited a while. You felt confident enough to commit another.

“I find you to be a very serious risk of harm to young women, as you have presented in this case.

“It is likely you will be deported.”

Wood Green Crown Court heard how Cante met the first woman, who had separated from her friends, in the early hours of July 22 outside the Hippodrome Casino in Leicester Square.

Nicholas Dunham, prosecuting, said: “The conversation was friendly enough with him to get into an Uber cab, which he had booked.

“She made it quite clear, in her mind, she wasn’t planning to have a sexual relationship with him. She went with him because she wanted to go home, and her card was broken.”

She asked the driver if she was going to her home in south London – but he told her he was dropping her off at a hotel in Finsbury Park.

Mr Dunham continued: “She asked the driver if she could change the destination, but he said she would have to get out and order another Uber.”

After leaving the taxi Cante suggested they go into the hotel, but she told him she wanted to go home so booked another Uber.

Cante then pushed her against a wall and raped her in a nearby alley.

Afterwards they went to a kebab shop, where she ran to the toilet and refused to leave, while Cante told onlookers “she must be on drugs”.

Eventually she left and a woman, seeing she was crying, helped her and called the police.

A DNA sample was taken but there were no matches.

A few weeks later, in the early hours of August 29, the second victim was heading home to south London after celebrating the Bank Holiday weekend.

She met Cante on the train, who told her, “you are going in the wrong direction, you are drunk, come with me and I will show you”.

But they ended up at Finsbury Park, and he grabbed her arm and pulled her off, and began trying to kiss her.

In the station, they encountered two groups, with Cante telling the victim in front of the first, “you are drunk, you don’t know what you are saying”.

A man from the second group saw she was crying and stuck up for her, but Cante convinced him everything was okay.

He then dragged her to a side road where he raped her.

Initially she was reluctant to report it as Cante told her, “they will not catch me, and you are crazy”.

Mr Dunham said: “She thought he had done that thing before because he had acted calmly.”

But she went to police and a sample was taken, which matched the profile from the July attack.

Following an appeal, Cante was arrested on September 8 and charged.

In a victim impact statement, the first woman said: “I have found being in this situation as a whole overwhelming and stressful. It has caused me to suffer from a constant anxious feeling.”

The second victim said: “I try to go about my day to day life, but some things trigger it. Little things get me upset, and suddenly I get all emotional and it all floods back.

“I try to put it behind me, but it’s always there.”

In mitigation, Ross Cohen, defending, said: “He is a father of a young child, a young family.

“Plainly he is going to be serving, on any analysis, a significant prison sentence in a country other than his own.”