He returned with a fully functioning electric fence, usually used to deter cattle, and installed it round the bar to keep punters a safe distance away. 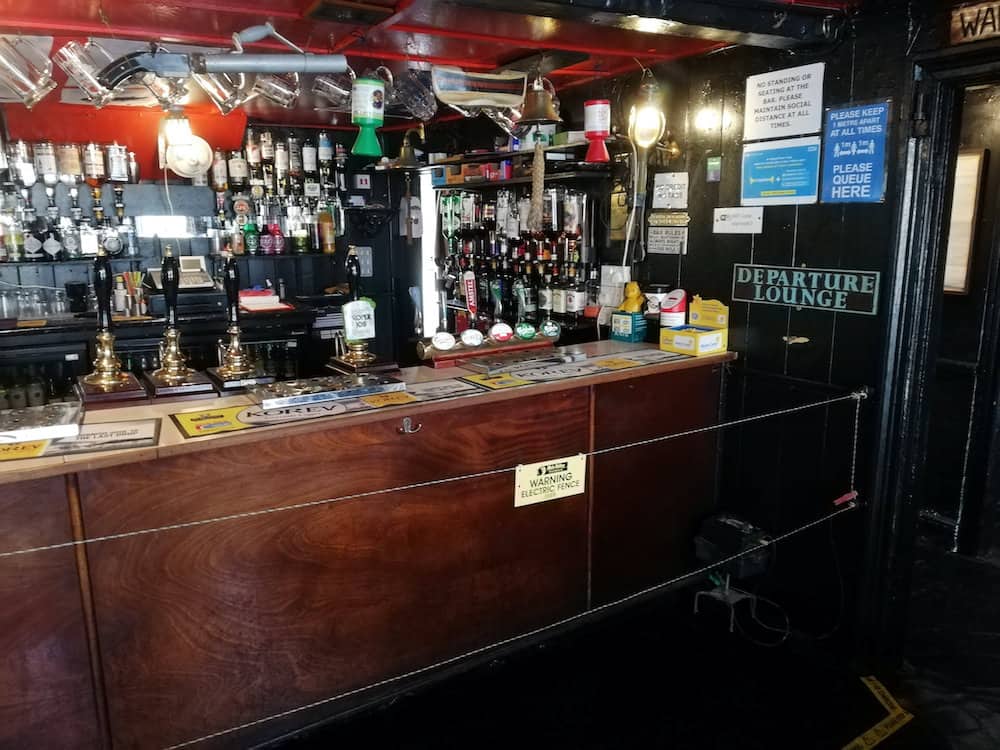 A pub run by a farmer is making sure people social distance – by installing an electric fence at the bar.

The Star Inn has installed a barrier normally used to deter cattle to stop punters crowding while getting a pint.

It reopened along with boozers across England after lockdown but said they were worried about drinkers not maintaining social distancing.

To help protect his staff, landlord Johnny McFadden, who is also a farmer, decided to draw on his knowledge and went to his farm to get some equipment.

He returned with a fully functioning electric fence, usually used to deter cattle, and installed it round the bar to keep punters a safe distance away.

Joel Carne-Mead, a barman at the pub in St Just, Cornwall, said: “We put it up as a bit of a novelty really, because the landlord loves his farming.

“It’s a way of keeping people away from the bar.

“It’s just a deterrent, but hopefully the sight of it will help keep people away. That’s how it works with cattle too, animals see it and often don’t want to test it.

“Let’s hope it’s the same with our customers.

“We’re open again now and we’ve had no issues so far, it’s nice to be back.”

He claimed the fence was usually switched off but could be turned on as and when it was needed.