A huge fire which ripped through a duck shed in Lincolnshire left a devastating scene - killing 15,000 ducks 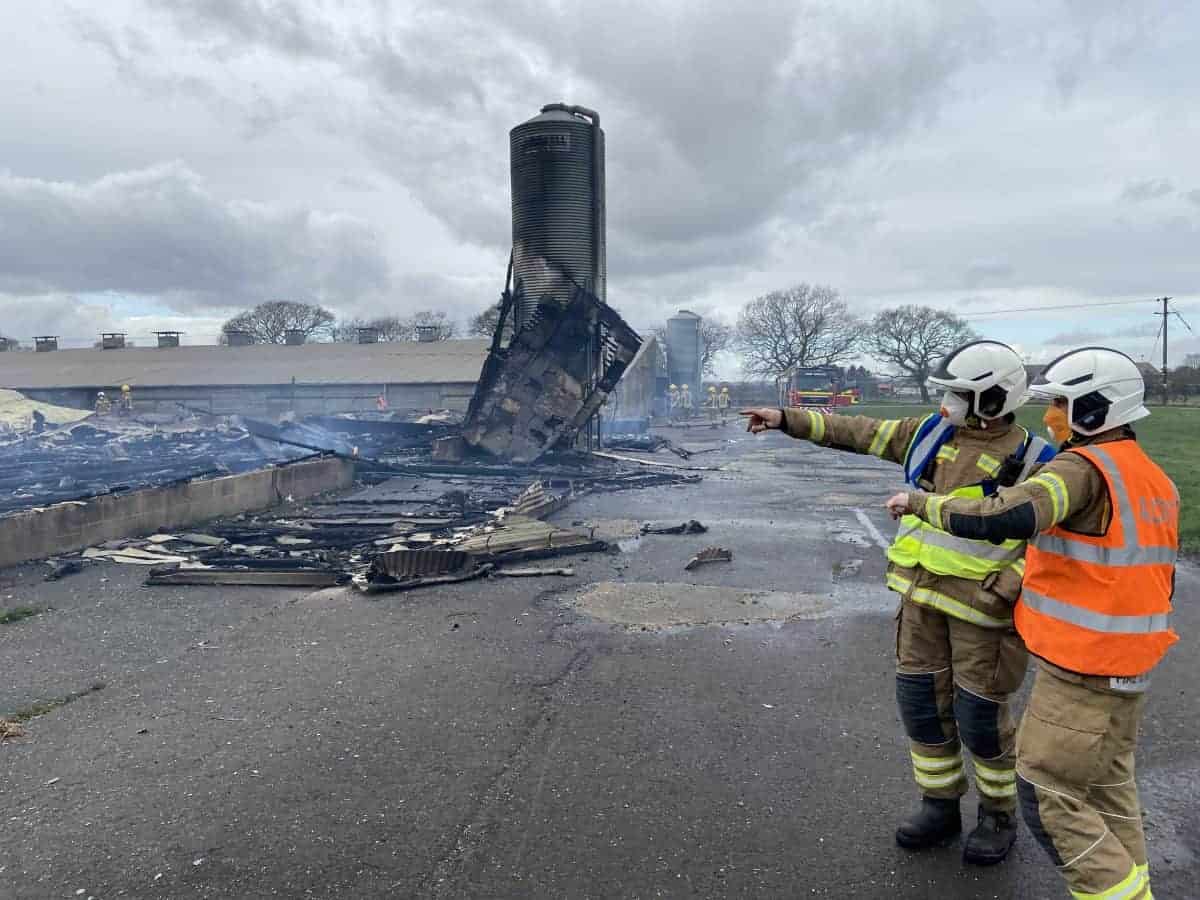 A huge fire which ripped through a poultry shed has killed 15,000 ducklings.

The blaze broke out at a farm in Moor Lane in Caistor, Lincs, at around noon on Saturday (29/2).

Lincolnshire Fire and Rescue service said roughly 15,000 ducklings died in the fire, which was caused by an electrical fault.

They tweeted: “Severe fire damage to one poultry shed.

“Caused by an electrical fault. Sadly just under 15,000 ducklings perished in the fire.”

On Facebook, Gillian Moore posted: “An horrendous way to die for either animal or human.”

“Unable to escape the most horrific death. The farmer will get his money still though I’m sure.

“If they were dogs or cats locked in that barn people would be outraged.”

Five crews from the fire and rescue services worked to extinguish the blaze, with some firefighters remaining at the scene until past 2pm.

Residents in the area were advised to keep doors and windows shut due to the large amount of smoke.