Ben Pearson was finishing his shift, in Newport Pagnell, in Bucks., when he was "slashed in the face" and "stomped on the head". 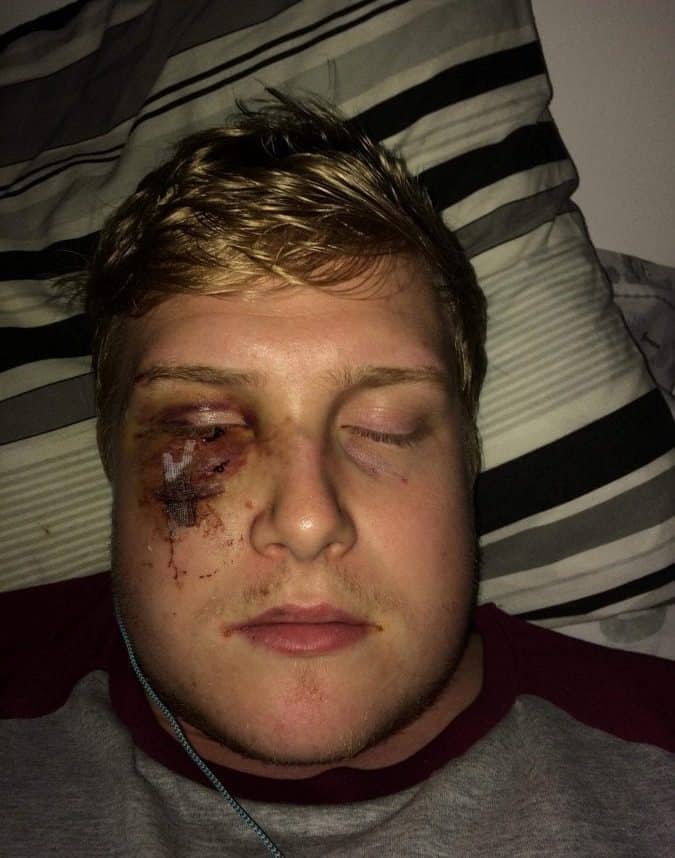 These horrific images show a Subway worker who was beaten unconscious by teenage thugs after telling them a toilet was out of order.

Ben Pearson, 21, was finishing his shift when he claims he was kicked to the ground and slashed in the face with a knife by two customers at around 5pm last Saturday (10 Nov.)

The bullies had beaten him outside the front doors of the shop, in Newport Pagnell, Bucks., until he was left unconscious on the ground.

Ben, who has been working at the fast food chain for a year, said: “About four kids came over to me but it was only two of them that actually done something to me.

“They just started beating me up and stamping on my head. 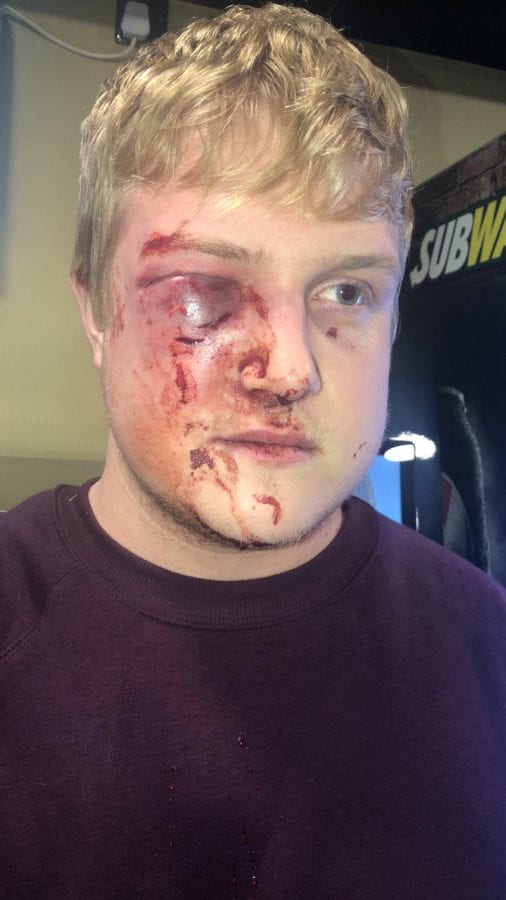 “I remember I was saying stop, stop and then I blacked out and when I came back they were still going I thought ‘oh my gosh’ I thought they’d never stop.

“It seemed to go on for ever and there was nothing I could do – because I kept going unconscious I didn’t know what was happening.

“They just kept smashing my head into the ground, they had Timberland boots on as well.”

The group of teens eventually fled after members of the public ran over to help and the emergency services were called.

Ben then attempted to enforce the rules again by mentioning why the toilet is out of order but they allegedly replied to him saying “shut up you autistic p***k. Come outside, you’re so lucky there’s camera in here”.

Ben, of Milton Keynes, Bucks., claims they waited for him to leave the shop where two of the males of the group then attacked him.

Ben had to be taken in ambulance to Milton Keynes Accident and Emergency after the incident left him partially blind in his right eye, split eyebrow and suffering black outs.

He was treated with eyebrow glue and butterfly stitches and also examined for any broken bones.

He said: “When doctors saw me they thought I had broken eye socket and jaw I looked so bad but when they done the x-ray they found no nothing broken thankfully.

“It feels like I have got motion sickness, it feels like when you have got your eye shut in the car and you get that sick feeling.

“The hospital think I have been sliced with a razor of some sort or a knife because they said I have the perfect slice on my face which could only have been done with a clean blade.”

Doctors say it may take Ben longer than four weeks to recover and once the swelling has cleared he will have to have another check up due to his blurred vision since the incident. 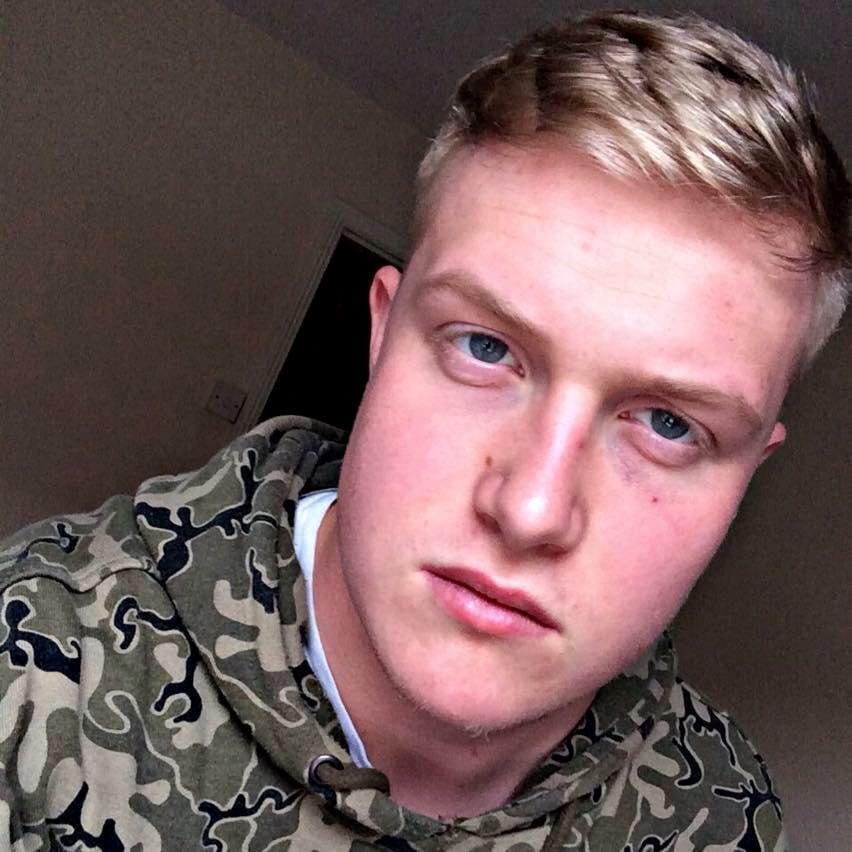 He adds: “You just don’t expect to get beaten up for saying the toilet is out of order.

“My phone is now completely smashed up – And I can’t work now. It is a joke.”

Ben is currently waiting for the police to update him on the incident but wishes to put a personal appeal out in hoping somebody would have seen his attackers. 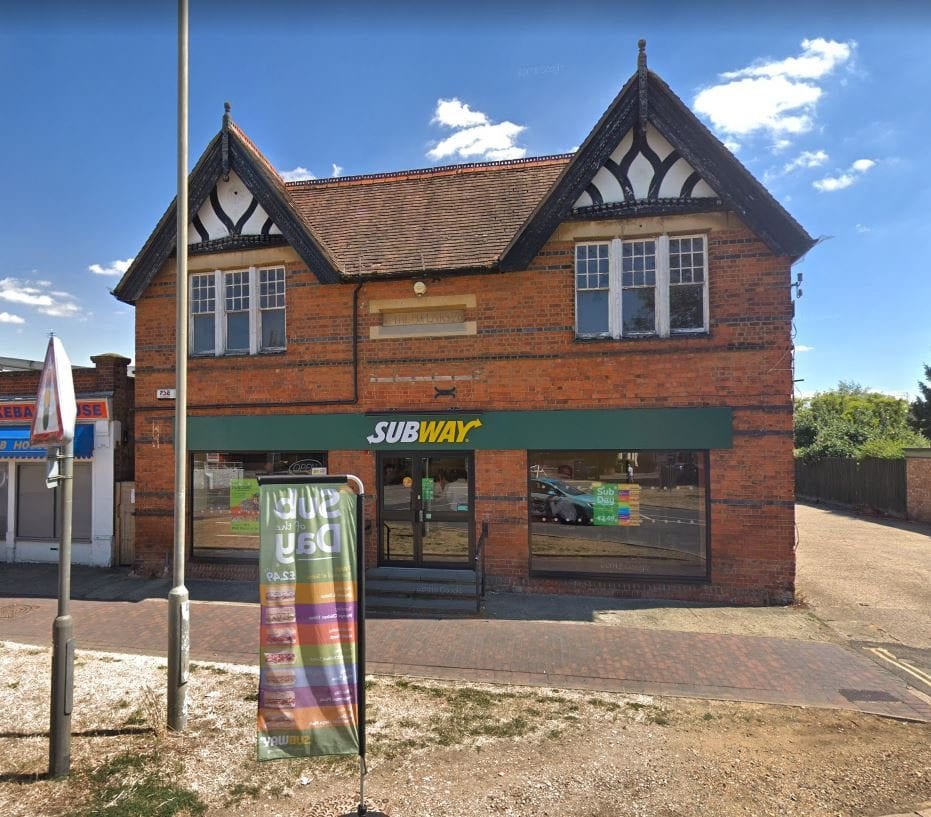 He claims one of the two boys was Somalian and wore a navy Puma track suit and Timberland boots. The other was mixed race and wore a black band around his head.

Ben added: “I would really like to say thank you to the 14-year-old girl that stepped in when nobody else was there and managed to retrieve my phone and my keys.

“In my eyes she needs a reward.”