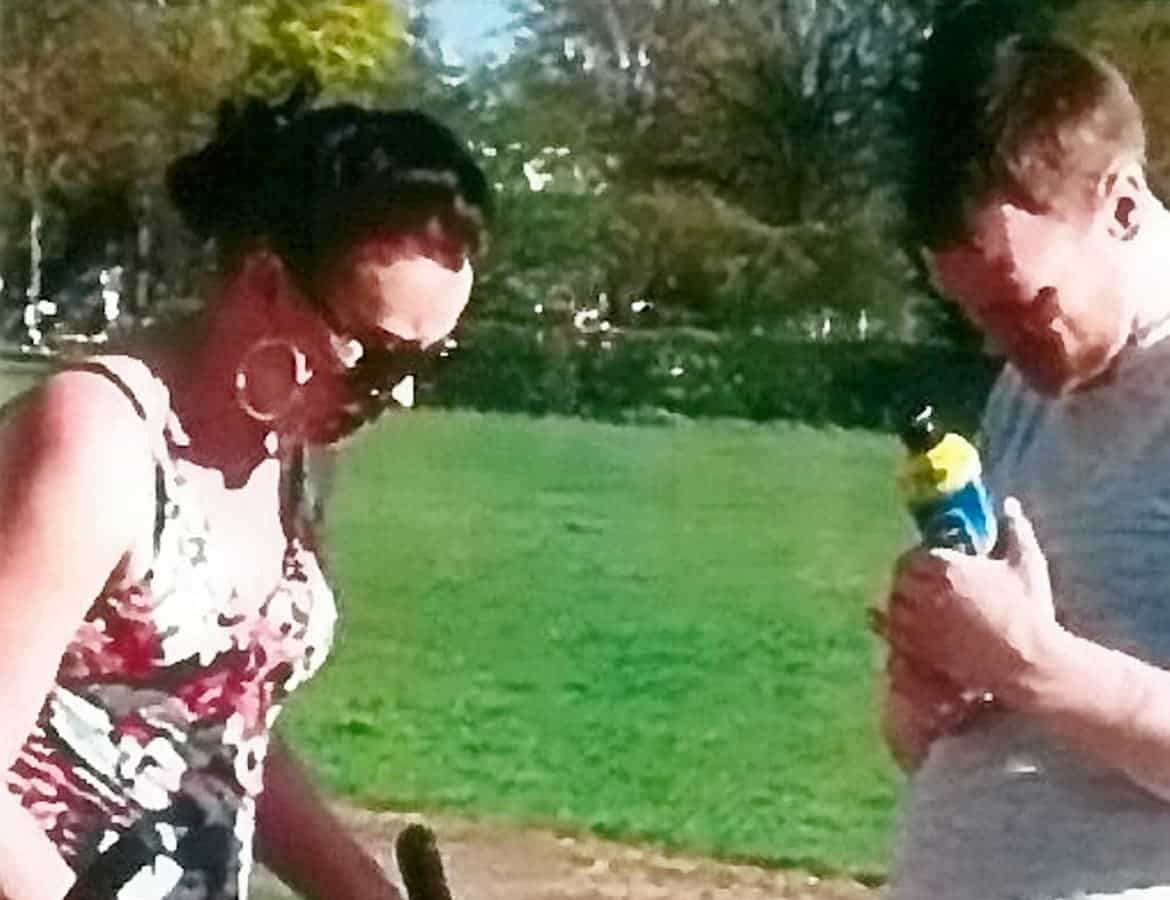 Police are hunting a couple who stabbed, slashed and punched a security guard in front of a young child after they were caught shoplifting.

Detectives have released a picture of the two suspects the victim snapped of them after they ran away from B&M Bargains in Shirley, West Mids.

They left with a small child in a buggy at around 5pm on April 19, and the guard followed them and challenged them.

When he tried to take back the stolen goods, he was kicked and punched, and then stabbed in his right thigh and slashed with a knife across his left arm.

The pair then ran away, taking the child with them.

A West Midlands Police spokesperson said: “The man was described as white with blonde or ginger hair, in his late 30s and around 6ft.

“He was slim and wore a grey T-shirt, grey trousers and he had scars on his left arm.

“The woman was described as being in her mid-20s, of slim build and around, 5ft 7ins.

“She had dark hair worn in a bun and was wearing sunglasses and flowery dress.”