The pair kicked him in the head as he lay defenceless on the floor. 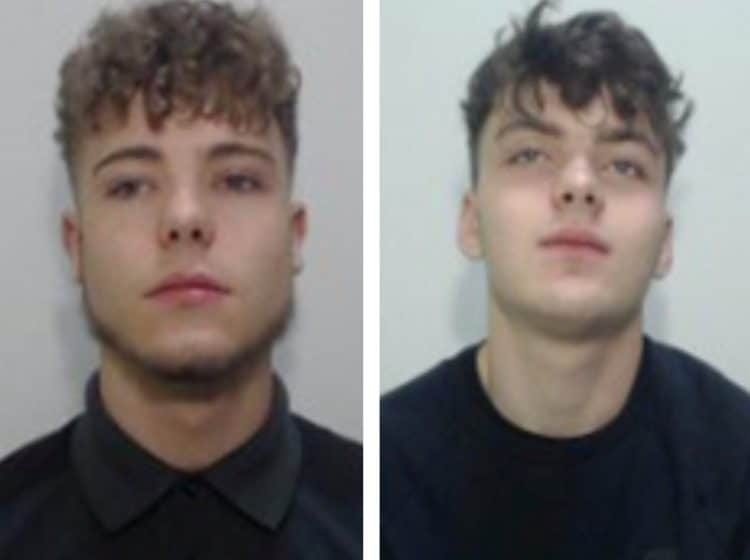 Two ‘drunken louts’ who kicked a taxi driver to death after he asked them to stop eating food in his cab have been jailed.

The pair were angered after he took them to the wrong address that they had put in the Uber app, a court was told.

Manchester Crown Court heard the pair had ordered the Uber to meet some people a the Ko-Ko Lounge nightclub in Rochdale.

But McPartland entered the address for Coco’s Grillhouse and Desserts in Queensway, Rochdale into the app.

The cabbie had asked them to stop eating cheeseburger and chips in the cab and when he explained they’d put the wrong address in to Uber, they attacked him.

Prosecutor Galais Gozem said the taxi arrived at the address and paused before stopping near a Shell petrol station shortly after 4am.

Kicked in the head

The court heard Mr Asghar opened the rear passenger door to let the passengers out when a ‘ferocious argument’ broke out.

The pair launched into the attack which culminated in Mr Asghar being pushed over, cracking his head and fracturing his skull.

The pair kicked him in the head as he lay defenceless on the floor, the court heard.

Another taxi driver, Mohammad Khalid, saw Mr Asghar being confronted and attempted to reason with the two men.

He then retreated to his taxi fearing he would also be attacked and called the police.

McPartland and Treacy, both of Oldham, denied murder but were found guilty after a nine-day trial.

He said they had their own lives, but he said this was nothing compared to the damage he had caused Mr Asghar’s family.

He added: “This was a savage and sustained attack. You both lied about your involvement and sought to minimise what you did.”

In a statement released by police, Ali’s heartbroken family said he was a loving and devoted son, brother and friend who will be forever missed.

The statement read: “On behalf of his family we would like to convey our sincerest gratitude to the police officers, barrister, the judge, the jury and all else involved who have helped our Ali to receive justice for what happened to him.

“A huge heart felt thankyou to all”.

Speaking after sentencing, senior investigating officer Phil Reade welcomed the sentence, saying: “The senseless actions of Treacy and McPartland that morning were utterly despicable and led to a family losing a much loved son and brother.

“These two men are clearly violent individuals and I am relieved that they are now off our streets and have time to think about their actions and the hurt and sorrow they have caused.

“The judge today highly commended the taxi driver for his actions in attempting to save Ali’s life and I’d also like to thank him for his bravery.”