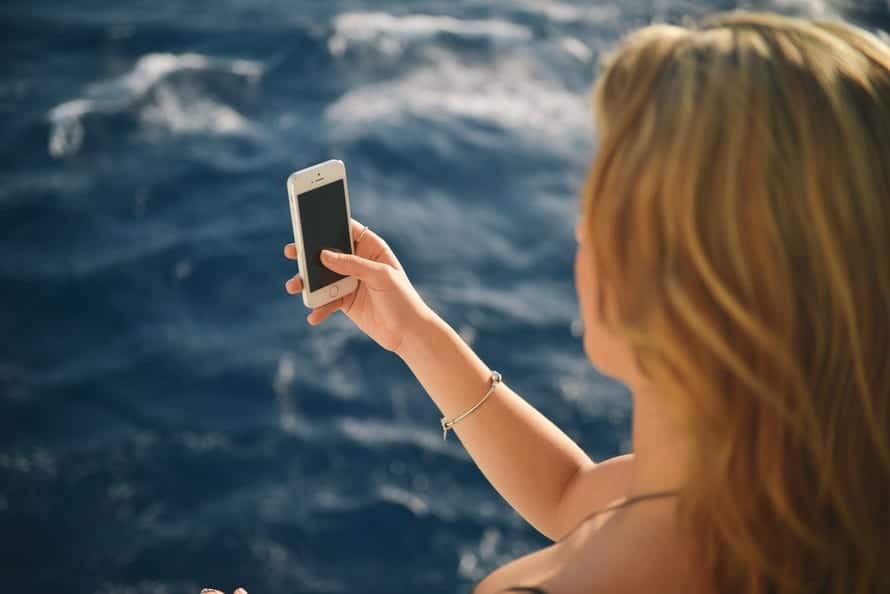 Teenage girls are having plastic surgery… so they can look just like they do in selfies, according to new research.

Photo-editing technology that enables the altering of features on social media has spawned a mental illness dubbed ‘Snapchat dysmorphia’ by scientists.

People used to turn up come to cosmetic surgeons bearing photos of celebrities like Kylie Jenner. Now, they are bringing in altered photos of themselves.

And the phenomenon is on the rise with more than half of plastic surgeons seeing patients wanting to “improve their appearance in selfies.”

Dr Neelam Vashi, director of the Boston University Cosmetic and Laser Centre, Massachusetts, said: “A new phenomenon called ‘Snapchat dysmorphia’ has popped up, where patients are seeking out surgery to help them appear like the filtered versions of themselves.”

The study published in JAMA Facial Plastic Surgery Viewpoint said apps like Snapchat and Facetune allow selfies to achieve a level of physical ‘perfection’ previously seen only in celebrity or beauty magazines.

This can range from improving individual features like enhancing the chin, contouring cheekbones and straightening or reducing the nose, to making a person appear slimmer – or even more curvaceous.

Dr Vashi said: “A little adjusting on Facetune can smoothen out skin, and make teeth look whiter and eyes and lips bigger. A quick share on Instagram and the likes and comments start rolling in.”

She added: “It can be argued these apps are making us lose touch with reality because we expect to look perfectly pimped and filtered in real life as well.”

As these images become the norm, people’s ideas of attraction worldwide are changing – which can take a toll on a person’s self-esteem and trigger body dysmorphic disorder (BDD).

This is an excessive preoccupation with a perceived flaw in appearance often characterised by people going to great – and at times unhealthy – lengths to hide their imperfections.

Symptoms include engaging in repetitive behaviours like skin picking, and visiting dermatologists or plastic surgeons.

Alarmingly, it affects one in every 50 people, and is classified on the obsessive-compulsive spectrum.

Dr Vashi said: “Filtered selfies especially can have harmful effects on adolescents or those with BDD because these groups may more severely internalise this beauty standard.”

Her team say studies have shown teenage girls who manipulate their photos are more concerned with their body appearance. And those with BDD seek out social media as a means of validation.

One survey of plastic surgeons found 55 percent last year reported seeing patients who wanted to improve their appearance in selfies.

The American Academy of Facial Plastic and Reconstructive Surgeons said this compared to just 13 percent in 2013.

The study also found 56 percent of the respondents also saw an increase in clients under the age of 30.

But Dr Vashi said surgery is not the best course of action in these cases. It will not improve, and may worsen, underlying BDD.

Her team recommend psychological interventions such as cognitive behavioral therapy and management of the disorder in an empathetic and non-judgmental way.

Dr Vashi said: “Filtered selfies can make people lose touch with reality, creating the expectation we are supposed to look perfectly primped all the time.

“This can be especially harmful for teens and those with BDD, and it is important for providers to understand the implications of social media on body image to better treat and counsel our patients.”

Cosmetic enhancements are increasingly seen as normal, with celebrities and reality TV stars openly having procedures.

That, combined with the fact that social media seems to negatively impact self-esteem may explain the emergence of ‘Snapchat dysmorphia’.

A 2015 report from the Office for National Statistics found more than a quarter of teenagers who engage with social media for more than three hours a day have symptoms of mental health issues.

Added Dr Vashi: “It is important for clinicians to understand the implications of social media on body image and self esteem to better treat and counsel their patients.”

It isn’t a formal condition, but it is a phenomenon that is worrying mental health practitioners and cosmetic surgeons.

Dr Esho says he has turned away some patients who seem overly obsessed with looking like their filtered photos.

Earlier this year, he said: “We now see photos of ourselves daily via the social platforms we use, which arguably makes us more critical of ourselves.

“Patients using pictures of celebrities or Snapchat filtered versions of themselves as reference points is okay.

“The danger is when this is not just a reference point, but it becomes how the patient sees themselves, or the patient wants to look exactly like that image.

“Not only is this unrealistic, it is potentially a sign of underlying problems with the patient concerned.

“Further questions should be asked to screen for any element of body dysmorphia.

“Treating patients that do show those red flags is not only unethical, but also detrimental to the patient, as they need something that no needle or scalpel can ever provide.”

“I have dandruff” tops 999 time-wasting calls in March