There has been a ten-fold increase in global childhood obesity over the past four decades and now 20 per cent of American children are obese. Leading scientists called for a sugar tax, cheaper fruit and veg and a curb on processed food as it was revealed girls in the USA had the 15th highest obesity […] 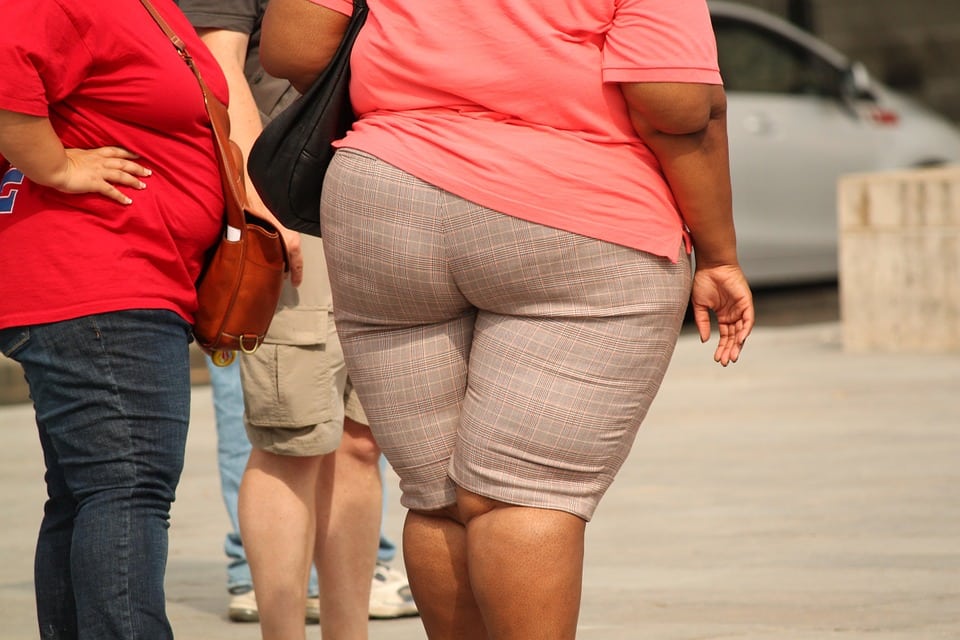 There has been a ten-fold increase in global childhood obesity over the past four decades and now 20 per cent of American children are obese.

Although figures have levelled off there is a ticking fat time bomb as these children are more likely to be fat as adults or suffer ill health caused by being overweight.

The study led by Imperial College London and the World Health Organisation said governments needed to do more to turn the tide.

The findings came from a worldwide analysis of childhood obesity since 1975 increasing from less than one per cent equivalent to five million girls and six million boys to six per cent in girls or 50 million and eight per cent in boys or 74 million.

An additional 213 million were overweight in 2016 but fell below the threshold for obesity.

The highest rise was seen in the high-income English-speaking region of the USA, Canada, Australia, New Zealand, Ireland and the UK, and East Asia, the Middle East and North Africa.

Child and adolescent obesity were highest above 30 per cent in some islands in Polynesia, and were around 20 per cent or higher in the USA and some countries in the Middle East and North Africa such as Egypt, Kuwait, Qatar and Saudi Arabia and the Caribbean such as Bermuda and Puerto Rico.

British girls are the sixth fattest in Europe and boys the 18th largest.

While some have been getting fatter, more children are underweight and malnourished.

In 2016 there were 75 million girls moderately or severely underweight and 117 million boys two thirds of them in south Asia.

But if the trend continues unchecked there will be more obese than underweight five to 19 year olds by 2022.

Study author Dr James Bentham of the University of Kent, said: “Rates of child and adolescent obesity have increased significantly over the past four decades in most countries in the world

“While average BMI among children and adolescents has recently plateaued in Europe and North America, this is not an excuse for complacency as more than one in five young people in the USA and one in 10 in the UK are obese.

“Additionally, rates of child and adolescent obesity are accelerating in east, south and southeast Asia, and continue to increase in other low and middle-income regions.”

Lead author Professor Majid Ezzati, of Imperial’s School of Public Health, said: “Over the past four decades, obesity rates in children and adolescents have soared globally, and continue to do so in low- and middle-income countries.

“These worrying trends reflect the impact of food marketing and policies across the globe, with healthy nutritious foods too expensive for poor families and communities.

“The trend predicts a generation of children and adolescents growing up obese and also malnourished.

“We need ways to make healthy, nutritious food more available at home and school, especially in poor families and communities, and regulations and taxes to protect children from unhealthy foods.” The new global analysis of trends in child and adolescent obesity in 200 countries was published in The Lancet ahead of World Obesity Day.

Excessive weight gain in childhood and adolescence is associated with a higher risk and earlier onset of chronic diseases such as type 2 diabetes, worse psychosocial and educational outcomes, and lifelong harms since weight loss is hard to achieve.

Average child and adolescent BMI remains high in North America and Europe but trends have plateaued in recent years, even while average BMI among adults continues to rise.

By contrast, the rise in average BMI has accelerated in many parts of Asia.

Professor Ezzati added: “While there have been some initiatives led by governments, communities or schools to increase awareness about childhood and adolescent obesity, most high income countries have been reluctant to use taxes and industry regulations to change eating and drinking behaviours to tackle child obesity.

“Most importantly, very few policies and programmes attempt to make healthy foods such as whole grains and fresh fruits and vegetables affordable to poor families.

“Unaffordability of healthy food options to the poor can lead to social inequalities in obesity, and limit how much we can reduce its burden.”

Dr Fiona Bull at WHO, said: “These data highlight, remind and reinforce that overweight and obesity is a global health crisis today, and threatens to worsen in coming years unless we start taking drastic action.”

In 2016, obesity rates were highest overall in Polynesia and Micronesia, at 25.4% in girls and 22.4% in boys, followed by the high-income English-speaking region.

In Europe, girls in Malta and boys in Greece had the highest obesity rates, at 11.3% and 16.7% of the population respectively.

Girls and boys in Moldova had the lowest obesity rates, at 3.2% and 5% of the population respectively.