A tubby, tusked mammal that survived the biggest extinction in Earth’s history may hold the key to saving the planet, according to new research. Lystrosaurus lived through the ‘Great Dying’ at the end of the Permian about 252 million years ago which wiped out 70 per cent of land living vertebrates. This drastic loss of […] 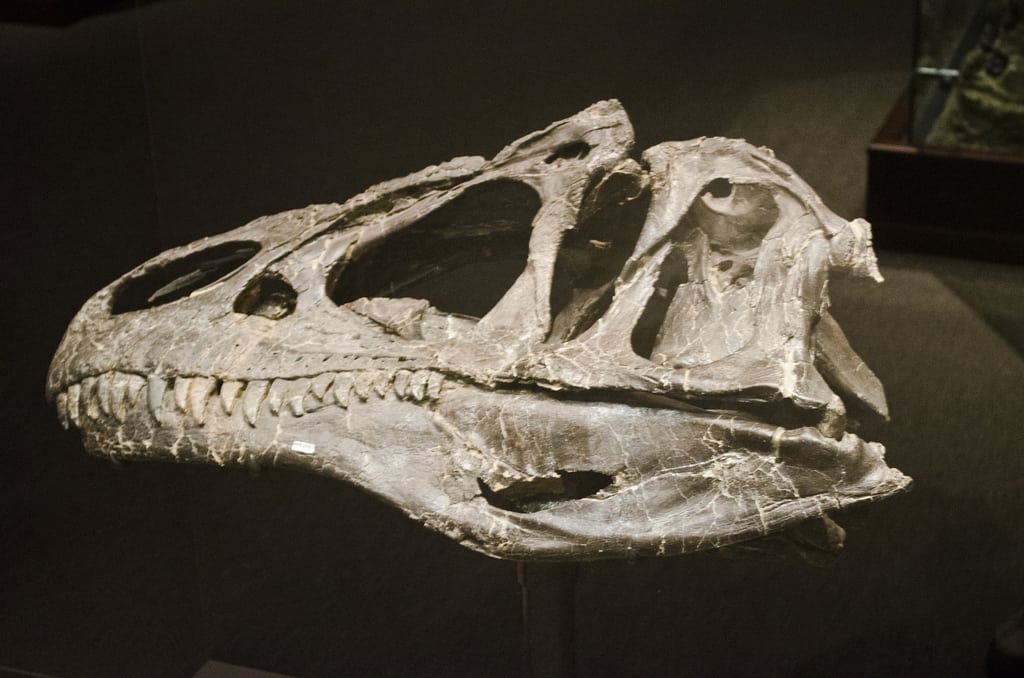 A tubby, tusked mammal that survived the biggest extinction in Earth’s history may hold the key to saving the planet, according to new research.

Lystrosaurus lived through the ‘Great Dying’ at the end of the Permian about 252 million years ago which wiped out 70 per cent of land living vertebrates.

This drastic loss of biodiversity led to global ‘disaster faunas’ dominated by a small number of species, say scientists.

One of those still standing was Lystrosaurus, an early relative of mammals whose fossils are known from Russia, China, India, Africa and Antarctica.

A British, US and South American team assessed long-term changes in the supercontinent Pangaea in nearly 900 animal species between 260 and 175 million years ago, spanning the late Permian to Early Jurassic.

This period witnessed two mass extinctions and the origins of dinosaurs and many modern vertebrate groups.

Dr David Button, of North Carolina State University, said: “These results show that, after both mass extinctions, biological communities not only lost a large number of species, but also became dominated by widespread, newly-evolving species, leading to low diversity across the globe.

“These common patterns suggest that mass extinctions have predictable influences on animal distributions and may have the potential to guide modern conservation efforts.”

Lystrosaurus was about the size of a dog and looked like a cross between a pig and a lizard.

It was a burrower with powerful front legs who probably dug its own den every night.

Somehow, it managed to survive the worst mass extinction in history caused by massive volcanic eruptions that turned the planet into a greenhouse and killed 95 per cent of all species.

Another wave of volcanic activity about 200 million years ago, known as the end-Triassic event, then wiped out a large proportion of life on Earth again, including around a third of marine species, allowing the dinosaurs to take over.

The researchers said extinctions were very important in shaping the evolutionary history of life.

The end-Permian event wiped out many of the groups which dominated life on land at the time.

By doing so, it freed up ecological niches and allowed new groups to evolve, including the earliest dinosaurs, crocodiles and relatives of mammals and lizards.

The team compared the similarity of animal communities from different regions of the globe based both on which species they shared, and how closely related the species from one region were to those from other regions

This allowed them to calculate the overall similarity of faunas from across the globe through time – the “Biogeographic connectedness”.

Due to human activity, we are currently in the sixth mass extinction.

There are already concerns that humans are driving global faunas to become more homogenous as a result of landscape simplification, increasing temperatures and introduction of exotic species.

The researchers said the findings published in Nature Communications identifies an additional contributor to this risk, as ongoing biodiversity loss will be expected to result in a “disaster fauna” of more similar species across the globe.

Dr Martin Ezcurra, of the Argentine Museum of Natural Sciences, Buenos Aires, said: “The fossil record has the potential to test evolutionary hypotheses in long time spans, which is not possible if evolutionary researches all limited to living plant and animals.

“This study allows understanding better how macroevolutionary patterns developed in the deep time and may help to predict large-scale ecological changes in the short term.”