Taken over by the East London Pub Co, The Gun has re-launched with updated interiors and a selection of new food menus. First opened in 1929, named after Henry VIII’s nearby artillery factory, the pub’s new building, on the ground floor of the London Fruit & Wool Exchange has seen an expensive renovation, with the […] 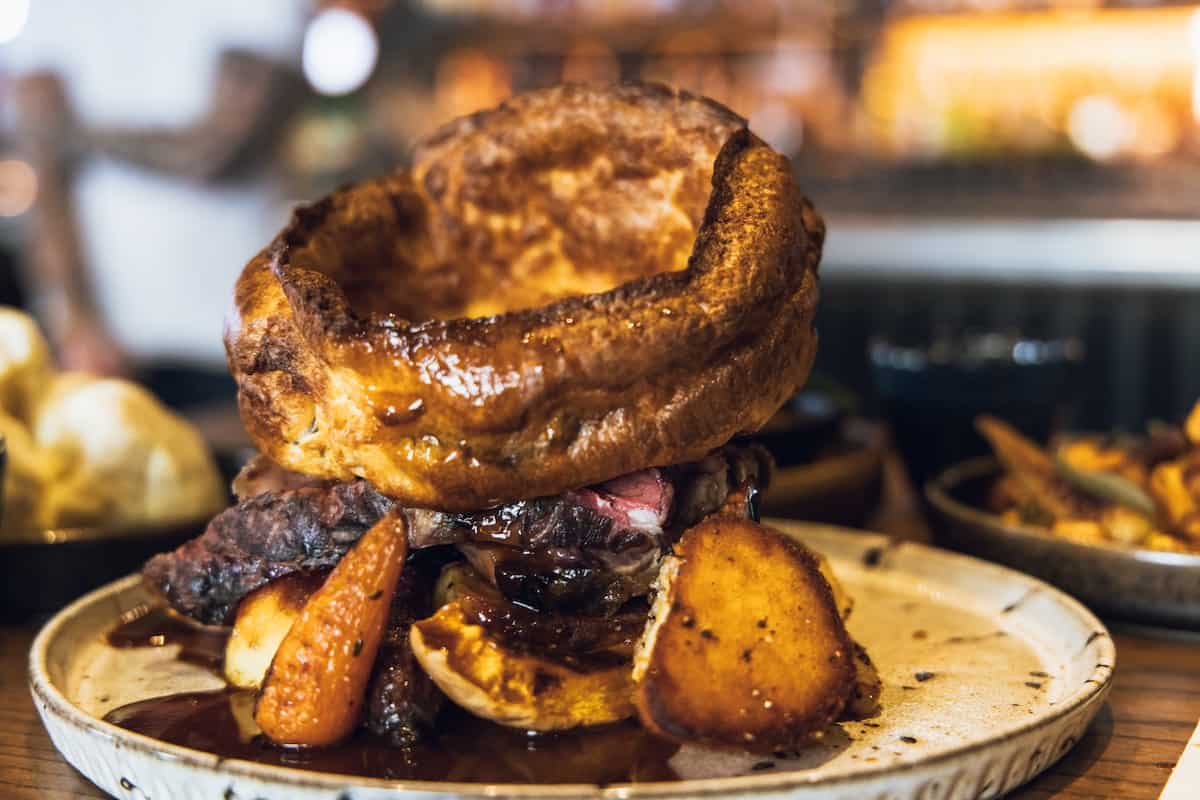 Taken over by the East London Pub Co, The Gun has re-launched with updated interiors and a selection of new food menus.

First opened in 1929, named after Henry VIII’s nearby artillery factory, the pub’s new building, on the ground floor of the London Fruit & Wool Exchange has seen an expensive renovation, with the group planning to make The Gun its flagship London venue, joining the likes of Ten Bells (just around the corner) and The Lock Tavern in Camden. High ceilings evoke those of Victorian artillery factories, joined by a pewter bar counter with copper finishing and green marble, which dominates the main room; plus, plush velvet seating and an open fire. While the bar and dining area are comfortable, aided by typically friendly bar staff, the polished site is more akin to a restaurant or trendy New York bar than a traditional British pub.

Moreover, an extensive new beer selection is also served – combining a mix of well-known breweries with up-and-coming London-based brands – alongside a list of wines, ‘craft’ spirits and a wide selection of gins. As for the food, Executive Chef Jimi Tegerdine’s menu features an array of small plates, with a Saturday brunch menu also available alongside a live brunch cocktail list. Like many strains of this new breed of high-end pub, The Gun also serves a Sunday roast of note.

A recent Sunday lunch began with an exemplary dish of fried chicken (£7.50), featuring boneless strips of flesh cloaked with craggy batter, deftly cooked and amplified by a drizzle dip of sriracha mayonnaise and Japanese togarashi, further embellished with slices of chilli and coriander fronds.

Next, a sharing option offered a selection of all three roast meats for two to share (£20 each) with a portion size that can be considered generous, to say the least. Served in a giant Yorkshire pudding, herby chicken, rib of beef slow-roasted for 12 hours and slow-cooked lamb shoulder were each embellished with an ideal amount of thick gravy. I’d like the beef, in particular, to have been served rarer, but slow-cooking at a low temperature saved the meat from becoming unpalatably dry. The lamb was better, however, but the herby chicken was the unexpected highlight of the three. So often cooked to the point of inedibility: dry, bland, generally futile, Britain’s new Sunday roast favourite at The Gun was practically perfect.

Joining the meats, roast potatoes may have benefited from an extra 20 minutes in the oven, but were well-sized and generously seasoned, while an assortment of roasted veg saw carrots, parsnips and onions with natural sweetness gloriously extracted through having been roasted over a high heat.

A handful of classic desserts are also served to follow the Sunday roast, including the likes of cheesecake or sticky date pudding, plus a trio of “frozen goods”: ice creams, sorbets or creations that straddle the line between both. Cereal ice cream had a cleverly-executed flavour profile; Mars bar ice cream harboured plenty of nostalgic splendour, restraining the chocolate element and, thankfully, showcasing the nougat aspect; while champagne sorbet worked as a fresh, luxurious palate cleanser.

The Gun can be found at 54 Brushfield Street, London, E1 6AG.