The best ideas are generated in BED, a study has found. Research revealed inspiration is most likely to strike either when we are just dozing off, just waking up – or in the middle of the night when we are fast asleep. More than four our of ten adults who took part in the study […] 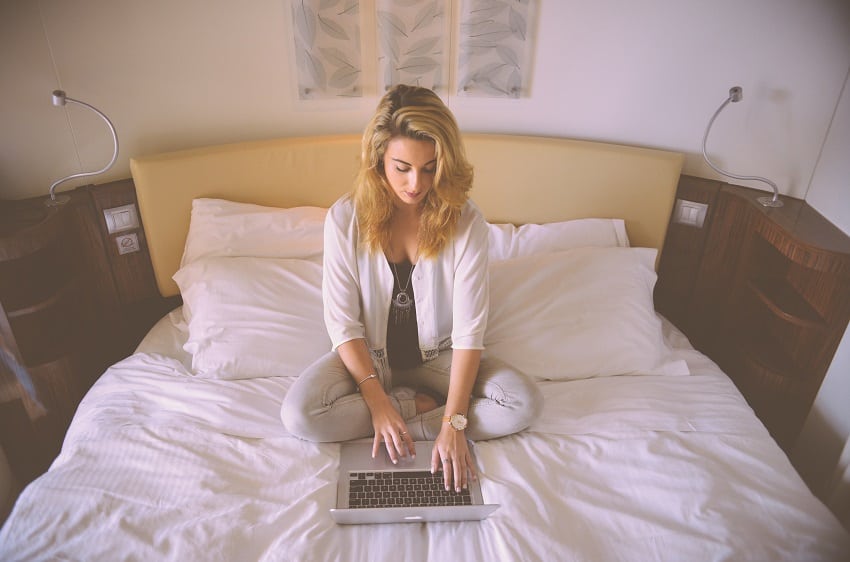 The best ideas are generated in BED, a study has found.

Research revealed inspiration is most likely to strike either when we are just dozing off, just waking up – or in the middle of the night when we are fast asleep.

More than four our of ten adults who took part in the study said they felt their bed was a conducive environment for the emergence of brilliant creativity.

Going for a walk came second while listening to music was third. The shower and behind the wheel of a car completed the top five.

The research among 2,000 Brits was carried out by Microsoft Surface to celebrate its partnership with D&AD (Design and Art Direction) and UK inventor Dominic Wilcox.

Despite over half (53 per cent) of Brits believing they are creative thinkers, a worrying four out of 10 (42 per cent) claimed to be too busy to spend time coming up with the next big invention.

It also emerged women claim to have much more of a creative spark than men, with 57 per cent of women considering themselves creative compared to 48 per cent of men.

However, when it comes to time, it’s clear that both sexes are struggling, with 41 per cent of the panel agreeing they wish they had more time to focus on creativity.

Poignantly, when it comes to sharing their ideas with friends, family and colleagues, 65 per cent of survey respondents DON’T share their brilliant ideas because they are worried about other people’s opinions.

Others said they feared their ideas being judged as not good enough.

Interestingly, confidence was cited by 31 per cent as one of the key attributes we need to have in order to be creative, the OnePoll study found.

Dominic Wilcox added: “Some people get their thrills from bungee jumping or scoring a winning goal at Wembley, but I get mine from coming up with creative ideas.

”Creativity is important because the world has many problems and challenges, and we need a lot more people with creative solutions to solve them.

”I think that everyone can become more creative and increase their ability to think up new ideas.

”Creativity is just a particular way of thinking that can be learned and practiced like any other skill.”

Gillian Binks, senior category manager for Microsoft Surface, said: “Surface devices have been designed to help unlock creativity in work, play and problem solving for everyone.

”’We’re excited to be partnering with D&AD and shining a spotlight on five creative minds to show how technology can give people the tools to creatively solve everyday problems of people in the UK and perhaps in the future become the next great designer or inventor.”

The solutions will be brought to life during a dedicated three-day exhibition Extraordinary Solutions for Everyday Problems, which will take place as part of the prestigious “D&AD Festival” between 21-23 May at the Truman Brewery in London.