Currently experiencing a monumental surge in popularity, research company EuroMonitor suggests that gin will overtake whisky as the nation’s favourite spirit by 2020. The same report reveals sales of gin and Scotch whisky almost broke even last year, but it’s hardly surprising, considering so many whisky distilleries have begun to experiment with gin. Taking far […] 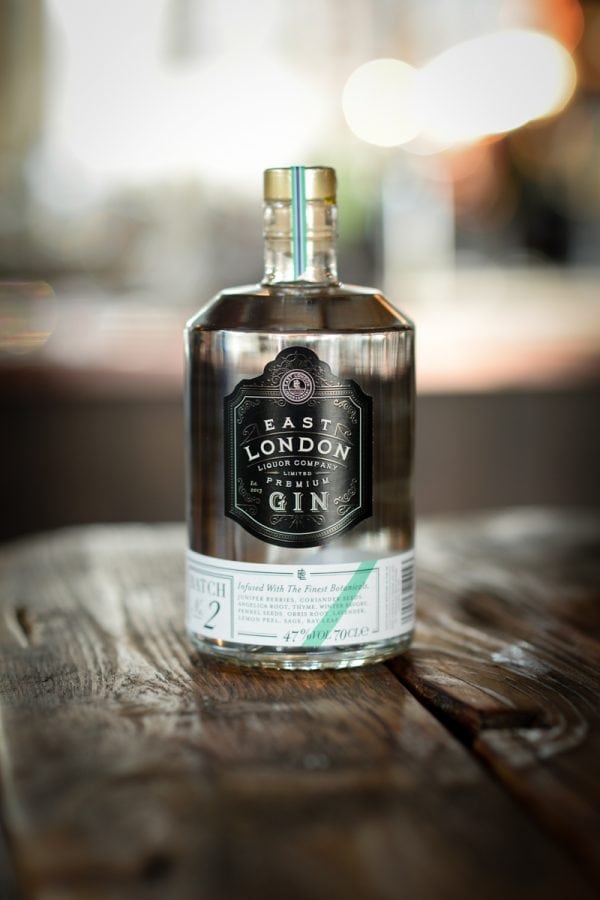 Currently experiencing a monumental surge in popularity, research company EuroMonitor suggests that gin will overtake whisky as the nation’s favourite spirit by 2020.

The same report reveals sales of gin and Scotch whisky almost broke even last year, but it’s hardly surprising, considering so many whisky distilleries have begun to experiment with gin. Taking far less time to produce, ultimately leading to faster turnaround and higher profit margins, most of the gins enjoyed in the UK (more than 70 per-cent) are, in fact, Scottish – opposing the general belief that gin is typically a quintessentially English spirit.

East London Liquor Company, however, is one of the London distilleries that stands out through the 21st Century Gin Craze. Set up in 2013 by Founder Alex Wolpert, having previously held numerous jobs within the food and drink industry, East London Liquor Company operates from the site of an old pub on the site of the former glue factory in Bow Wharf, close to Victoria Park. The distillery’s site is just a few miles from the location of the Lea Valley Distillery – one of the last places to distil whisky in England, over 100 years before the modern craft explosion.

Producing and importing a range of handcrafted spirits which include gin, vodka, rum and whisky (ready next year), the distillery use a 450-litre still to produce their gins using a one shot method, without macerating the botanicals prior to distilling. With three gins to their name, the first (‘London Dry Gin’) is a house style gin, while the following ‘Premium Batches’ are both stronger and distilled with a more complex botanical structure. ‘Premium Batch No. 2’, for instance, is distilled with juniper berries, coriander seeds, angelica root, thyme, winter savory, fennel seeds, orris root, lavender, lemon peel, sage and bay leaf.

When poured, East London Liquor Company’s ‘Premium Batch No. 2’ gin is crystal clear with some slight stickiness. On the nose, floral notes of lavender are joined by herbal complexity lead by pungent thyme, plus aromas of white sage and coriander, complete with juniper berries and pink grapefruit rind. On the palate, prominent sweet marshmallow notes are initially prominent, though they’re quickly balanced by more bulbous thyme flavours, continuing with some herbal, woody savouriness, rounded-off with citrus peel notes.

A remarkably smooth gin, the finish is warm and complex without too much spice, while the fierce alcohol potency (47 per-cent) is misleadingly tame on the palate. In addition to its exceptional smoothness, it’s the complexity and expert balance of ingredients that really set this particular gin aside from its fierce competition. Best served neat, or as the base of East London Liquor Company’s ‘Batch 2 Negroni’.

Further information on East London Liquor Company ‘Premium Batch No. 2’ gin can be found at eastlondonliquorcompany.com.

Stir over ice, serve shot. Garnish with an orange zest.