A new Session IPA from the Berkshire brewery. 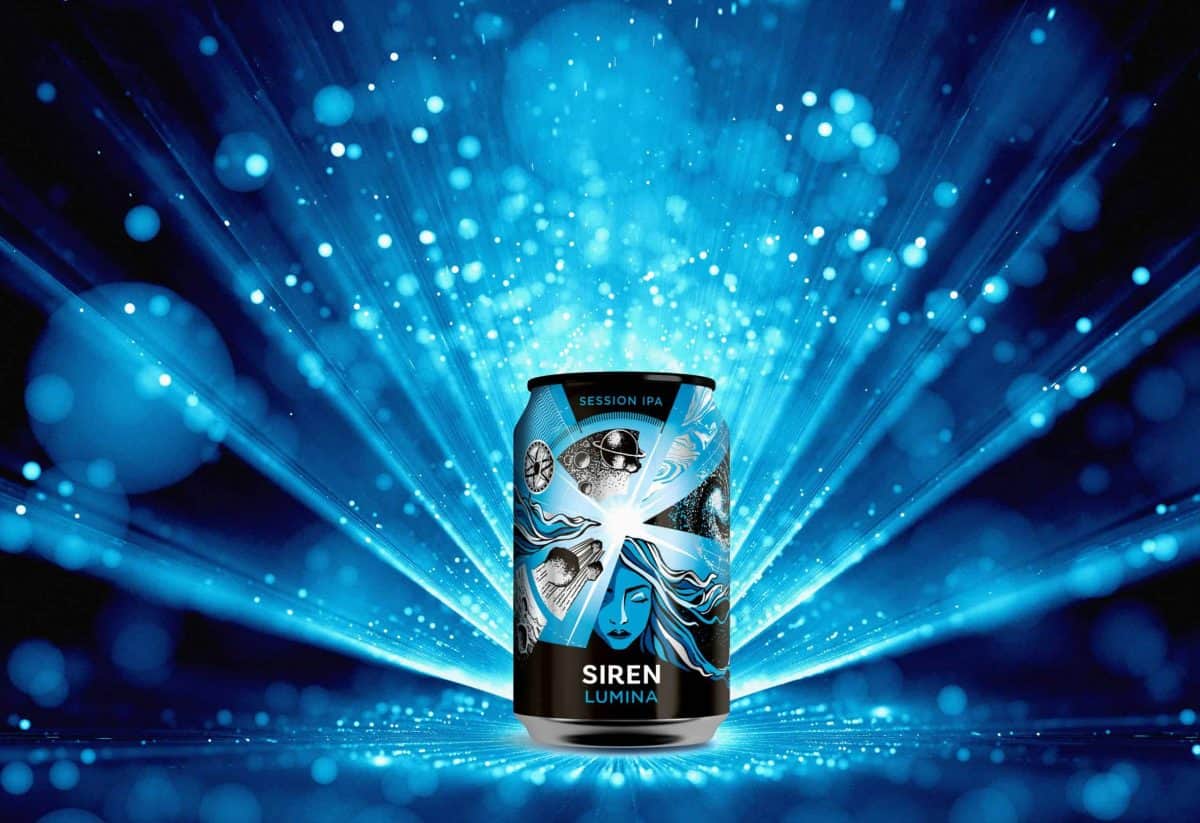 A new Session IPA, Lumina is the latest beer to join Siren Craft Brew’s core range of beers. Having spent years in the making, Lumina is the product of tireless experimenting with different combinations of the best quality malts and hops to produce a new addition to the brewery’s range of flavour-forward beers.

Brewed in Finchampstead, Berkshire, the final result is brewed with Marris Otter malts and a selection of dry and kettle variety hops, including Hallertau Blanc, Mosaic, Chinook, Azacca, and Ekuanot, plus Vermont yeast. While Marris Otter provides the beer’s malt backbone, it’s layered with both flaked and malted oats, which have been combined to add depth and volume to the body. Labelled as “a beer that everybody can enjoy and appreciate”, Lumina is also vegan friendly and gluten-free.

Established in 2013, Siren Craft Brew is a passionately independent brewery, with the team of three having grown to include over 40 people, with 3 million pints (5 million cans) produced in 2019. Founded by Darron Anley, the brewery now exports to 18 countries worldwide, self-distributes throughout the UK and is now stocked by Waitrose, Morrisons, leading chains plus independent pubs, shops, and restaurants. With a prolific brewing schedule, Siren Craft Brew releases an average on one experimental beer every week.

Inspiration for the beers produced is drawn from Greek mythology, with the sirens’ voices said to entwine into a complex, layered melody. A trait that the team at Siren Craft Brew compare to brewing high-quality beers.

On pour, Siren Craft Brew Lumina is golden and lightly hazy. Prominent hoppy citrus aromas are joined by some pine resin and feint popcorn. Juicy citrus peel notes continue on the palate, with prominent savours of orange and grapefruit zest, plus further pine resin and tropical flavours of mango, pineapple and papaya against the sweet malt backdrop. A refreshing juicy hop bitterness is then prevalent on the finish. Medium bodied and surprisingly bold given its ABV (4.2 percent), Lumina is a solid Session IPA.