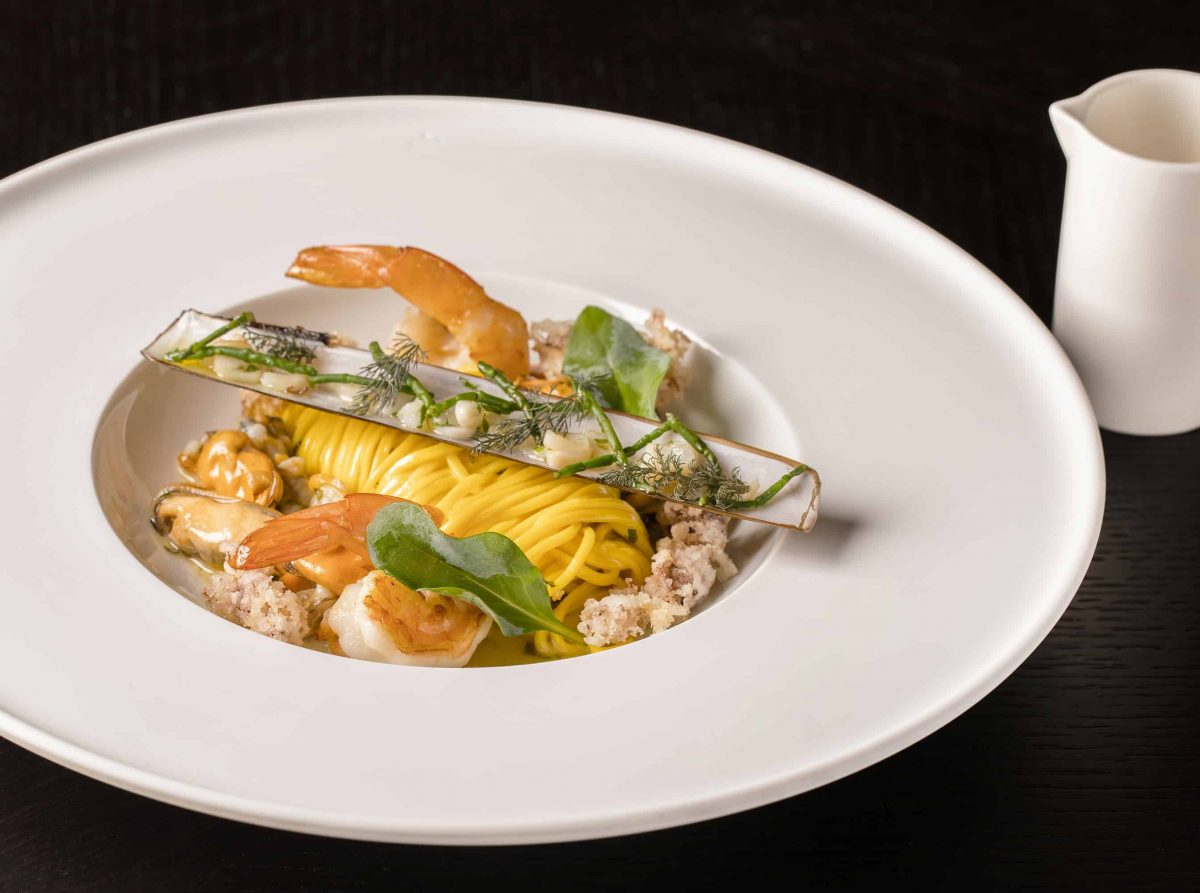 In June last year, chef Gordon Ramsay ruffled feathers with the launch of Lucky Cat. Touted as a “vibrant Asian eating house”, the restaurant opened in the London Marriott, Grosvenor Square, taking over the former site of Maze, formerly Michelin-starred, with plenty of renowned chefs having previously worked in the kitchen – including Jason Atherton who has gone on to run a particularly successful global restaurant empire since departing Maze over 10 years ago.

Alongside making headlines for a recent keyboard feud with Nigella Lawson and cooking for Donald Trump during his U.K. state visit last year, Atherton opened a brand new restaurant last year, directly opposite Lucky Cat. A new £5 million project announced just days after the chef confirmed he would be closing Social Wine and Tapas, The Betterment is the recently launched The Biltmore Hotel’s flagship restaurant. An upmarket brand within the Hilton hotel group, the hotel opened in September 2019. Named after the chef’s progression from the launch of Pollen Street Social in 2011, up to today, The Betterment occupies the hotel’s ground floor, with head chef Paul Walsh brought in to oversee the kitchen – formerly head chef of Atherton’s City Social, for the past five years.

Split into four key spaces, the large restaurant seems to suffer a bit of an identity crisis, with a disconnect running throughout the dining rooms. Otherwise, the space is festooned with dark wood accents, comfortable seats, flashes of gold and various art deco nods, low-lit at dinner while clubby lounge music plays. A covered terrace is also on hand, while servers are extremely professional in a manner typical of Jason Atherton’s restaurants: well-groomed, impeccably dressed and happy to explain various dishes and make recommendations from the relatively long menu.

“Dedicated to the seasons”, the menu is split into seafood and starters, followed by mains (plus some larger dishes for sharing) and a reasonable selection of side dishes. What’s most notable, other than the high prices, is the format that seems to favour the traditional method of championing three-course meals rather than a parade of small sharing plates: a trend that dominated the 2010s. A cold winter’s evening was brightened by the promise of pork cheek terrine, elegantly presented with lightly pickled vegetables cut into flowers, joined by some sweet apple puree. Featuring a remarkable fat: flesh ratio, with perfectly prepared pig’s cheek, the terrine was technically one of the best I’ve ever eaten in London (as it should have been at £14). Even better with a glass of Nyetimber from the Champagne trolley that effortlessly glides around the dining room, steered by an exceptionally knowledgeable sommelier.

A starter of Brixham crab, on the other hand, worked quite well considering the unorthodox line up of ingredients promised. Brixham crab, almond, rose water and caviar (£22). Rose water is generally best left to desserts or to the bathroom, but was subtle enough to avoid overpowering the delicate crab, capped with a generous pat of caviar. Another delicate fish dish featured a tranche of kombu-cured halibut – accurately cooked and teamed with kohlrabi, some sea purslane and a deeply umami mushroom dashi, again restrained enough to avoid overwhelming the fish (£34). Loin of Highland venison, on the other hand, was a substantial, seasonally appropriate choice, also expertly cooked and finished with some Trompettes and a whisper of quince with enough sharpness to cut through the venison’s deep richness (£34).

A small portion of chips cooked in beef dripping were some of the best I’ve eaten – heavily seasoned, soft inside and cloaked with a crisp, craggy exterior – joined by a gloriously insalubrious mushroom and truffle ketchup. The £9 price tag is ludicrous, however, as anybody else with any concept of money will agree – I’m sure. An onion ‘flower’, however, was one of the best things I ate all year (£8). Gloriously simple in its execution, a large onion was sliced to resemble a lotus flower, brined overnight, tossed in flour and deep fried, harbouring a gorgeous sweetness which worked in delicious harmony with the vivid chive emulsion on the side. Although offering comparatively sensible value at £15 for two people, the ice fruit tower wasn’t the most exhilarating of dessert choices, but featured good-quality produce and provided a light, palate cleansing conclusion to dinner.

While The Betterment doesn’t necessarily hit all of the correct notes in unison, nor will it be for everyone, the restaurant does employ Jason Atherton’s successful model of fine dining with food that’s often genuinely exciting, straying from the unexciting cook-by-numbers flummery so synonymous with fancy hotel restaurants. Needless to say, it’s also Grosvenor Square’s best new restaurant opening.

The Betterment by Jason Atherton can be found at 44 Grosvenor Square, London, W1K 2HP.