An American-inspired restaurant adjacent to the new U.S. Embassy. 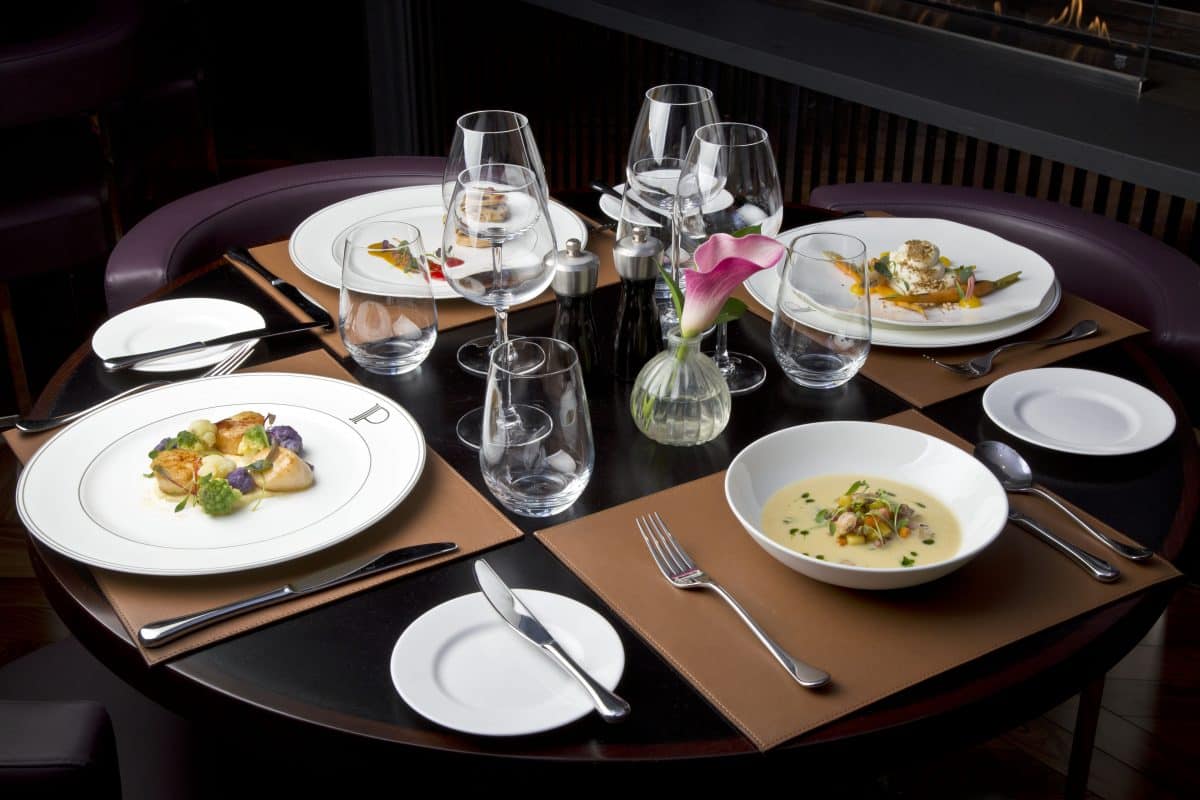 Nine Elms, the south London home of the new U.S. embassy is “an off location”, according to a tweet from the United States’ 45th POTUS. Donald Trump has publicly slammed the embassy’s new location on numerous occasions, cancelling visits and criticising the “lousy”, “horrible location” during a Michigan rally last year.

The Crowne Plaza London on Albert Embankment are far fonder of the embassy’s new local venue, having named their new restaurant POTUS, championing a breed of “reimagined” American classics. Quietly opened last Halloween, the restaurant occupies the hotel’s ground floor, set across a frostily corporate space as cold as the grave with its parade of dark leather, unsympathetic lighting and taupe walls. A live pianist brought a certain charm to the room otherwise entirely bereft of atmosphere during a recent mid-week visit. It’s also worth noting that service is also charming, eager to please and attempts – at the very least – to compensate for some of the restaurant’s key struggles.

In the kitchen, Scottish chef Ruaraidh Campbell has recently taken over from Pablo Peñalosa (formerly of MNKY HSE), having devised a new selection of twists on American and British favourites. On the menu, dishes include the likes of ‘POTUS buttermilk chicken strips’, San Francisco seafood risotto and various steaks. A recent dinner began with a glass of outstanding Chilean red and a round of very good bread and butter flecked with smoked sea salt and maple syrup.

A deconstructed take on a hot dog followed (£12), gussied up for a fine dining setting. A dish synonymous with America via Germany and Austria, hot dogs are not refined, nor do they need to be. The sentiment behind the dish has merit, but the execution was, simply, quite baffling. In place of a wiener of frankfurter, smoked chicken was joined by onion mousse and a disc of dry puff pastry overcompensated by lashings of ketchup and unusually saccharine mustard.

Better was the New England clam chowder (£10) – elegant, refined and rampant with cream although harbouring a highly unusual hum of actual hot dogs, also enlivened by some pancetta alongside the new potatoes, carrot and celery. ‘POTUS Cajun Chicken’ (£19) was a dish of two halves. On one side of the plate, a roasted chicken breast was cooked remarkably, surprisingly flavoursome, enlivened by a rich, lightly spiced jus with the depth of gravy. Otherwise, strips of buttermilk chicken were cooked to fuck and tasted of little other than funky vegetable oil, lounging on a bed of sweet potato puree with an alarming taste of Play-Dough.

POTUS’ American-style fish and chips (£18) was even more dysfunctional. A spin on a classic that nobody asked for. Here, a tranche of ‘Southern fried’ hake was overcooked and cloaked with under seasoned batter, joined by sweet potato fries and some roasted corn that brought nothing to the dish besides a flash of colour. The use of hake in place of cod was commendable, but otherwise the dish underpinned the restaurant’s shortcomings, employing wanton gimmicks to entice non hotel guests, ultimately overshadowing what would be enjoyed as very good classical cooking.

The ‘Banoffee Bomb’ (£10) was an insalubrious mess of banana mousse and caramelised banana under a chocolate sphere, with piping hot caramel sauce poured at the table. A dish that would impress many fans of heavy, chocolate-focussed desserts – I’m sure. Otherwise, a slice of baked New York-style cheesecake (£9.50) was a particular highlight, teamed with macerated berries and white chocolate ice cream. A rare glimmer of the kitchen team’s impressive grasp of competent classic cooking, alas so often riddled with superfluous gimmicks. Food fit for a president? One who makes no secret of his love for fast food and enjoys his steak cooked well-done, with ketchup? Perhaps.

POTUS can be found at 10 Albert Embankment, London, SE1 7SP.