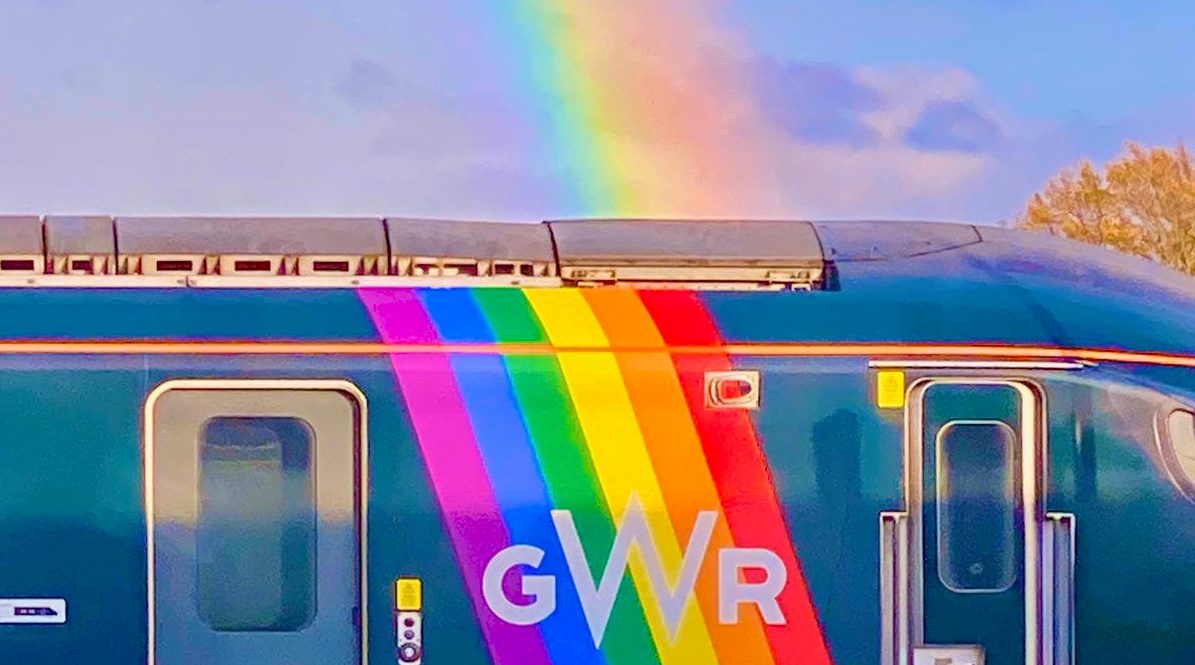 A commuter snapped this amazing photo of a rainbow – perfectly in line with a rainbow logo on a train.

Financial controller Neil Criddle, 35, was catching a train home to Weston-super-Mare from Bristol when the rainbow appeared in the sky.

Noticing it was in line with a GWR Pride train on the opposite platform, quick-thinking Neil hopped on the train, whipped out his phone, and took a photo.

He managed to snap this shot as his train departed from Temple Meads – and as the GWR Pride train also moved away at the same time.

Neil said: “It was pretty unique, it’s not something that will probably ever happen again.

“I was rushing home when there was a quick shower, and then the sun came out. I looked up, and saw the rainbow.

“That was pretty enough, but then I saw it matched with the Pride train underneath.

“As I got on my train, mine plus the Pride train began to move, so I rushed to get my phone out and get a picture of it.

“That was a miracle rainbow, I was just in the right place at the right time.”

Neil took his photo around 5pm on October 17.