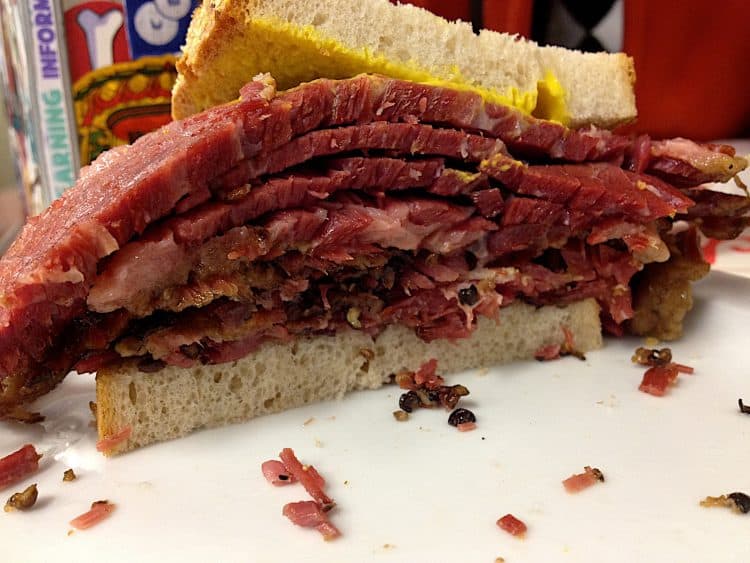 Synonymous with Jewish delicatessens in the United States, salt beef (or corned beef, as its often known) typically comprises a large piece of beef brisket that’s brined with salt and other aromatics before being gently boiled.

Cherished as an ingredient in many international cuisines, the exact origins of salt beef are unknown, but it’s presumed to have come about when people began preserving meat through the medium of salt-curing. Due to its non-perishable nature, salt beef was particularly popular amongst British naval fleets and North American armies from the 17th century until the mid-19th century. It was also popular throughout numerous wars, including the First World War and Second World War, during which fresh meat was rationed. In the UK, the canned form was most popular, with over 16 million cans exported from Fray Bentos in Uruguay in 1943 alone.

With the canned version of salt beef known as ‘corned beef’ in the UK, the actual product slightly differs from the corned beef of the United States. In essence, the beef is the same, but in the UK corned beef generally refers to salt beef that has been finely minced and mixed with a small amount of gelatine. Regardless of the differences, the name ‘corned beef’ is derived from the Old English use of ‘corn’ to described small, hard particles or grains. This can refer to the salt, or the corns of potassium nitrate (saltpeter) once commonly used in salt beef recipes to preserve the meat.

Today, sodium nitrate (or Prague Powder) is more commonly used as the key preservative. As well as lending the meat its typical pink colour, the sodium nitrate adds flavour and helps to inhibit the growth of Clostridium botulinum, which can cause botulism. If you’re averse to using sodium nitrate, however, the salt beef can be made without, but the meat will have a less appetising grey complexion and will differ from classic salt beef in terms of texture.

After brining for five days (or less if you’re particularly short on time), the salt beef is then simmered for around 90 minutes per kilogram, until tender, and sliced across the grain. Best served as part of a Boxing Day feast, with potatoes and cabbage, or in freshly made beigels with a smear of mustard and plenty of sharp pickles. Leftovers are also perfect in a breakfast hash. 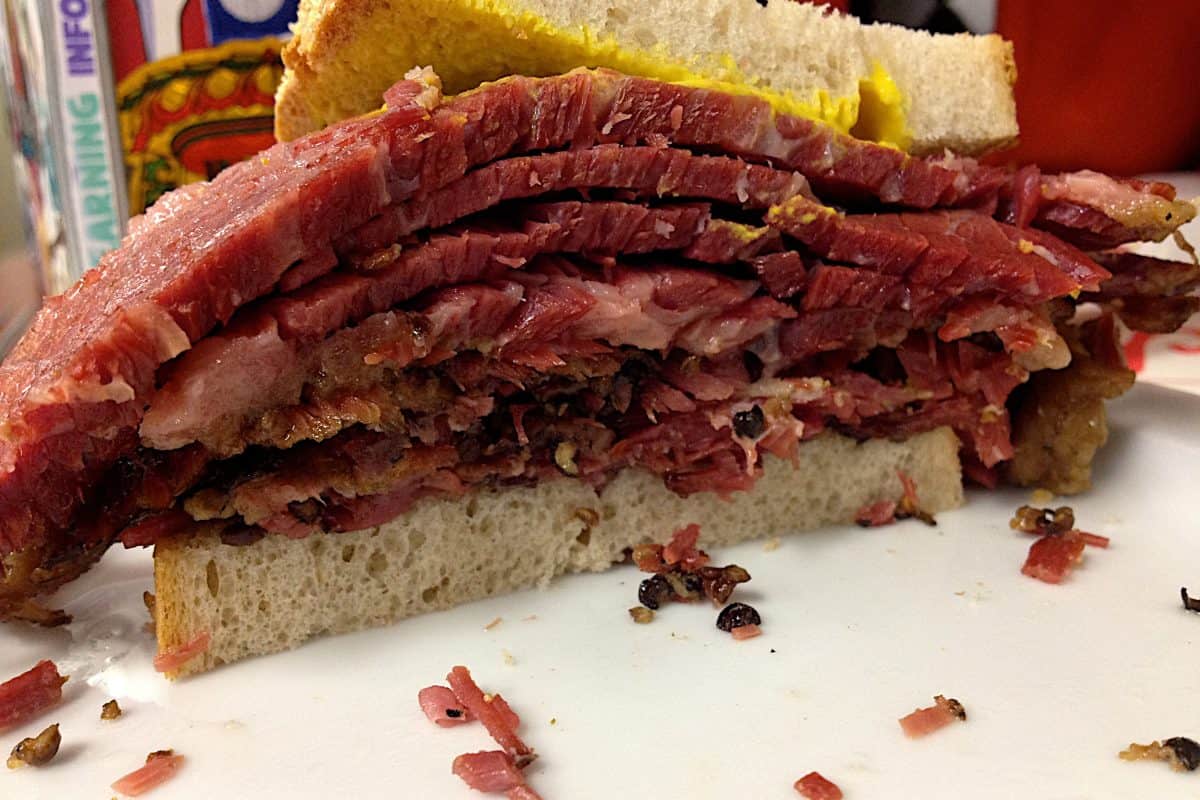 Related: A case for cooking roast goose this Christmas