Cooking a whole turkey needn’t be stressful: following an overnight dry brine, spatchcocked can be cooked perfectly in as few 90 minutes. 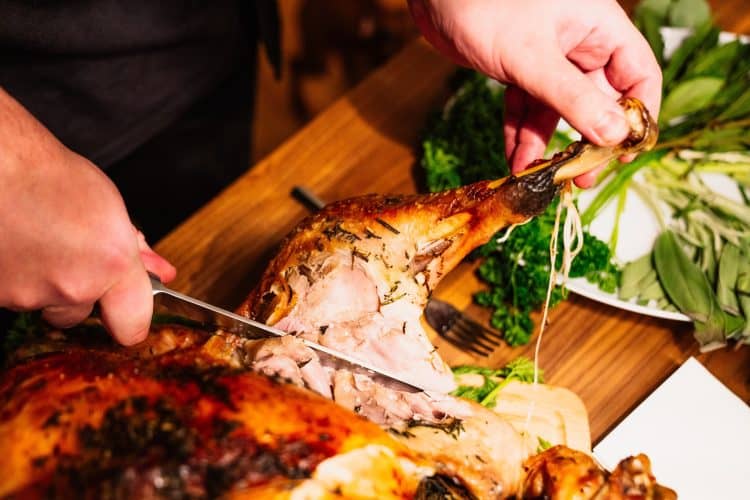 Despite concerns over shortages, turkey remains the UK’s most popular Christmas centrepiece. According to recent research conducted by Tesco, 68 per cent of adults plan on eating roast turkey this Christmas, which is a 20 per cent increase on last year.

With King Henry VIII having been the first English monarch to enjoy turkey on Christmas Day during the 1500s, the bird has remained fairly popular for the past few centuries, considered a luxury until the 1950s when refrigerators became commonplace in standard homes. Since then, roast turkey has become even more popular, with over 10 million turkeys now believed to be enjoyed in the UK on Christmas Day.

Regardless of its current surge in popularity, however, preparing and cooking a whole turkey can be stressful, especially if it’s part of a large meal for a group of people. At its worst, roast turkey can be extremely dry, bland and thus generally unappetising, but also dangerous if undercooked. But at its best, turkey can be succulent and delicious, even rivalling the greatest of roast chickens. Just please don’t buy a crown: not only are they a gratuitous waste of both meat and money, they also contribute to thousands of legs, wings and giblets being wasted.

Not only does this turkey recipe yield delicious, perfectly cooked meat, most of the preparation takes place on the day before cooking, while the cooking time can take as few as 90 minutes, depending on size.

The keys to cooking a perfect turkey include some very simple butchery, in which the bird is spatchcocked (removing the back bone and flattening slightly), and leaving the skin to dry slightly overnight. Once spatchcocked, the turkey skin is rubbed with a generous amount of fine salt, baking powder, and a pinch of orange zest, then left overnight. The dry brine is then rinsed off before cooking, with the turkey patted dry and cooked in the oven for 90 minutes (based on a 3-4kg turkey, larger turkeys will take longer), then brushed with a mixture of butter and woody herbs part way through cooking. Serve with stuffing, gravy and trimmings of your choice. 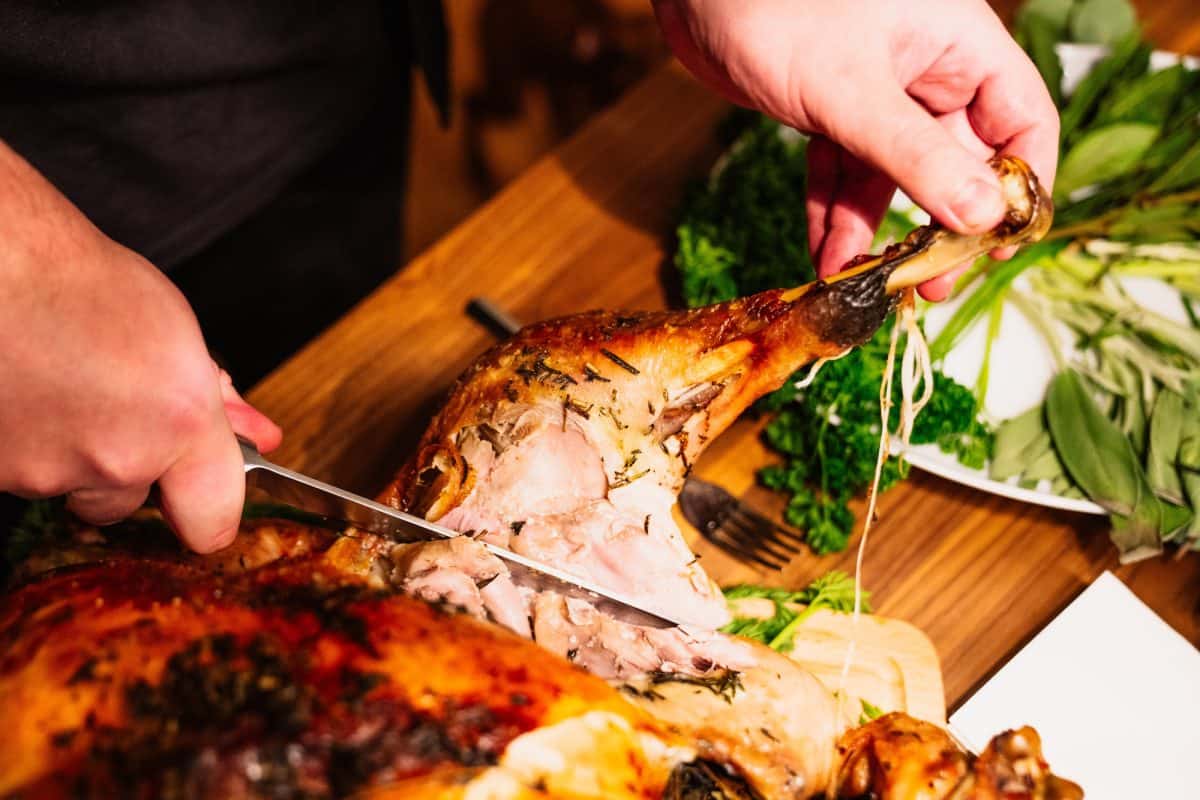