The chair of the British Poultry Council said we may have to "import turkey from France and Poland for a British Christmas". 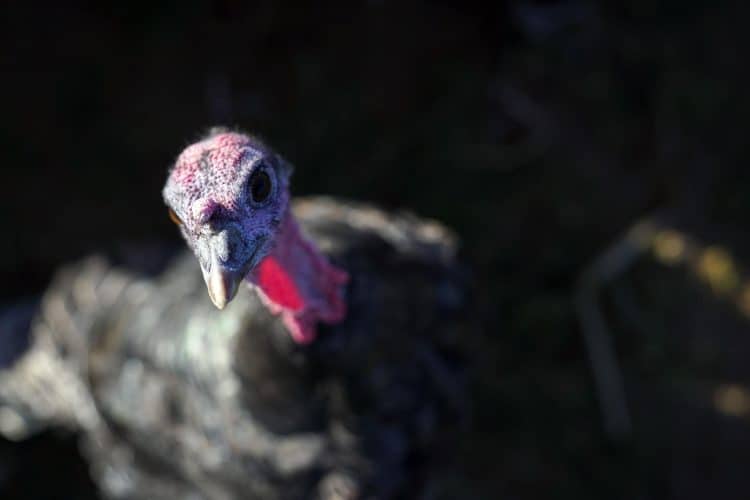 Christmas dinners are likely to lack one key ingredient this year: British turkeys.

MPs were warned on Tuesday that a lack of seasonal workers – because of Covid and Brexit – has led to the slaughter of pigs that could not be eaten, unpicked fruit and 300 tons of daffodil bulbs emptied into tips.

And Graeme Dear, chairman of the British Poultry Council, told MPs on the environment, food and rural affairs committee that turkeys may have to be imported from Europe.

“We will do our utmost to make sure that Christmas is as normal as it can be, but there is a likelihood that there will be a shortage. Had we known back in June or July, that would have been fixed,” he said.

“Around 90 per cent of our shortages are in the processing plants, and the irony is that we may find ourselves having to import turkey from France and Poland for a British Christmas, probably with some of the very workers we trained and left to go back to their homelands.”

Dear revealed that the poultry sector was experiencing labour shortages of around 16 per cent – and said government delays to allowing 5,500 seasonal migrant workers into the country meant they arrived to late to meet the festive rush.

Meanwhile, the farming industry warned that facilities are being “mothballed” and huge quantities of produce are going to waste due to labour shortages.

Tom Bradshaw, vice president of the National Farmers’ Union, told the committee that almost a quarter of this year’s daffodil crop was wasted as it could not be picked.

He added: “The food waste we are seeing at a farm level, whether courgettes, apples going unpicked, autumn raspberries not being picked at the moment and tragic culls going on in the pig sector, is completely inexcusable.

“It is within the gift of this Government to put solutions in place which will mean that this doesn’t happen next year, but that needs to happen urgently because the lack of confidence we’ve got across multiple sectors means investment plans are put on hold and many are mothballing facilities.

“We have glasshouses that should be growing tomatoes which are currently being mothballed because they don’t know if they will have the labour to pick them while energy costs are also spiralling and having an impact.”

The UK’s pork sector echoed concerns that labour shortages are resulting in a backlog.

Charlie Dewhirst, policy adviser of the National Pig Association, told MPs: “What’s happened with the pig sector is that the shortage at the processing sites has left more pigs on the farms and unable to enter the food supply chains.

“Some have reached the position where there is no contingency left to stock those animals and they have been culled, in a welfare cull, and not entered the food chain.

“It is a deeply distressing time for the industry.”