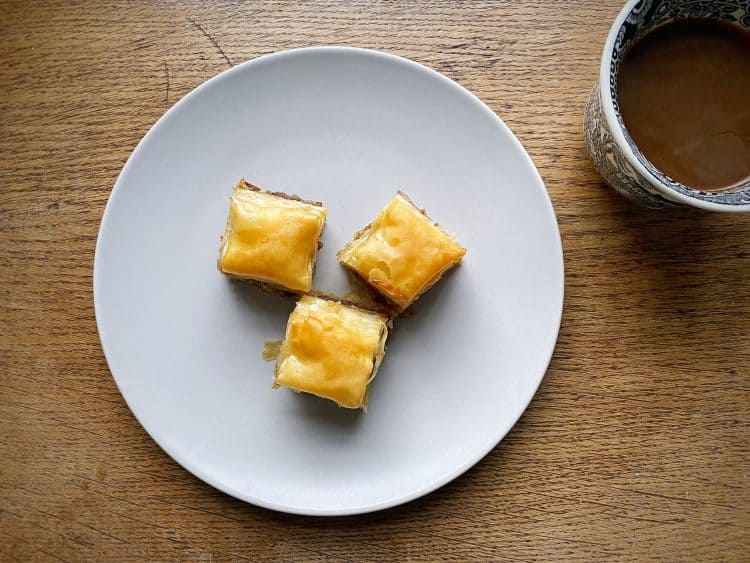 In the lead up to Christmas Day, mince pies are an absolute essential in most British homes. And with filo pastry mince pies having grown in popularity during recent years, we already known how well-suited the soft, rich filling is to the pastry’s sharp crunch. So it’s perhaps unsurprising that mince pie baklava works so well.

While the classic mince pie is generally considered an English dish, the filling ingredients are traceable to the 13th century, when returning European crusaders brought Middle Eastern recipes and spices home. At the time, mince pies would contain the Christmas symbolism of representing the gifts delivered to Jesus by the Biblical Magi. The ingredients typically featured a mixture of minced meat – including boiled beef and now out of favour tongue, suet, fruits, and spices including cinnamon, cloves, and nutmeg. Today, mince pies are generally made without meat (although suet and some animal fats often feature), though the spices and dried fruits remain a staple of traditional ‘mincemeat’. Those fruits and spices are also particularly suited to baklava, a layered pastry dessert that’s become one of the most popular sweet pastries of Ottoman cuisine.

Though many regional versions are available from numerous cuisines, including the likes of Turkish, Iranian, and Arab cuisines, plus other countries of the Levant and Maghreb, baklava is commonly prepared in large pans with layers of filo pastry. These layers are typically separated with melted butter, layered with chopped nuts such as walnuts, pistachios, or hazelnuts. It’s then baked and drenched with syrup that’s soaked up by the cooked pastry.

For this mince pie baklava recipe, the filo pastry layers are sandwiched with mincemeat, chopped pistachios and pecans, ground almonds, and crystalised ginger. It’s then baked and finished with a generous drizzle of syrup infused with cinnamon and orange. 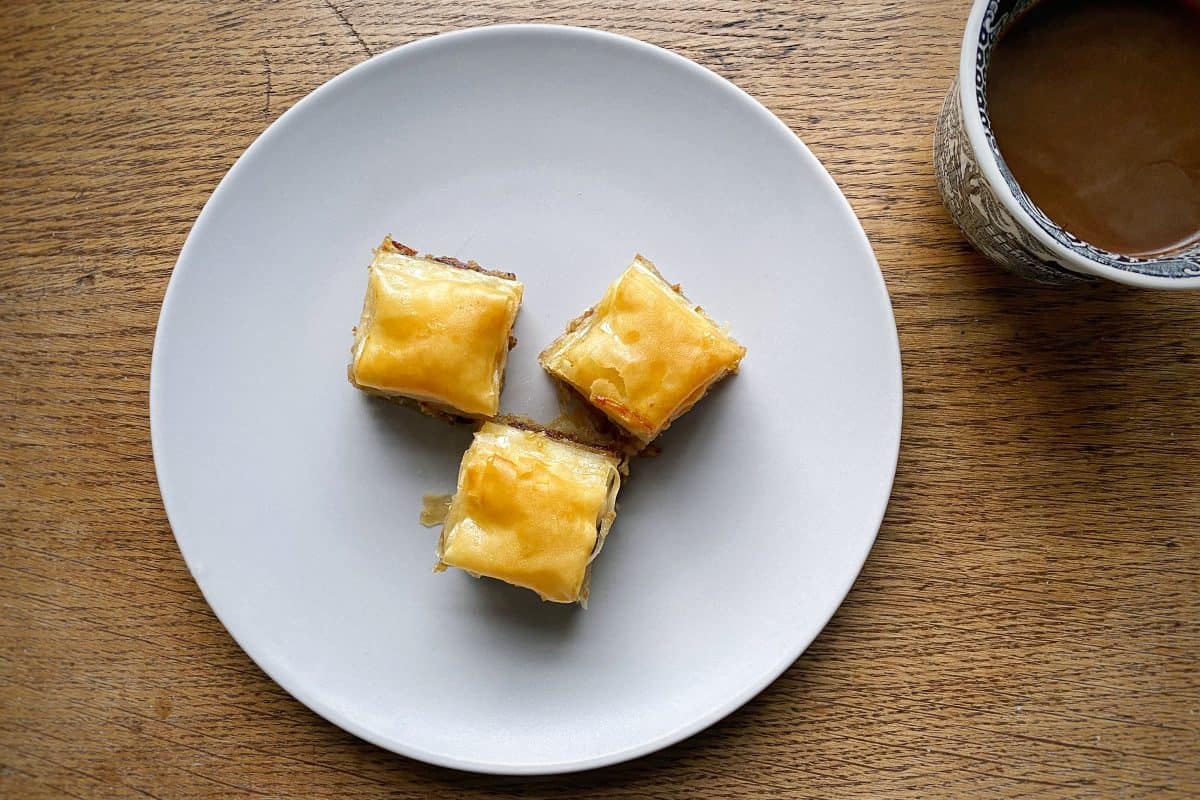