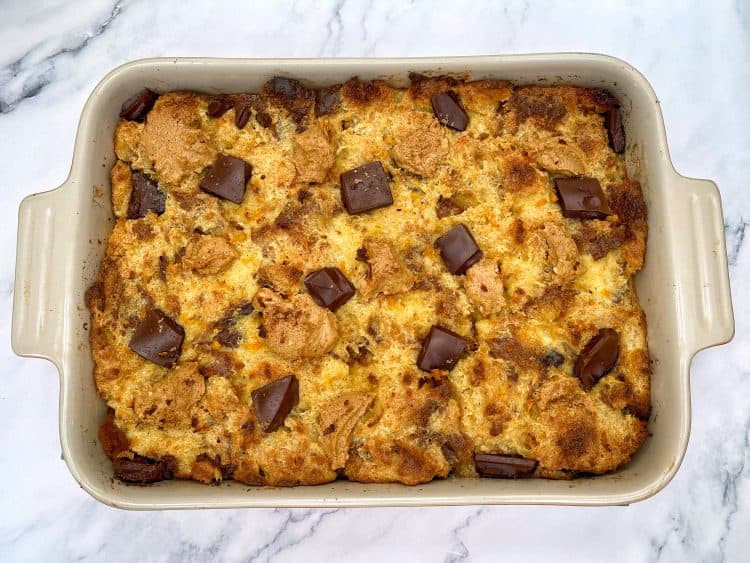 At its most basic, bread and butter pudding is a deeply comforting British dessert. But when a few of the key ingredients are substituted (elevated, even), it’s easy to give the dish a festive makeover, using Italian panettone or pandoro in place of bread.

With the traditional bread and butter pudding recipes dating as far back as the 18th century, the earliest versions of the dish were known as whitepot, using either bone marrow or butter, and occasionally switching bread for rice, which eventually gave rise to rice pudding: another British classic.

While traditional recipes tend to follow a consistent format of using buttered bread layered with raisins and covered with an egg custard mixture seasoned with vanilla and spices such as nutmeg, bread and butter pudding is, in fact, highly customisable. Like all of the best British desserts, the original recipe is just fine, but each element can be built upon in terms of flavour. Instead of butter, why not use peanut butter? Chocolate in place of dried fruits? Yes please.

A festive spin on the dessert, ideal in the lead up to Christmas, this panettone bread and butter pudding recipe is rich, delicious, and simple to make at home. Favouring the Italian sweet bread dotted with candied fruits and raisins, buttery pandoro can also be used, but either way, it’s worth waiting for the bread to go slightly stale in order to prevent the dish from being unappetisingly soggy. If using fresh panettone, I’d suggest lightly toasting the slices before using in this bread and butter pudding recipe. The torn panettone is then soaked in a simple custard mixture and layered with dark chocolate and peanut butter before being crowned with a sprinkle of orange zest and baked in the oven for 30 minutes until firm and golden. 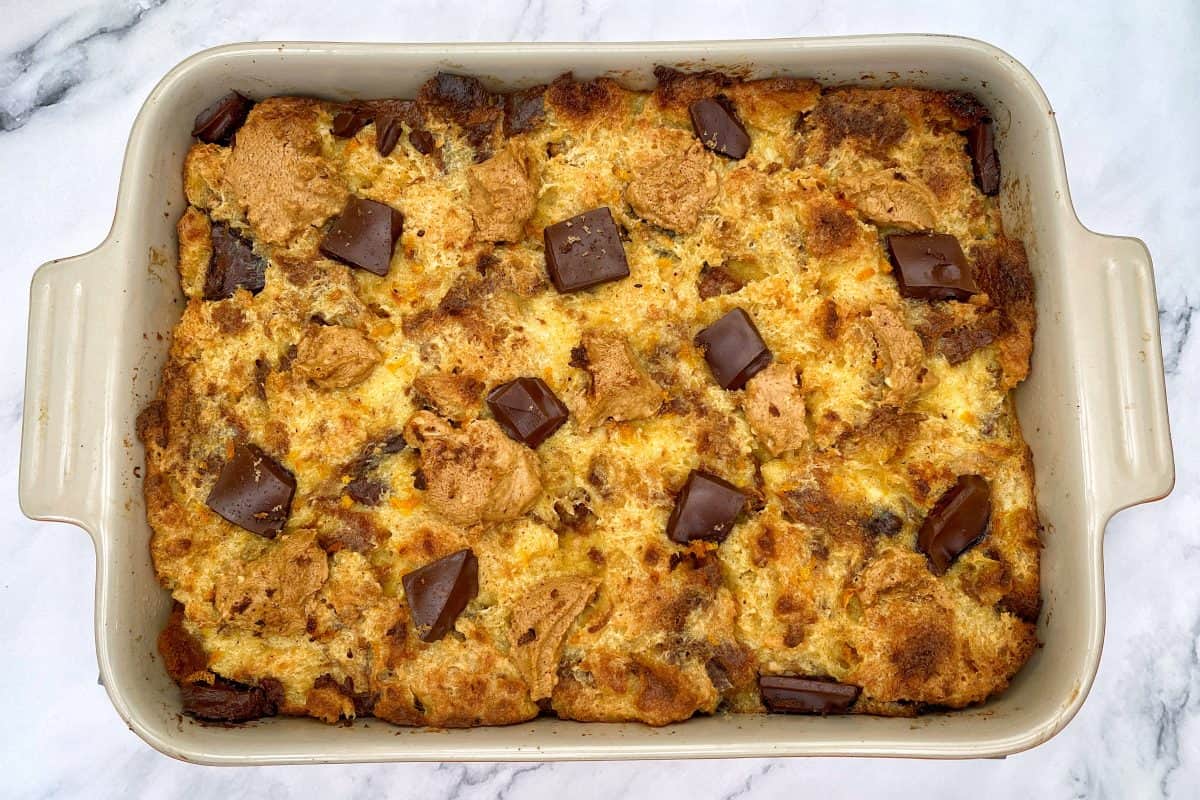 Panettone bread and butter pudding, with chocolate and peanut butter

Related: How To Make: Mulled Wine