"Try being the parent of a disabled child," one person told Nick Ferrari, while others labelled his suggestions "inhuman". 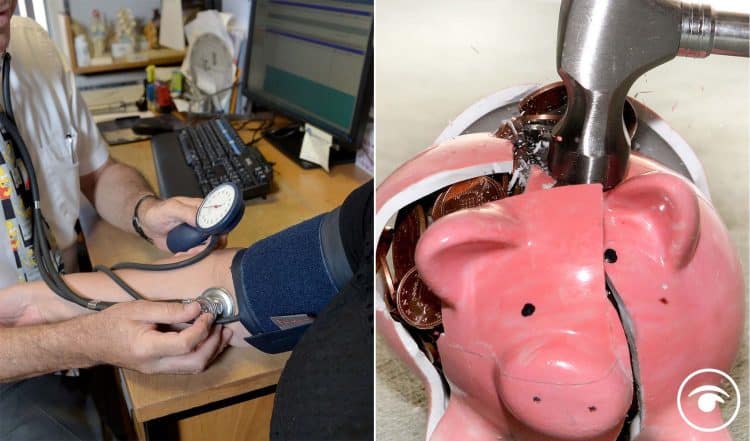 LBC presenter Nick Ferrari has come up with a radical plan after new research found four in ten patients seen by the doctor are frequent attenders at the surgery.

Research carried out by academics at the University of Manchester showed a large proportion of the workload for GPs was taken up by patients who made a disproportionate number of visits to the clinic.

The study defined frequent attenders as those who visited their GP more than 90 per cent of all other patients in the same practice.

The number of consultations for those who were frequent attenders doubled in the past 20 years according to the study, which looked at more than 160 million consultation events from 12.3 million patients in 845 general practices between 2000 and 2019.

Professor Martin Marshall, chairman of the Royal College of GPs, said: “As well as having more patients than 20 years ago, GPs and our teams are seeing more patients who are living with multiple, long-term conditions, who often require general practice care and services more frequently.

“As this research suggests, this is increasing the complexity of workload in general practice, as well as volume.

Over on LBC presenter Nick Ferrari came up with a plan. He told his listeners that “it is time for radical action, and today, I propose to you that you all have 12 appointments per annum, okay, which obviously works out at one a month. After that, you will be charged.

“Unless it is a desparately serious case such as cancer, whatever, and obviously that means all bets are off, you go into a different bracket.

He went on: “But if you constantly come along and say, ‘I’ve got a bump on my bottom’ or, ‘I’ve got earache’ or, I don’t know, ‘I don’t feel well, I don’t think I can go to work’, whatever it might be – the myriad of complaints that confront those poor men and women, the army of GPs – you’ll effectively get one a month free, after which you’ll be charged somewhere in the order [of] probably about £50-60.”

Not everyone was on board with what he had to say.

We’ve picked out the best responses below:

Related: WATCH: Kay Burley up in arms as no minister made available to clarify UK hols restrictions