A recipe for Kudu Bread from the Peckham restaurant of the same name, paired with melted bacon butter. 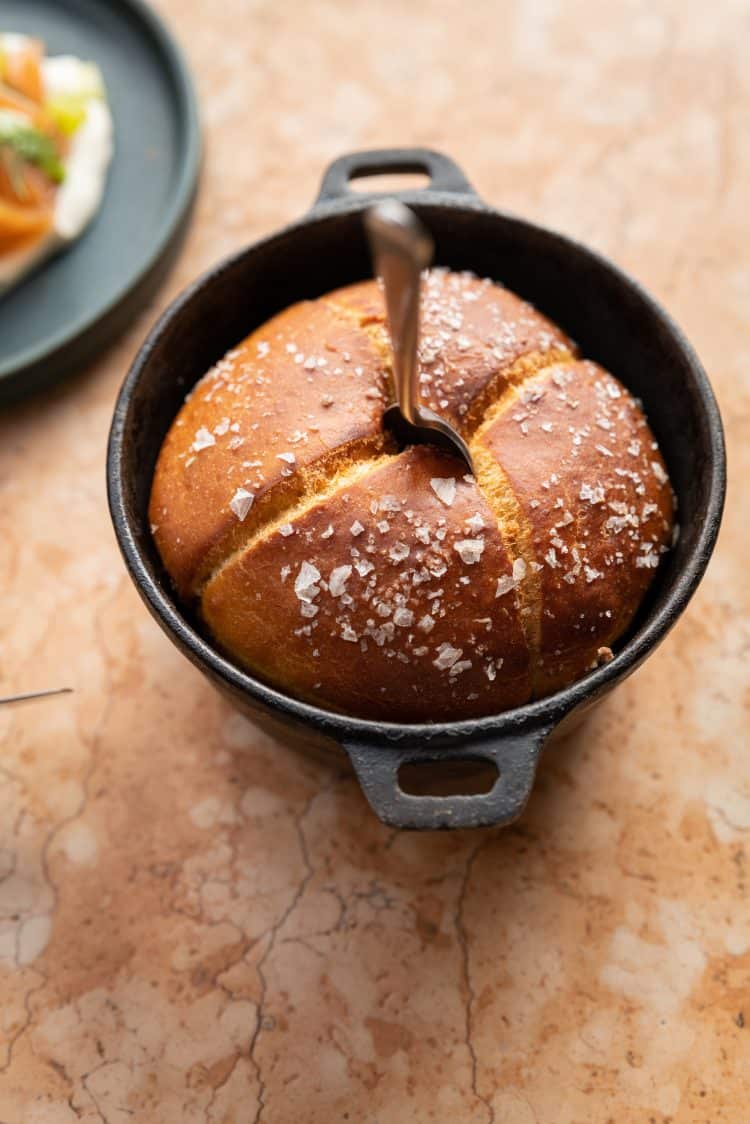 Occupying a former Truman’s pub, Kudu Grill continues the group’s focus on South African food, with particular attention paid to the braai, using wood and charcoal to grill dishes such as potato flatbread with lardo and wild garlic, prawns with peri peri butter, or dry-aged T-bone steak with beer pickled onions and onion treacle bordelaise. With Chef Patron Patrick Williams bringing his South African roots to the fore, adding a playful twist to traditional food from the country, Kudu showcases bold flavours, plus fresh, seasonal British ingredients – some of which are sourced from the founders’ nearby allotment. Highlights from the Kudu Collective portfolio’s menus include the likes of fried pigs’ tails with honey mustard, Kalahari spiced biltong, or Kudu bread with smoked bacon butter and sage or melted seafood butter and baby shrimp.

Yielding enough for two loaves, Patrick Williams’ Kudu bread recipe is made up of small rolls using a dough enriched with raisins, ground cumin, and topped with caster sugar before baking. The accompanying bacon butter, on the other hand, is made by crisping smoked back bacon in a pan before mixing it with unsalted butter, sage leaves, flat leaf parsley, and fresh garlic. 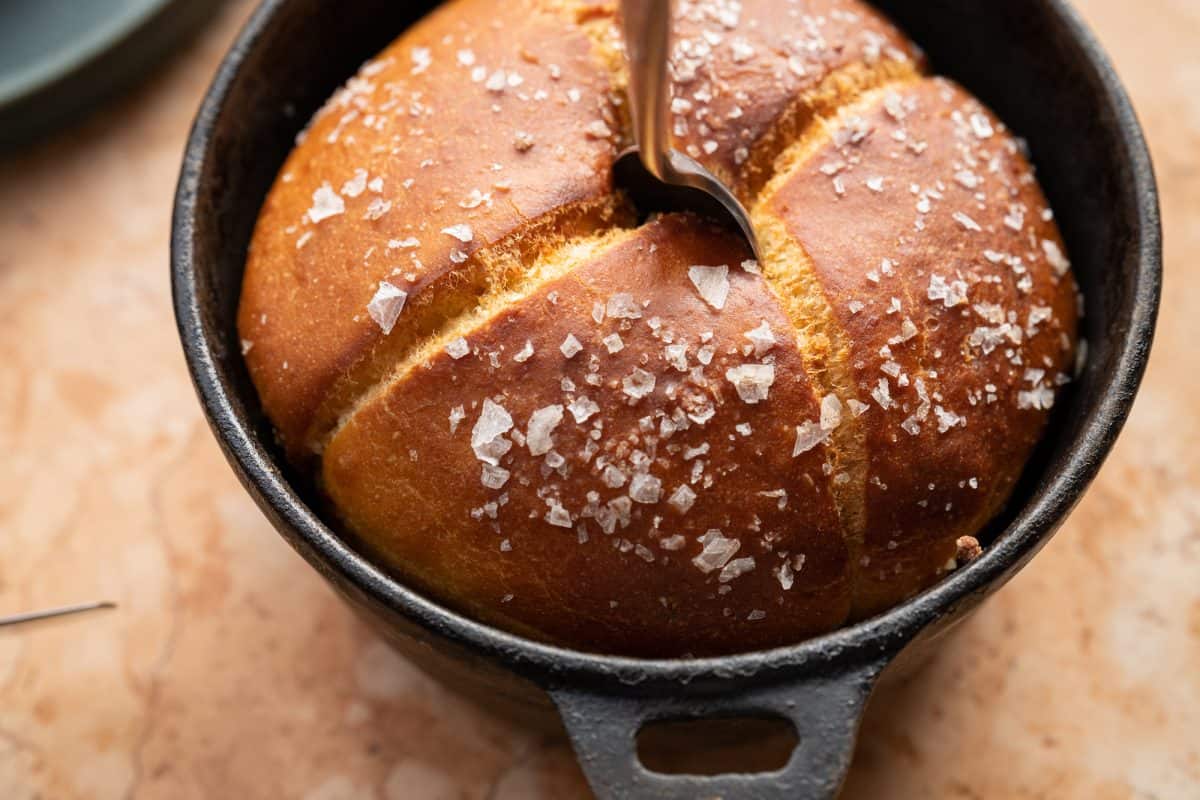 For the bacon butter

Related: How To Make: Focaccia With Rosemary & Caramelised Onions