The question comes as Liz Tuss argued that "these donors are part of the British political system" in a hairy interview. 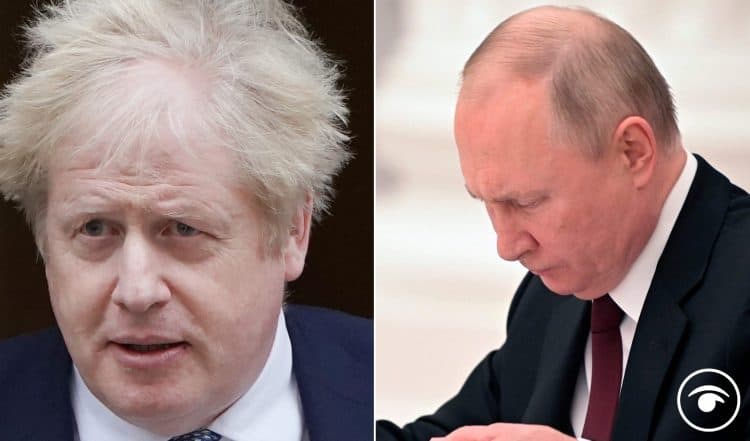 Britain will make it “as painful as possible” for Russia if president Vladimir Putin unleashes an all-out attack on Ukraine, foreign secretary Liz Truss has warned.

However, it has been pointed out that Russian money has flooded into the Conservative Party, leading to calls for the money to be sent back.

Recently Labour leader Sir Keir Starmer wrote: “By taking nearly £2m in donations since Boris Johnson took power in 2019, they have become just as hooked on Russian-linked money as any of the worm-tongued servicers of oligarchical wealth. It is welcome that the Tories are finally waking up to the dangers of Russian money.

“But it’s not long since the prime minister was selling himself off as a tennis partner in exchange for donations and David Cameron was giving credulous speeches in Moscow. The Conservative party and its MPs and associations should hand back all the money they took. It is the only way to show that their days of turning a blind eye to kleptocratic loot are over.”

Today on Sky News Kay Burley asked David Lammy MP if the Tories should return the money they have taken to bulk up their finances.

Lammy replied: “Give it back, send a message we’re serious. If the money is Russian linked and there’s any suggestion it’s come from oligarchs close to Putin, give it back.”

The presenter questioned the foreign secretary on the “closeness of the British government to Russian money.”

He told Truss that numerous cabinet members have benefitted from the £2 million in Russian donations.

Her defence was that these donations are part of the political system, and tried to brush off this apparent conflict of interest.