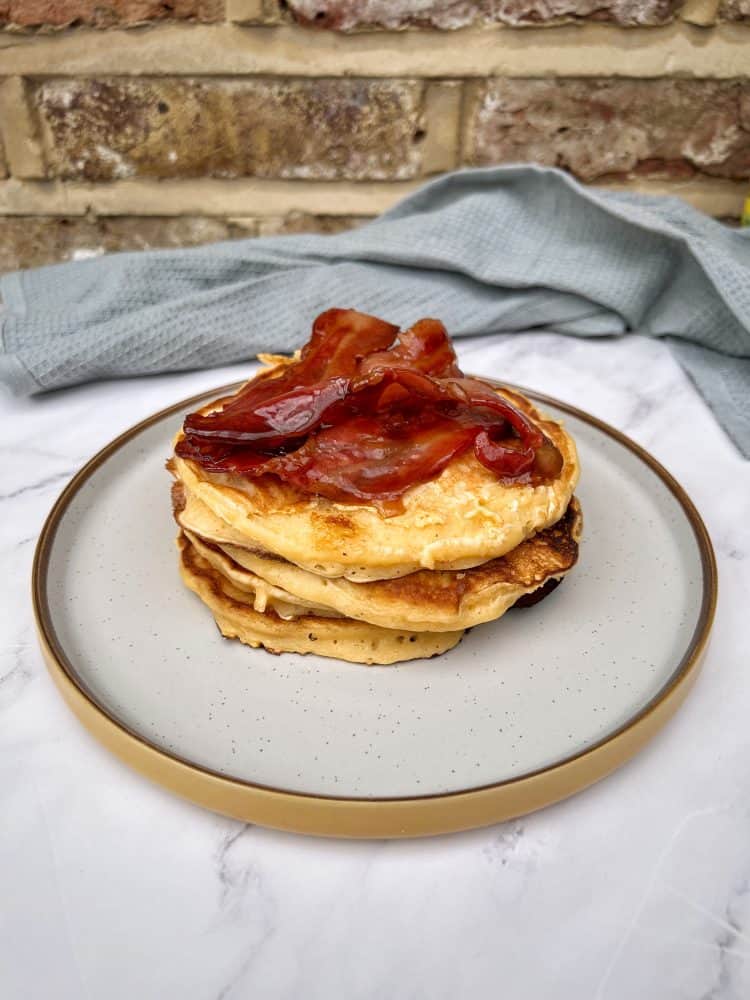 When it comes to making fluffy pancakes at home, there are certain essential steps that need to be followed. Separating the eggs and adding whites to the batter towards the end of mixing certainly helps, as does mixing gently to avoid overworking the batter, which will end up producing flat, underwhelming pancakes. Adding ricotta also lends an additional flourish of decadence, with the cheese helping to make the insides super creamy and succulent, not entirely unlike cheesecake. Sure, ricotta pancakes do require a little more effort than standard pancakes, but they’re a delicious alternative for pancake day or any other time of year.

Fluffy ricotta pancakes are delicious on their own, or simply finished with a drizzle of maple syrup, but they’re even better when crowned with rashers of crispy, maple-glazed bacon. Why not make your own ricotta at home, too? It’s much easier than you may think.

How to make fluffy pancakes

Separating the eggs is the most important tip for achieving fluffy pancakes. For these ricotta pancakes, the cheese is mixed with egg yolks, milk and vanilla extract, followed by the dry ingredients. The egg whites are whipped separately, for just a minute or so to produce lots of air, then very gently folded in just before cooking. A technique used for soufflés, slowly incorporating the whipped egg whites gives the pancakes more support, ultimately making them thicker due to the egg white cells enlarging.

Even when you’ve separated the eggs, the most common mistake people make when trying to achieve fluffy pancakes is over-mixing the batter. If the batter is mixed too overzealously, the gluten proteins in the flour will bond too tightly with other gluten protein, which makes the structure tough with no space for air bubbles. In some cases, it’s even better to stop mixing sooner than you may expect. Let’s face it, unless you’re making crêpes, slightly lumpy pancakes are far better than flat pancakes.

When cooking, patience is also necessary. Not only should you only flip your pancakes once, you should wait until you see bubbles appear on the surface before flipping. 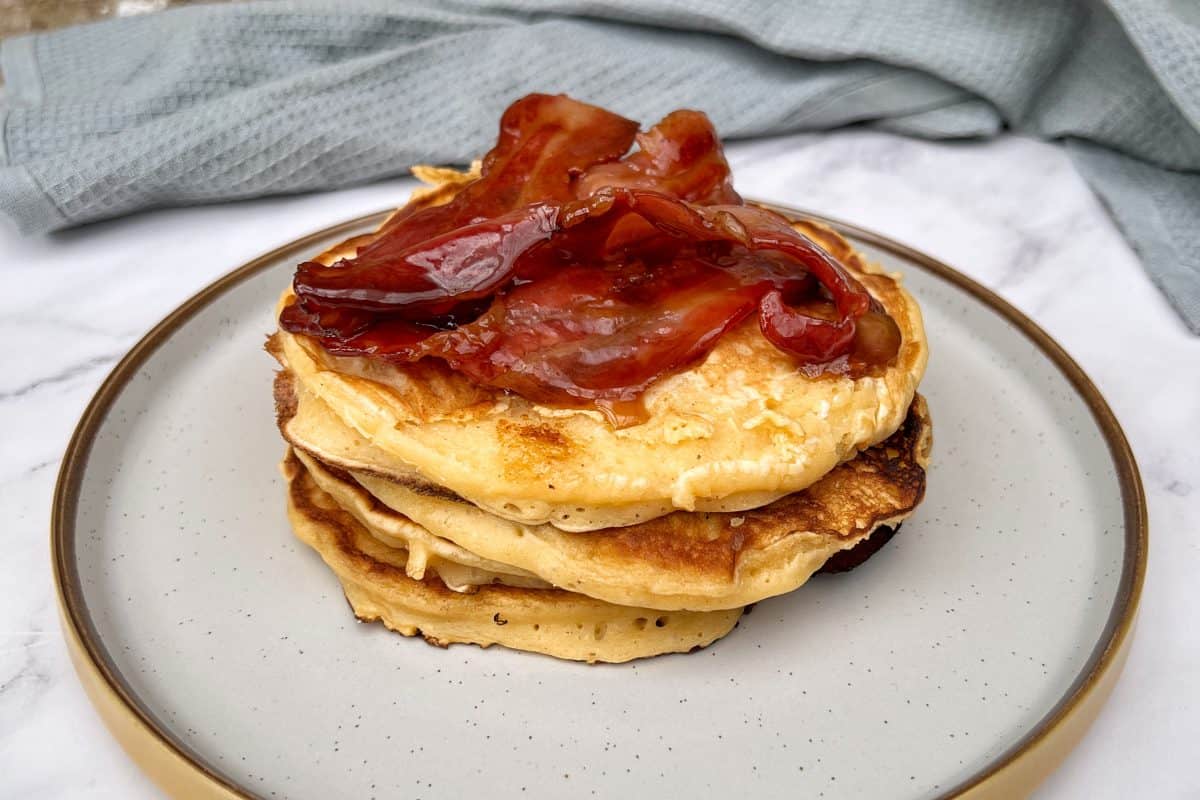 For the maple-glazed bacon (optional)

Related: How To Make: Wild by Tart’s Dutch Baby