The movement was described by organisers as a “cry for peace”. 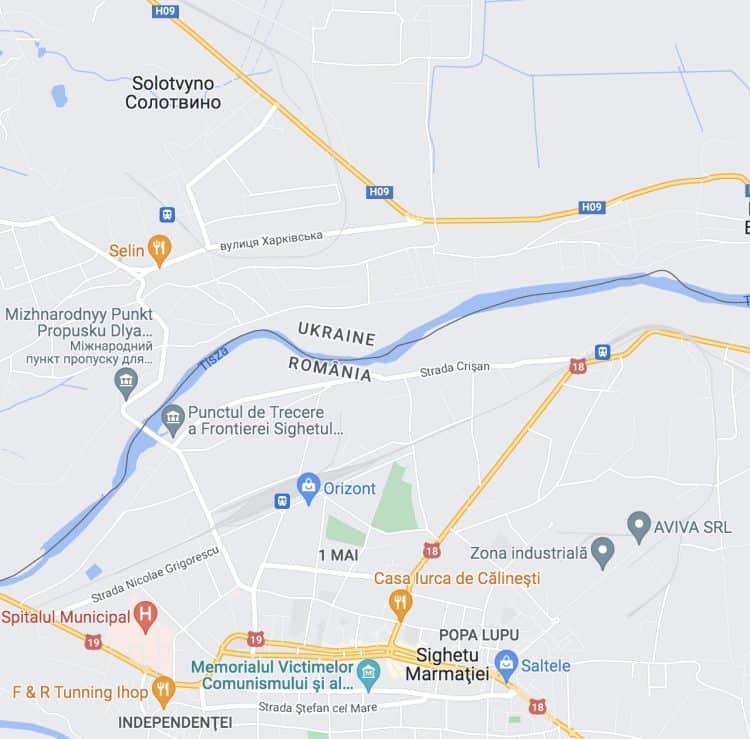 Hundreds of pupils from Romania and Ukraine will create a human chain across the border between the two countries.

According to Romanian national newspaper Libertatea, the movement was described by organisers as a “cry for peace” and will involve between 250 and 300 Romanian pupils, as well as a significant number of Ukrainian children.

The chain will be over a bridge on river Tisa, and will be crossing the border between Romanian city Sighetu Marmației and the Ukrainian village Solotvyno.

‘Friendship and human closeness between the two countries’

A press release revealed in local website Romanian website eMaramures that the organisers see the event as a “gesture of friendship between our cities, of human closeness and of peace promotion in these turbulent times”.

Liliana Vârstă, who represents the international association Colours for Peace in Romania, who is organising the event, told the newspaper: “300 children from Romania, from schools in Sighetu Marmației, will be there tomorrow. There will also be a significant number of children from Ukraine.

“The traffic will be blocked during those moments on the bridge, for around 30 minutes”.

According to the 2011 Romanian census, 2.3 per cent of the Sighet’s population is made of Ukrainians, whilst 57 per cent of Solotvyno’s inhabitants are ethnic Romanians based on the 2001 Ukrainian census.

Romania is not the only country which is standing up for peace amid Russian tensions, who this week sent its troops inside Ukraine.

Passenger plane flying over Moldova also stands up for peace

An Air Moldova plane drew an 80-mile wide version of the word using its flight path, data from Flightradar24.com revealed.

The plane, a 23-year-old Airbus A321, departed from Chisinau, the capital of Moldova, for a one-hour 40-minute flight before landing back at the same airport.

It flew at an altitude of 10,000 feet, at times just 25 miles from the country’s border with Ukraine, PA news agency has reported.

Over 30,000 users were tracking the flight at one point, according to Flightradar24.com.

What Russia and the West say

Meanwhile, Russia sent in what it says are peacekeeping troops in Ukraine, after weeks of tensions that it would invade the country following the deployment of tens of thousands of troops at the border.

Russia’s president Vladimir Putin sent the troops in the two breakaway regions of Donetsk and Lugansk after publishing a decree and saying Moscow would recognise their independence.

But Western countries have warned the move is illegal and destroys peace negotiations, according to Reuters.

UK health minister Sajid Javid said it is clear that Putin decided to attack Ukraine’s sovereignty and believes an invasion has already begun.