A fresh take on the American-European classic. 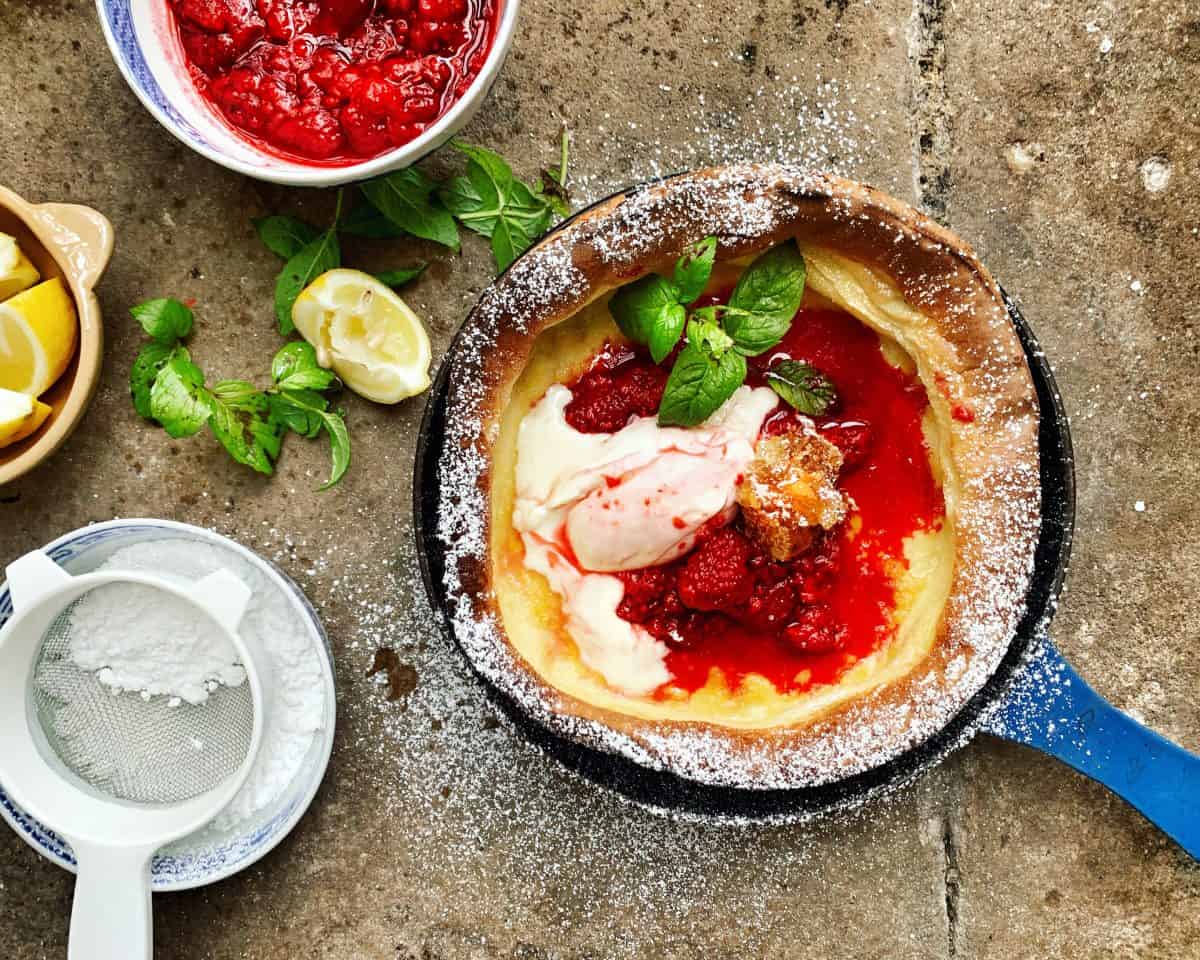 With many similarities to Yorkshire puddings, the Dutch Baby pancake recipe is said to be derived from the German Pfannkuchen (literally meaning ‘pan cake’). According to a number of sources, however, the dish – as it’s known today – is derived from the United States, believed to be introduced during the early 1900s at Manca’s Café in Seattle, Washington. Although based on German pancakes (rather than Dutch), the name is said to have been coined by one of owner Victor Manca’s daughters, based on her corruption of the word ‘deutsch’. While Manca’s Cafe claims to have owned the Dutch Baby trademark since 1942, the pancake has become a staple of many diners and chains, particularly popular at breakfast, but also a perfect treat for any time of day.

“Dutch baby pancakes are the perfect alternative to buttermilk pancakes if you want to create something different for Pancake Day. We first tried them when we were working in New York but they’re actually very much like a Yorkshire Pudding. We make one very large pancake and the whole family dives in – it’s gone in minutes! We like to top ours with mascarpone, raspberry compote and honeycomb. Baking them in the oven with a heavy skillet makes them fluffy in the centre and crispy on the edges.” – Lucy Carr-Ellison. 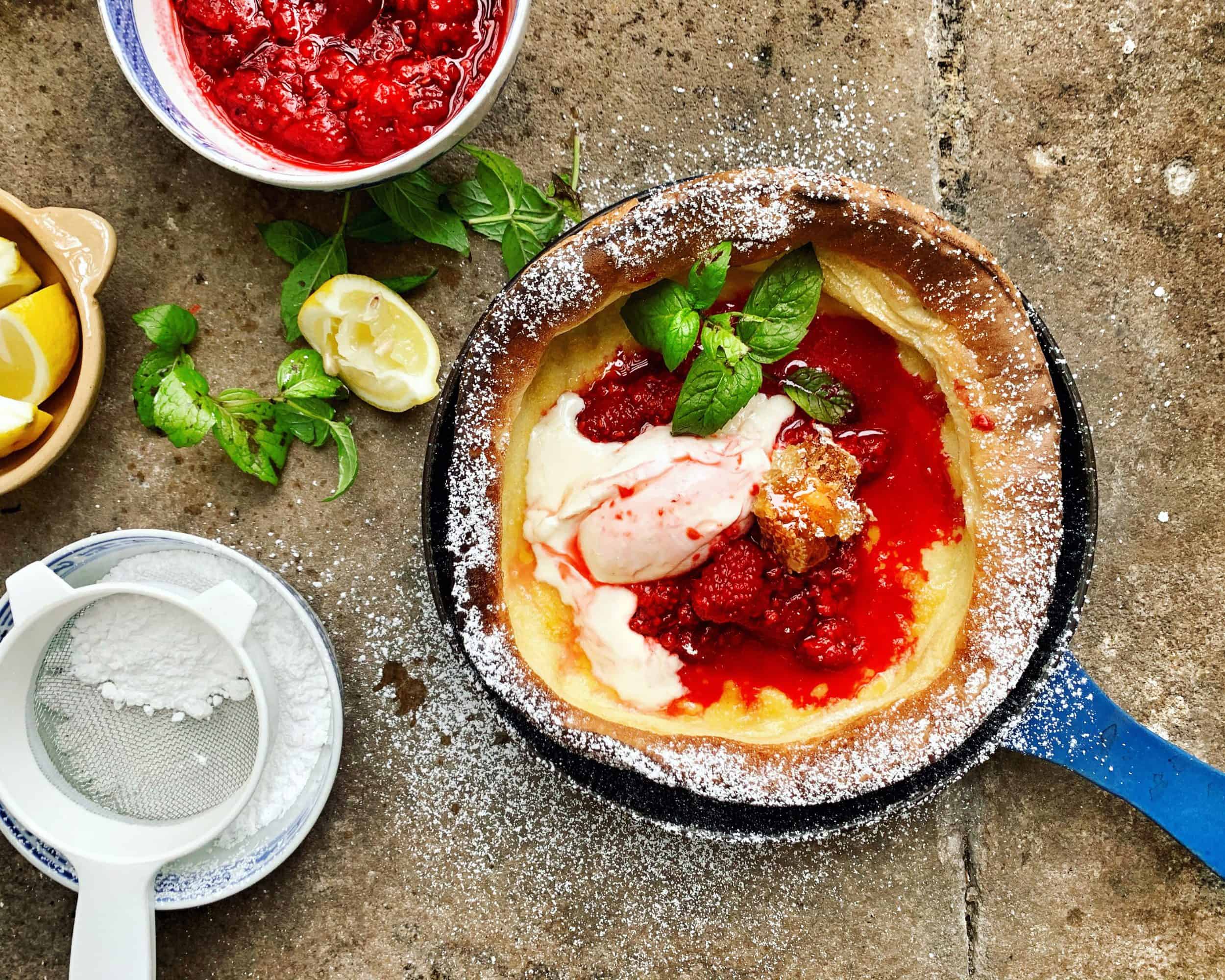 RELATED: How To Make: Chicken Satay and Peanut Sauce

Tags: How To Make