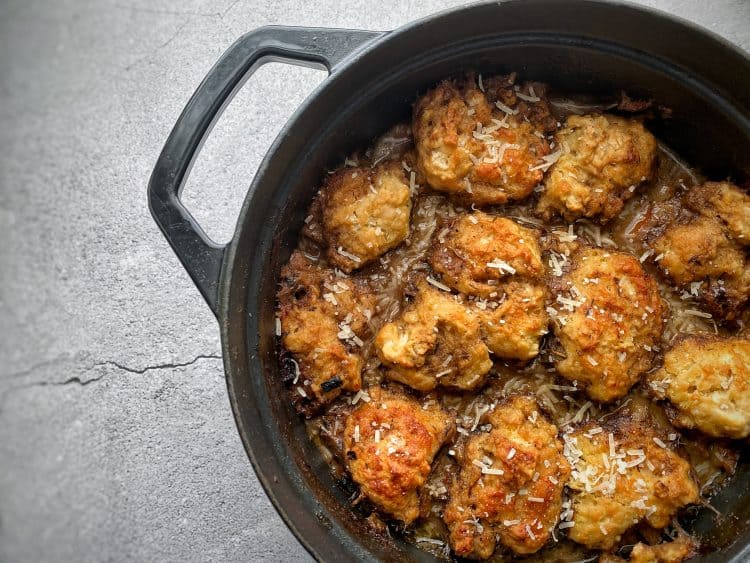 Covering a broad range of specific dishes, stews have been cooked and eaten for thousands of years. The world’s oldest known evidence of stew was found in Japan, dating back to the Jōmon Period, while Scythians during the 8th-4th centuries BC also produced something similar. Architectural evidence even suggests Amazonians used shells of animals and large molluscs as vessels for boiling foods at least 8,000 years ago.

Yet while the dish’s cooking style lies with Japan, the term ‘stew’ is used so broadly and refers to so many dishes, the appeal has become practically global. Literally a dish of solid food ingredients cooked in water, then served in the resultant ‘gravy’, stews technically include hundreds of dishes, from Bourguignon to Birria, chilli con carne, Italian ragù, gumbo, and far more.

In the UK, stews have been popular for years, but the actual term wasn’t used until comparatively recent times. Britain’s stews also tend to greatly vary by region. Some of the most well-known include Scouse, particularly associated with the port of Liverpool; Welsh Cawl; and Lancashire Hotpot. Historically, ‘English stew’ tends to be made with beef, like that featured in Charles Francatelli’s ‘A Plain Cookery Book for the Working Classes’, first published in 1861, which favours shin of beef whose gelatinous collagen adds a silky texture to the final product.

Given the dish’s less than luxurious origins in Britain, however, the term ‘stew’ still conjures traumatic memories of school dinners for so many. My earliest memory of stew is something I’ve been trying to forget for over 20 years, pushed around the bowl at a friend’s house after school – absolutely rampant with pearl barley inflated to the size of kidney beans, lolling about in a viscous, flavourless sludge. It wasn’t until later that I realised stew can be absolutely delicious, one of the first things I learnt to cook well – still a regular, go-to autumn and winter recipe.

Like all of the best non-British British recipes, stew recipes have continued to develop over the centuries. This particular stew recipe comprises aspects from various regional styles, drawing from the traditional cooking processes but using different ingredients to elevate the flavours, ultimately creating a dish that’s sustaining, inexpensive, and – crucially – delicious. Why use water when you can use wine and stock? Why boil the beef and vegetables from raw when you can (and absolutely should) sear and caramelise them first?

Here, shin of beef is my preferred cut, but any braising cuts of beef can be used – even diced braising/casserole steak. The beef is simply seared in either lard or beef dripping to amplify the flavours, combined with sautéed onions, carrots and celery, red wine, beef stock, and a generous dash of both soy sauce and Worcestershire sauce. It’s the cooked on the hob for a couple of hours (dependent on the cut of beef) then topped with cheesy dumplings and finished in the oven. 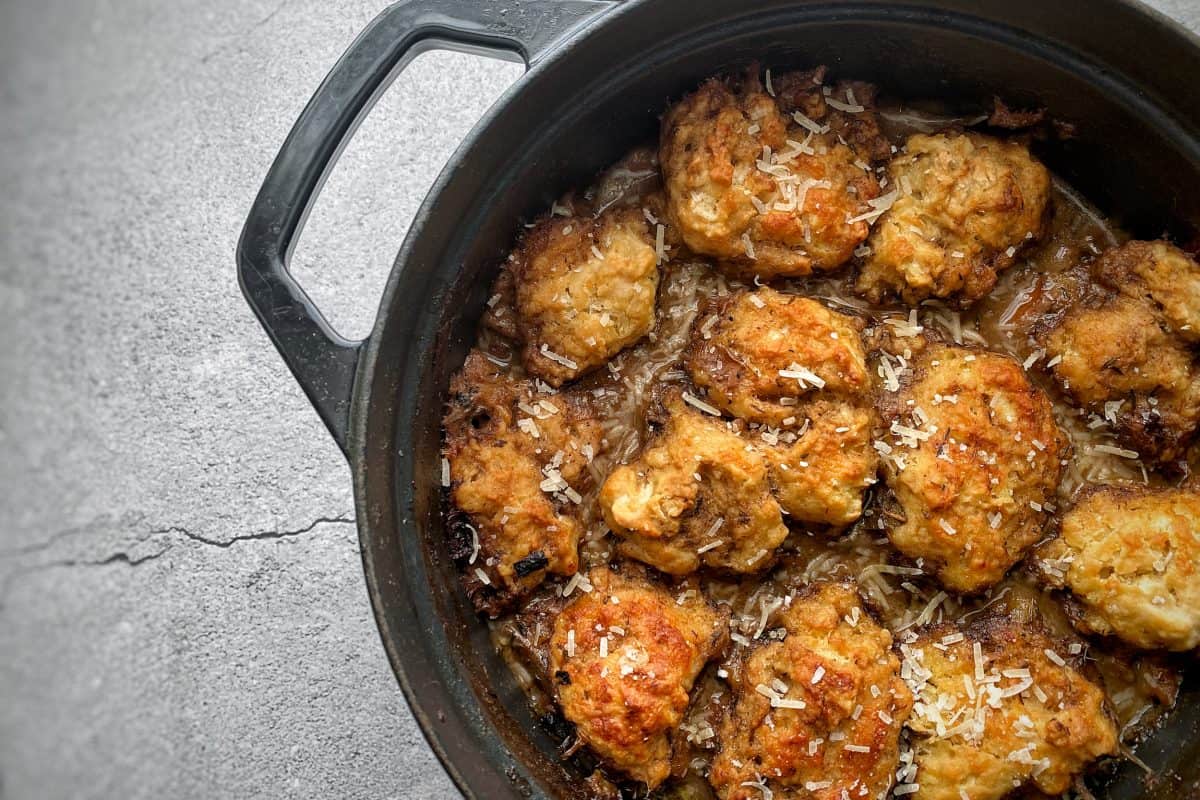