A combination of well-loved desserts in one simple recipe. 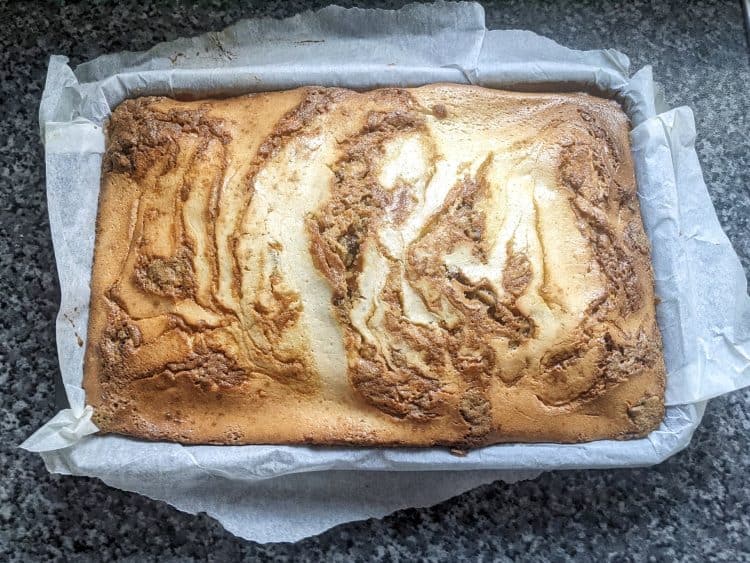 Carrot cake or cheesecake? Why not have both with this carrot cake cheesecake traybake recipe, which combines the two much loved cakes to produce one delicious dessert.

While cheesecake is considered Britain’s favourite cake, according to a 2020 survey conducted by food delivery app Foodhub, research compiled by DIYS.com suggests carrot cake is the UK’s second favourite dessert. With an average of almost 1.3 million annual searches (over 3,500 searches a day), carrot cake has been a hugely popular dish for decades, if not centuries.

According to many food historians, modern carrot cake recipes are most likely descended from Medieval carrot puddings enjoyed by people in Europe. During the Middle Ages, sugar and sweeteners were expensive so many people would use carrots as a substitute for sugar.

The exact origins of carrot cake are difficult to pinpoint, however. In 1591 a recipe was printed for “pudding in a Carret root”, which essentially outlined the preparation of a carrot stuffed with meat. Yet some elements common in the modern dessert were featured, including shortening, cream, eggs, raisins, sweetener, and spices. Nonetheless, the first official use of the term carrot cake (or “Gâteau de Carottes”) is believed to have been published in 1827, appearing in chef Antoine Beauvilliers’ The Art of French Cookery. During the Second World War, rationing also gave the dish a revival, with various sweet carrot recipes disseminated by the Ministry of Food, using carrots in place of scarce ingredients.

This carrot cake cheesecake traybake recipe is based with a fairly classic batter, comprising carrots, walnuts, desiccated coconut and spices such as cinnamon, ground ginger, and mixed spice. Once mixed, the batter is then poured into a tray and swirled with a basic cheesecake recipe. It’s then baked for around 35-40 minutes until springy. A quick, no fuss traybake dessert. 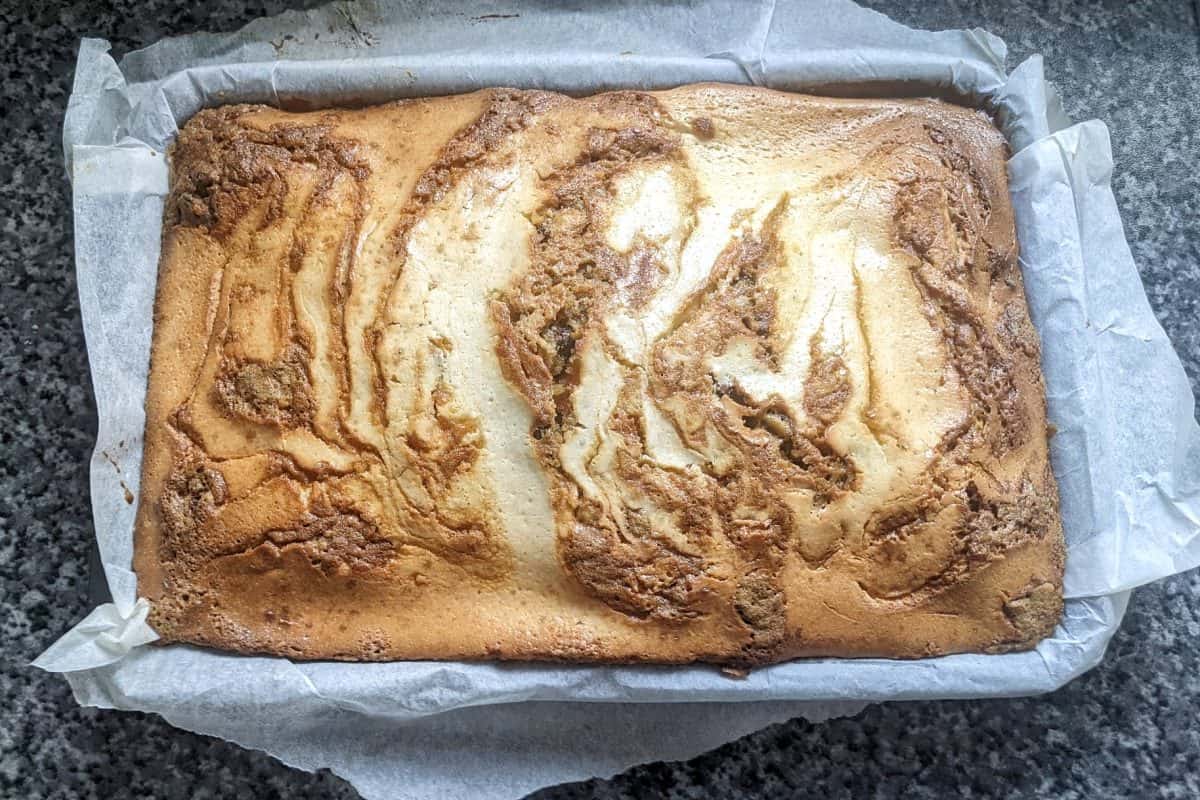 For the Carrot Cake Batter