Full English breakfasts differ greatly from person-to-person, but this guide will help you to cook a decent fry up at home, using simple ingredients and tips to elevate each element. 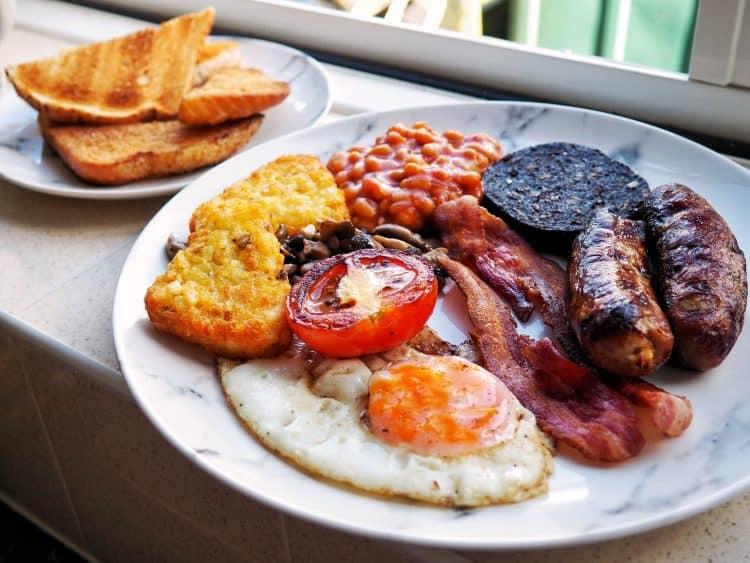 The concept of a ‘perfect’ Full English breakfast is particularly contentious, having divided opinion for centuries. While the exact components and techniques for preparing a perfect fry up are entirely subjective, there are a few popular points of discussion and a number of rules that should always be followed.

Full English breakfasts can differ greatly by region or even establishment – a greasy spoon will serve a very different (albeit far more gratifying) fry up to a more upmarket pub or restaurant – but certain basic elements are generally agreed upon. First and foremost, unless you’re vegetarian or don’t eat pork, each meat element of the dish should come from a pig: sausages, bacon, and often black pudding. My ideal Full English breakfast is guaranteed to differ from thousands of others, but this guide will tick all of the boxes for cooking a decent fry up. The key is to strategically cook a number of things, in different pans, at the same time. It’s thus highly advisable to read the entire recipe before cooking along.

Full English breakfasts should be unpretentious

For this Full English breakfast recipe, the most important key is to avoid pretentiousness. Sourdough and Vesuvius tomatoes are great, but they’re far from essential here. Sure, if you have access to good quality ingredients then use them, but a great Full English breakfast should be inexpensive, sustaining, and most of the items should be fried. However, I would suggest investing in the best sausages you can find or afford, as well as using free-range eggs if possible. Everything else can be supermarket value brand if necessary – it’s the cooking that makes all the difference, especially when following the recipe’s simple tips to elevate each element of the dish.

As for what the perfect fry up actually contains, mine favours the holy trinity of sausage, black pudding, and smoked streaky bacon. Let’s be honest, unsmoked bacon is more-often-than-not pointless, and streaky bacon has higher fat content which renders well and is perfect for cooking hash browns and fried bread. Another Full English breakfast debate often arises over the choice between fried bread and toast. But why bother choosing just one? I like a slice of toast (perfect for mopping up the baked beans) and a slice of fried bread – ideally the loaf’s end piece which is so often wasted.

In addition to the meat and bread elements, baked beans are an essential – slowly cooked in a saucepan so the sauce thickens just enough so it doesn’t run into everything else on the plate – as are quickly sautéed mushrooms, a tomato slice or half, and at least one fried egg. (Disclaimer: scrambled is generally my egg preparation of choice, but a fry up calls for a fried egg). Potatoes are another crucial addition to Full English breakfasts across the world. Chips are popular, but unless you’re eating a fry up for dinner, they’re just unnecessary. Instead, I prefer a thick patty of bubble and squeak if I’ve got any leftover vegetables or mashed/roast potatoes, or hash browns. Fried hash browns can’t be beaten, but oven-cooked are a completely reasonably substitution.

Finally, there’s the optional addition of sauce, which is arguably the most subjective element of the entire Full English breakfast. ‘Red or brown?’ is the question on most people’s lips. I’m particularly fond of brown sauce, but that’s another argument for another day. 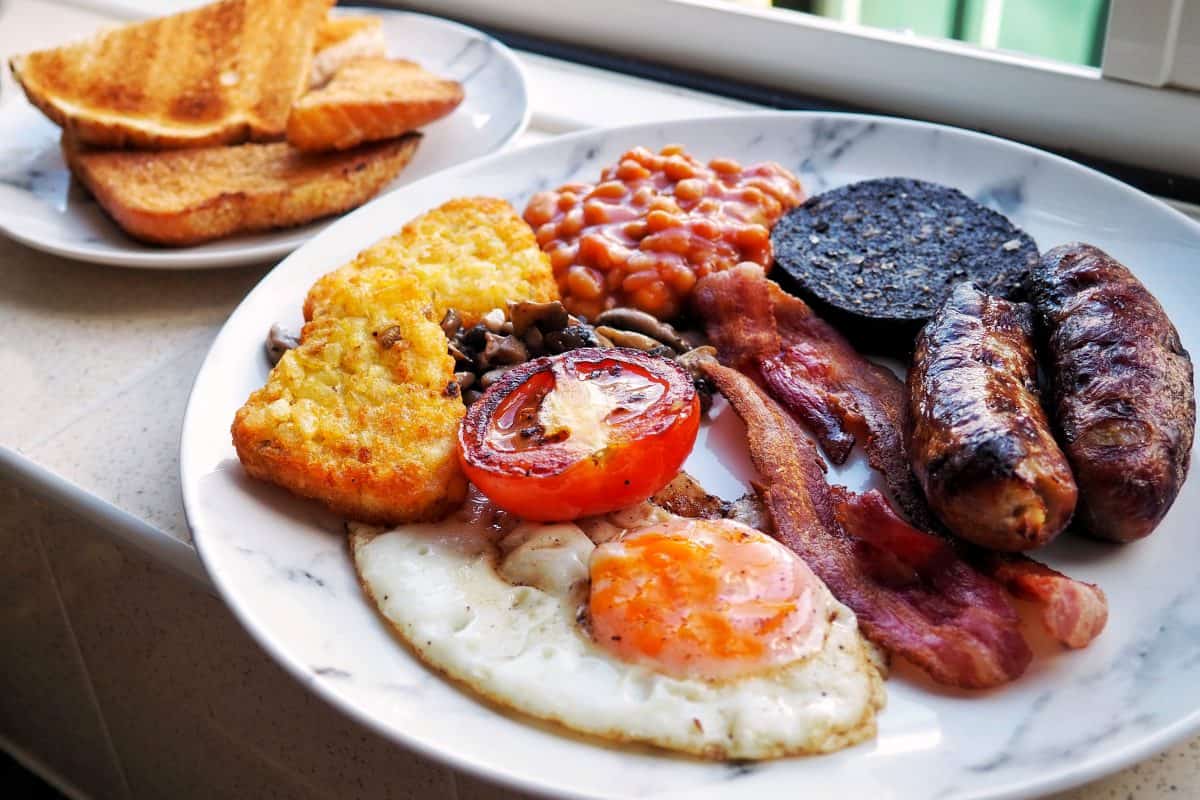 RELATED: How To Make: McDonald’s Hash Browns At Home