The only thing wrong with McDonald’s hash browns is that they’re only served until 11am. With this copycat recipe, however, you can make the cornerstone of the fast food chain’s breakfast menu at home, at any time of day. 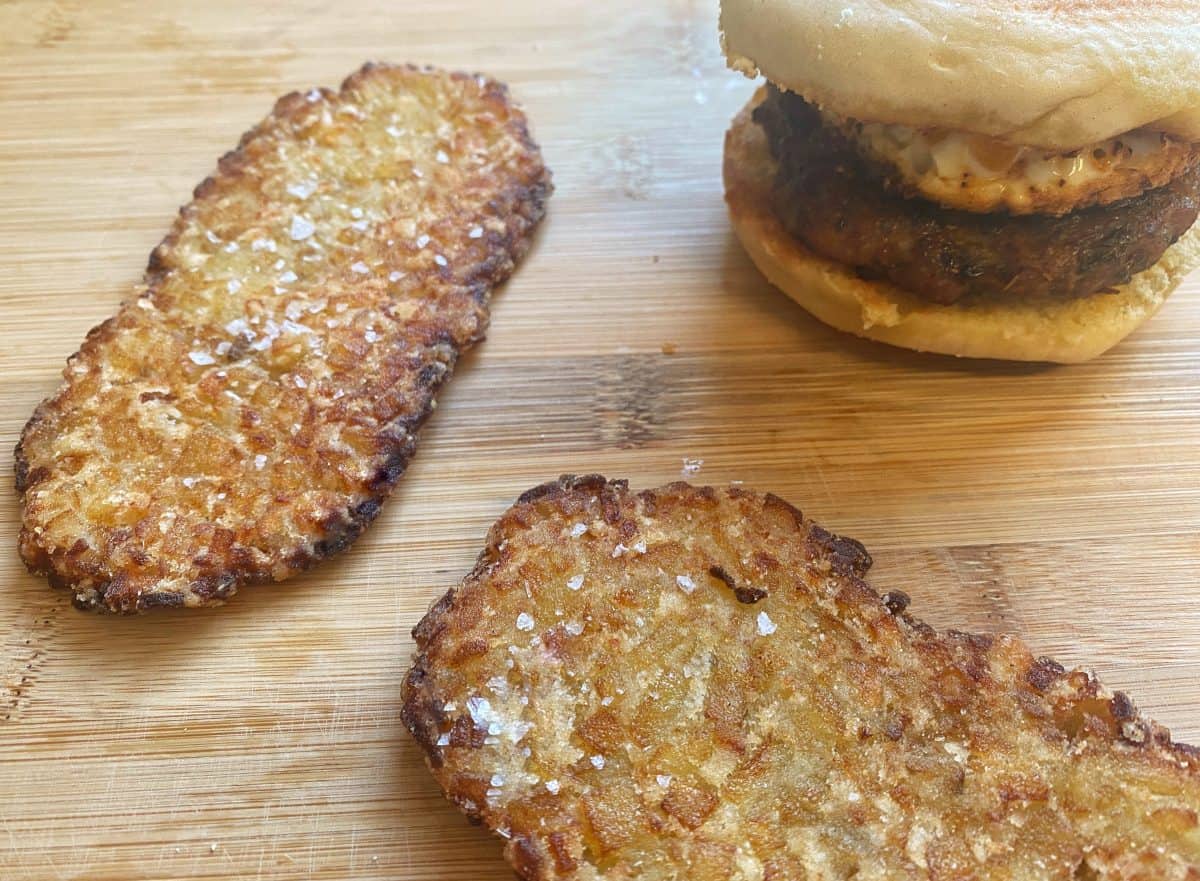 A cornerstone of the McDonald’s breakfast menu, the chain introduced hash browns to its menu in 1977, following the success of its Egg McMuffin, initially designed to mimic something close to Eggs Benedict. While traditional hash browns are generally looser, originally “folded like an omelet” before serving, the McDonald’s versions are crispy, golden brown, oval-shaped patties, which paved the way for the dish’s commercialisation, now mass-produced and sold in refrigerated, frozen, and even dehydrated forms.

While the internet is absolutely full of suggestions, almost every copycat McDonald’s hash brown recipe omits at least one of the crucial processes. Most prominently, the potatoes used in McDonald’s hash browns are clearly diced, rather than grated. Moreover, eggs aren’t included in the UK version’s very short list of just eight ingredients, so another binding agent is used. Potato starch works well if you’re after a vegetarian or vegan take on the dish, but beef dripping is the best alternative. In the United States, a natural beef flavouring (which doesn’t contain any meat, instead made from wheat and milk derivatives) is used for McDonald’s hash browns, given they were once fried in a blend of vegetable oil and beef dripping. While the beef flavouring is difficult to reproduce at home, beef dripping lends a profound depth of flavour and works especially well as a binding agent.

After peeling and dicing potatoes into approximately 3-5mm cubes, they’re plunged into cold water and agitated until the water runs clear. After drying for at least an hour, on a bed of kitchen roll, the potatoes are slowly sweated in a frying pan with beef dripping, until just fork tender. The potatoes and residual beef dripping are then mixed with corn flour and a generous pinch of salt, then rolled out between two sheets of baking/greaseproof paper and cut or formed into the oval shape synonymous with the famous McDonald’s hash browns. Ideally, they’re best left to chill in the freezer for a few hours, or overnight, before frying for just a few minutes, until golden brown and crispy. A fair amount of preparation is involved, but this copycat McDonald’s hash brown recipe provides a perfect treat for breakfast, or any time of day.

N.B. Given the time taken to make the hash browns, and the accessibility of the ingredients, I’d recommend scaling up the recipe to make a large batch so these McDonald’s style hash browns are always on standby. 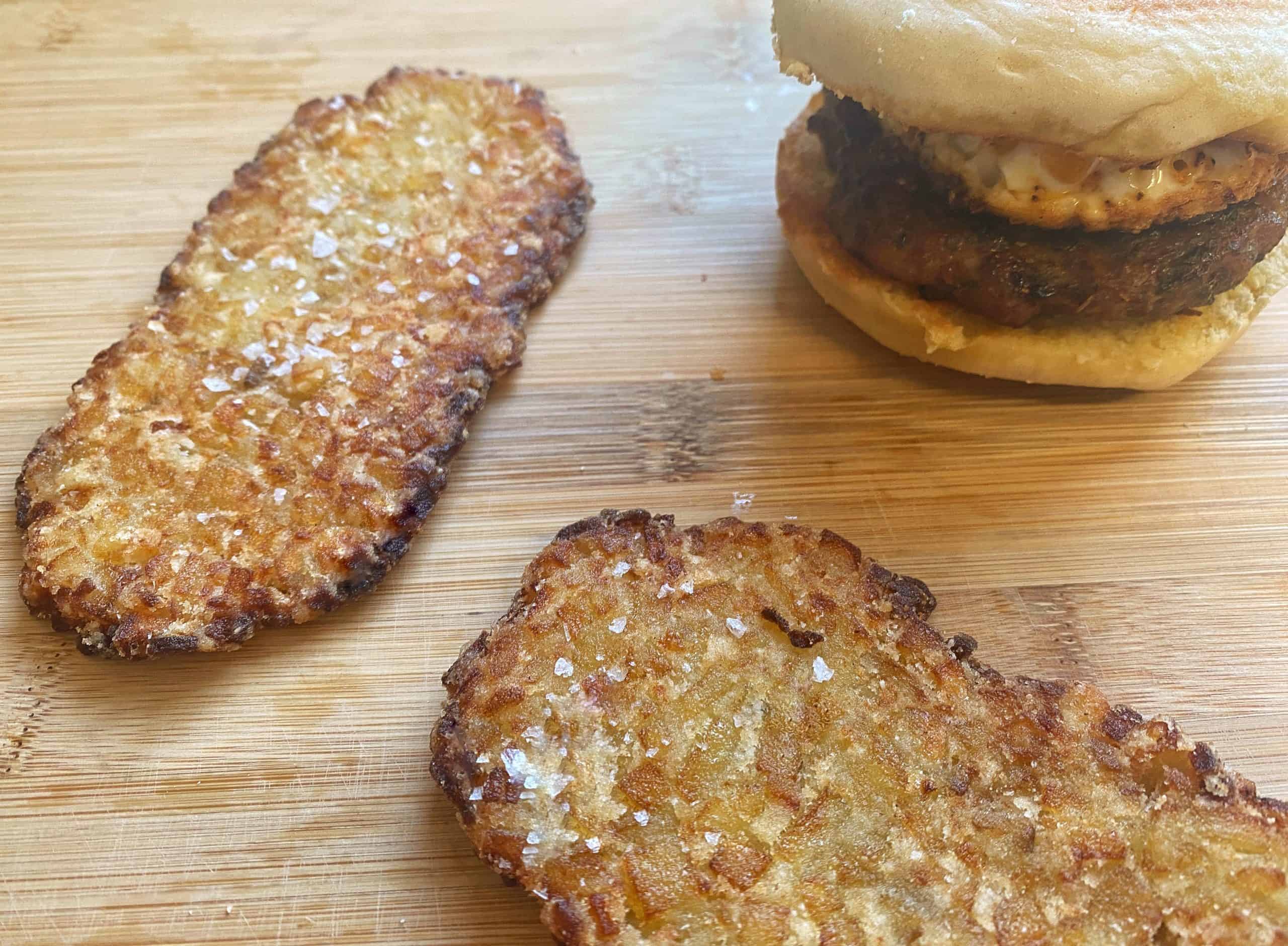 If making vegetarian hash browns, sweat the potatoes in 2 tbsp vegetable oil, then add 1 tbsp potato starch in addition to the cornflour.
Tried this recipe?Let us know how it was!

RELATED: How To Make: Domino’s Garlic & Herb Dip At Home