Although time consuming, this take on Boston baked beans is a delicious alternative to standard baked beans – perfect with a great variety of dishes. 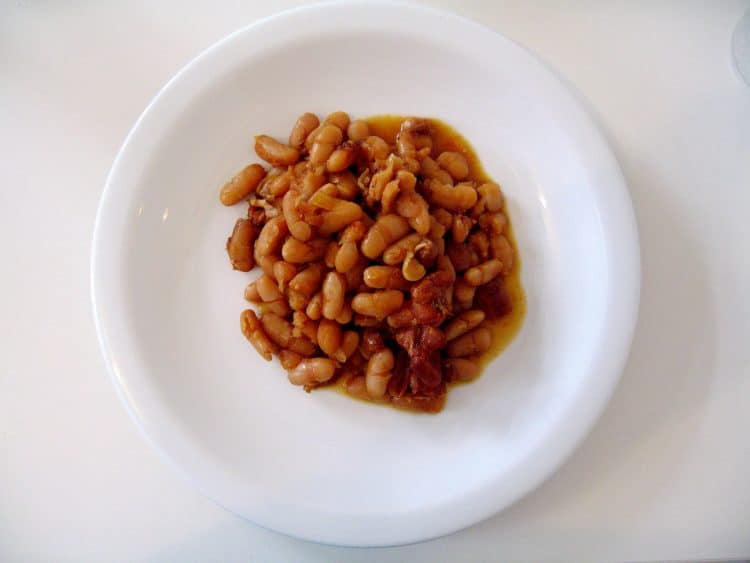 Although widely associated with the United Kingdom, with Brits consuming more than the rest of the world combined, the exact genesis of baked beans is believed to lie with either France or North America. (People also forget that Heinz, the most popular manufacturer was founded in Pennsylvania, rather than the UK). While French cassoulet is often discussed in relation to the origin of baked beans, Native Americans are widely believed to have cooked a dish which paved the way for the popular canned variety. Prepared by indigenous peoples in the northeast, beans were baked in earthenware pots with maple syrup and meats such as venison or bear. As we know them today, baked beans are typically made with navy beans (a type of haricot), native to South America – the same beans used in the indigenous American recipes, unavailable in Europe until the 16th century, thus dispelling the French link.

By the 17th century, Puritan Christian pilgrims arriving on America’s east coast learned the recipes and baked beans soon became a convenience food, with the recipe adapted throughout various states and cities as different communities embellished the recipes. In Maine, ‘bean-hole beans’ were baked beneath the ground in cast-iron pots, while Vermont bakes beans use maple syrup. Often referred to as ‘Beantown’, Boston, Massachusetts, is the American city most commonly associated with baked beans, however. Massachusetts even went so far as proclaiming the navy bean as its state vegetable in 1993 (even though it’s actually a legume).

As a prominent exporter of rum during the 18th century, Boston baked beans initially made use of leftover molasses, to create a sweet, rich dish spiked with pork, slow-cooked to form a delicious crust. Traditionally, these beans were prepared on a Saturday evening and kept warm to eat after church on Sundays, as the pilgrims’ religion forbade cooking on the Sabbath. Today, Boston baked beans remain a Saturday night staple. But while beans are synonymous with breakfast in the UK, baked beans are a popular side dish in the United States, particularly at barbecues.

This simple take on a Boston baked beans recipe uses dried haricot beans, optionally soaked overnight. Soaking slightly reduces the cooking time, as well as helping to remove the sugars which can cause bloating, discomfort, and flatulence. Though salt pork is also traditional, it’s harder to acquire in the UK, so pork belly or even smoked streaky bacon will work as a decent substitute. And while the dish is time consuming to prepare, much of the cooking time is inactive, resulting in a truly delicious alternative to standard baked beans – perfect with a great variety of dishes. 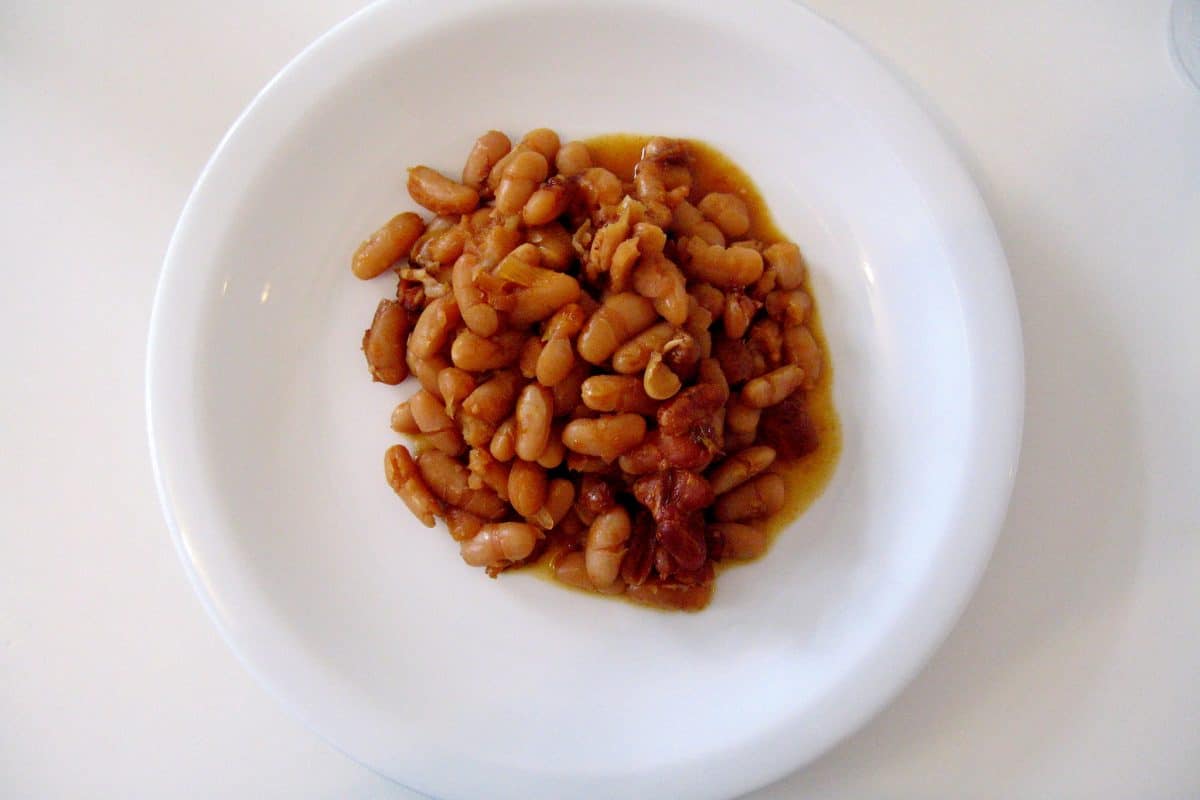