A chicken shawarma is delicious, healthy and filling. This recipe is packed with beautiful Middle Eastern flavours that no one can resist. 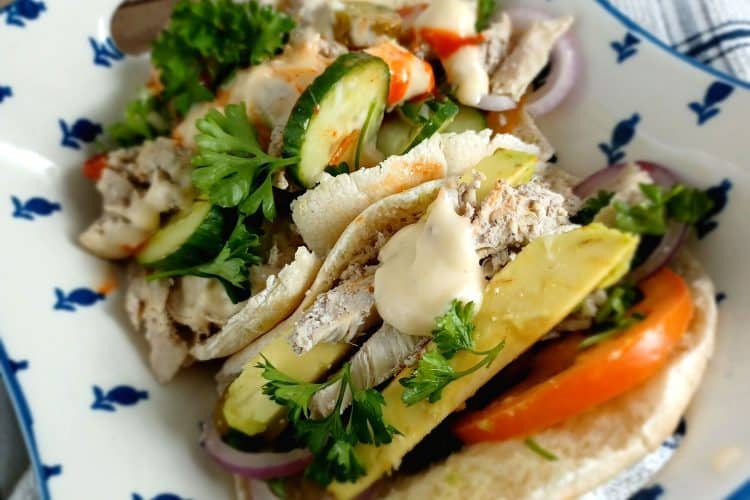 Enjoy the beautiful Middle Eastern flavours with this chicken shawarma sandwich recipe. Tasty and healthy like no other sandwich.

Traditionally, shawarma consists of meat stacked in a cone-like shape, slowly turning while roasting on a vertical rotisserie or spit. This process allows the marinated meat to roast in its own juices and fat until perfectly tender and popping with flavour. It is definitely one of the most popular street food, and it originated in the Ottoman Empire.

For this recipe, however, you will luckily not be needing a rotisserie or spit, a saucepan will work perfectly. The chicken is where the main flavour of the shawarma sandwich comes from, so the marinade is extremely important. Mixing cardamom pods, garlic, and allspice together really makes those middle eastern flavours shine in the marinade.

If you do not have allspice in the house, try making your own version! Allspice is known to taste like a combination of cloves, cinnamon and nutmeg. Mix those three spices together and you’re good to go.

Shawarmas are typically presented in pita bread, which makes it even tastier. Once you put it all together with the sauce and the salad-like filling, no one will be able to resist these sandwiches. 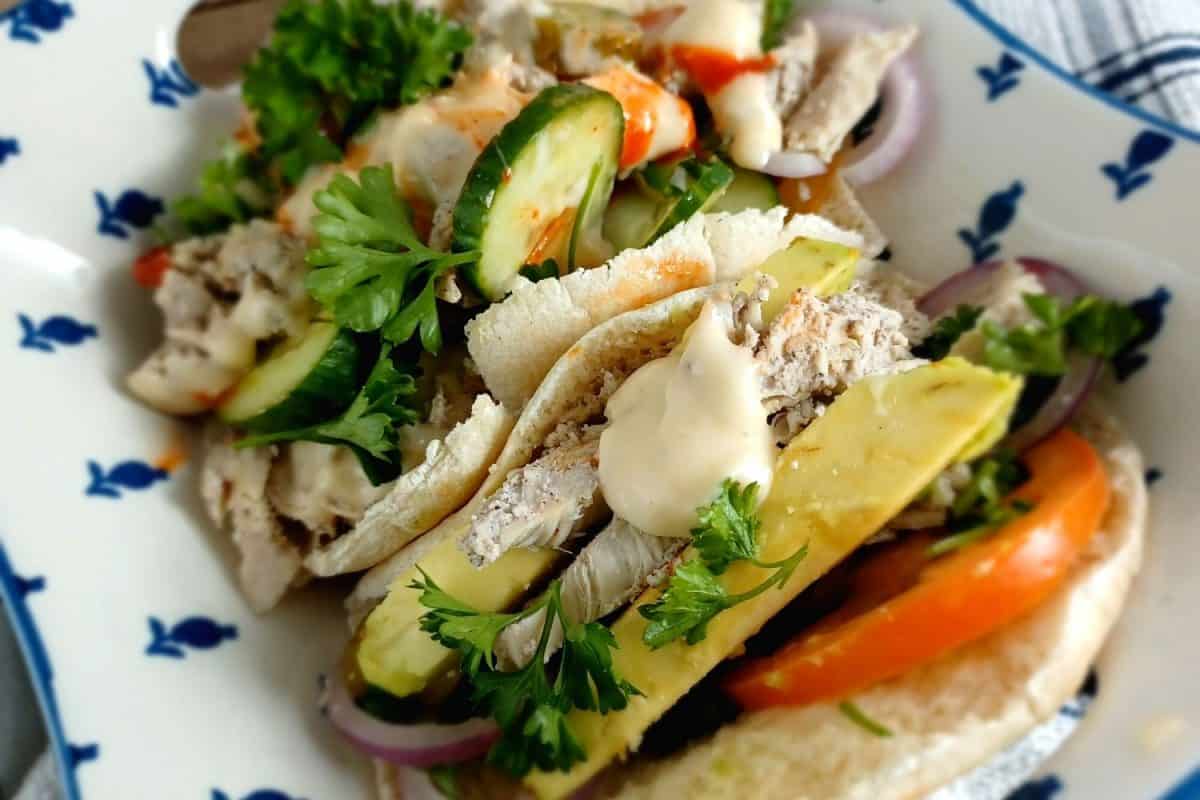