With the launch of The Cans Festival, organised by Banksy in 2008, the artist was instrumental in popularising the ‘Graffiti Tunnel’ on Leake Street, underneath Waterloo station. Featuring London’s largest legal graffiti wall, Leake Street has since become renowned as a democratic cultural venue for street art. Ten years later, Rat Bar will open on […] 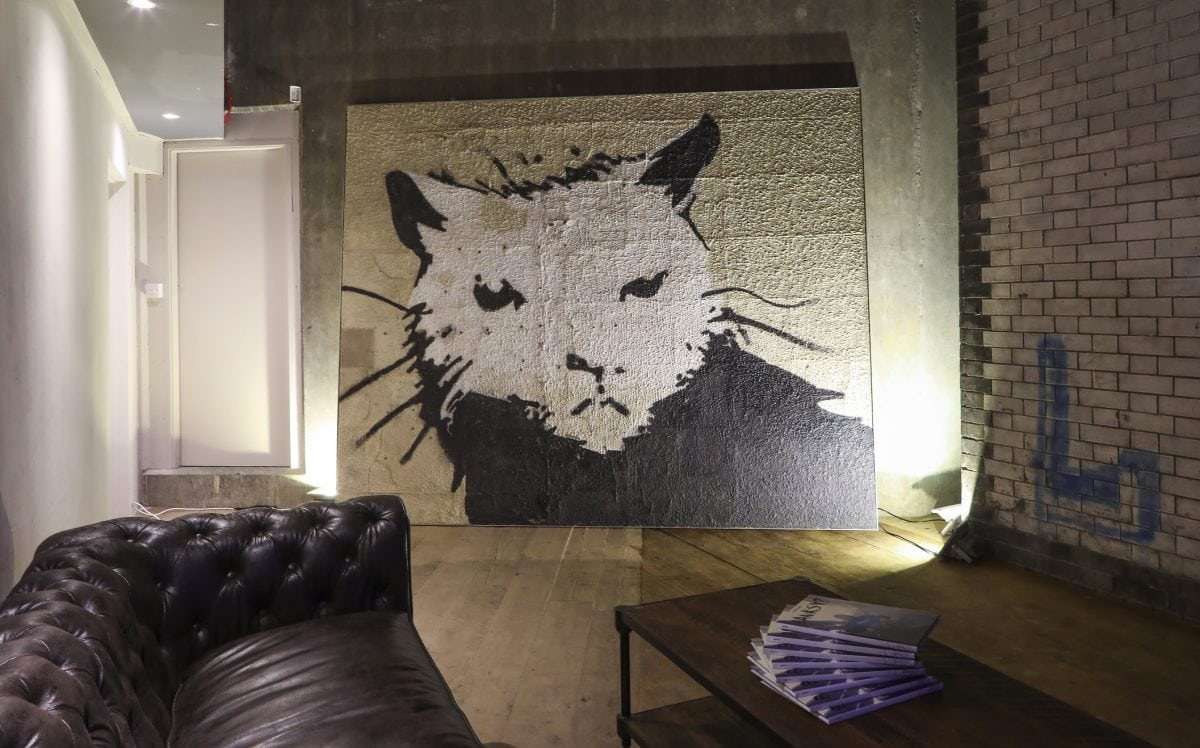 With the launch of The Cans Festival, organised by Banksy in 2008, the artist was instrumental in popularising the ‘Graffiti Tunnel’ on Leake Street, underneath Waterloo station. Featuring London’s largest legal graffiti wall, Leake Street has since become renowned as a democratic cultural venue for street art.

Previously unseen in London, ‘Giant Rat’ appeared on the side of the derelict White House pub in 2004 as a Liverpool Biennial artwork. The original mural covered the three-storey building’s ground and first floors, depicting a giant rat holding a ‘graffiti’ marker pen emblazoned with the word ‘Banksy’ on it. In 2013, the artwork was extensively salvaged by an expert team of six. Remaining the property of concierge brand Sincura, this is reported to be the longest, most expensive Banksy restoration to date. In addition to Banksy’s ‘Giant Rat’, Rat Bar also features specially commissioned artworks from Gary Alford, famed for his work with Wu-Tang Clan.

Opened earlier this year, the venue (in its raw state) is already in high demand having played host to A-list celebrities and global brands such as Adidas and Fendi. Currently undergoing extensive restoration to become a multi-purpose venue, Rat Bar is the first phase of a project which includes plans to add a restaurant, brewery and dedicated event spaces in the near future.

At Rat Bar, the cocktail list will pay homage to ‘Giant Rat’, with signature drinks including ‘El Raton’, ‘Black Death’ and ‘You Dirty, Double Crossing Rat’. An eclectic mix of music will resonate throughout the bar, hosting weekly live sessions.

Rat Bar is set to open on Saturday 16th June and can be found at 26 Leake Street, London, SE1 7NN. Further information can be found here.