In Boris Johnson’s recent leaked remarks, for which he has still not been sacked, the Foreign Secretary said “Imagine Trump doing Brexit. I have become more and more convinced that there is method in his madness.” Most people laughed off this comment as yet another example of Johnson’s toadying up to US president, but at […] 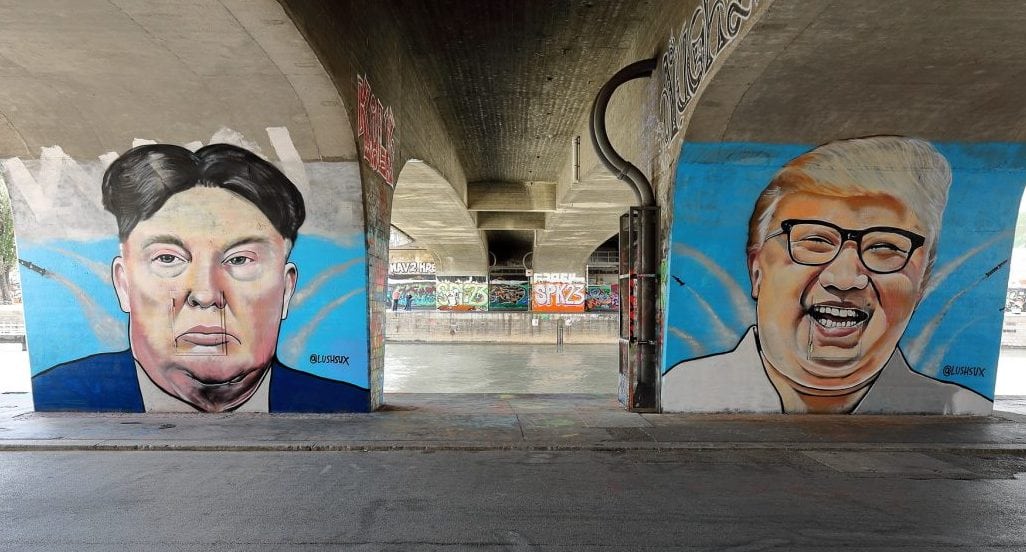 In Boris Johnson’s recent leaked remarks, for which he has still not been sacked, the Foreign Secretary said “Imagine Trump doing Brexit. I have become more and more convinced that there is method in his madness.” Most people laughed off this comment as yet another example of Johnson’s toadying up to US president, but at least some British Brexiteers saw the point: Trump doesn’t compromise, Trump is willing to hurt America’s allies to get what he wants, Trump would show Michel Barnier a thing or two.

So, how would Trump handle Brexit? As it turns out, we can make a very accurate guess based on the recent summit with North Korea. Trump travelled to Singapore for a historic meeting with Kim Jong-un – and whatever you think of Trump, the meeting was historic. It was the first time a serving US president has given North Korea such an enormous PR coup. Trump came away from the meeting claiming a major victory but within hours it became clear that the real victor was the young dictator. Trump had been played by a relative amateur on the world stage. The great deal maker gave away the farm.

Donald Trump likes to see all relationships as transactional – He gets something out of it, and the other guy gets something out of it (usually less than Trump). So what did Trump and Kim get? North Korea gave a vague assurance that they would work towards complete denuclearisation of the Korean peninsula. What does that mean, exactly? Will North Korea allow international teams into the country to dismantle their nuclear facilities? Will they allow weapons inspectors to visit, as Iraq did before the American invasion? Will North Korea produce a timetable for denuclearisation and will this include civilian power plants? Nobody knows, least of all Trump.

Kim Jong-un, on the other hand, won major concessions from Trump. Not only did the meeting legitimise one of the most oppressive regimes in the world, but Trump actively defended and praised the dictator. He swatted away reporters questions about North Korea’s gulags, he praised Kim for inheriting his family’s dictatorship at such a young age and he pledged to stop joint military exercises with South Korea, calling them ‘provocative.’ This came as a surprise to South Korea’s government. Trump came out of the meeting parroting North Korean propaganda about Kim’s talents and South Korea’s provocations. He even suggested that South Korea should be paying more for its defence, revisiting his ‘ungrateful allies’ trope. Kim Jong-un’s ‘Art of the Deal’ should be a best seller.

Is this the kind of skilled negotiator that Brexit Britain needs at the helm? Theresa May has been criticised by Brexiteers every time she suggests making concessions to the EU. How would Trump cope with the suave and intelligent Michel Barnier, whose public criticisms of Britain manage to be unfailingly polite? A few minutes of friendly banter with Barnier and Jean-Claude Juncker and Britain will be giving Belfast to Brussels. Sure, Trump just called Juncker ‘a brutal killer’ but not so long ago he was threatening to blow North Korea to Kingdom Come. Now he’s Kim’s most influential cheerleader.

The reason Britain doesn’t act like Trump is the same reason Nigel Farage isn’t on the negotiating team. They both blow hard but can’t get anything done where it counts. Farage may take a lot of credit for getting the UK to take the Brexit plunge, but now Britain is in the river, he’s forgotten how to swim. Trump talks a big game and waves his stick about, but he’s outmatched at every turn. Just like Theresa May and David Davis.

What Boris Johnson really wants isn’t the real life Trump; he wants Twitter Trump, the Trump of vile Reddit threads – the Trump who really can do the things he says he can. That should be no surprise. Johnson, like all Brexiteers, doesn’t want a real Brexit. He wants the side-of-a-bus Brexit, the flag-waving Daily Mail front page Brexit – he wants a Brexit that only exists in the nationalist imagination. Britain will soon have to stop living in a Brexit fairy tale. No knight on a white horse is coming to the rescue. And certainly not Sir Donald of Trump Tower.