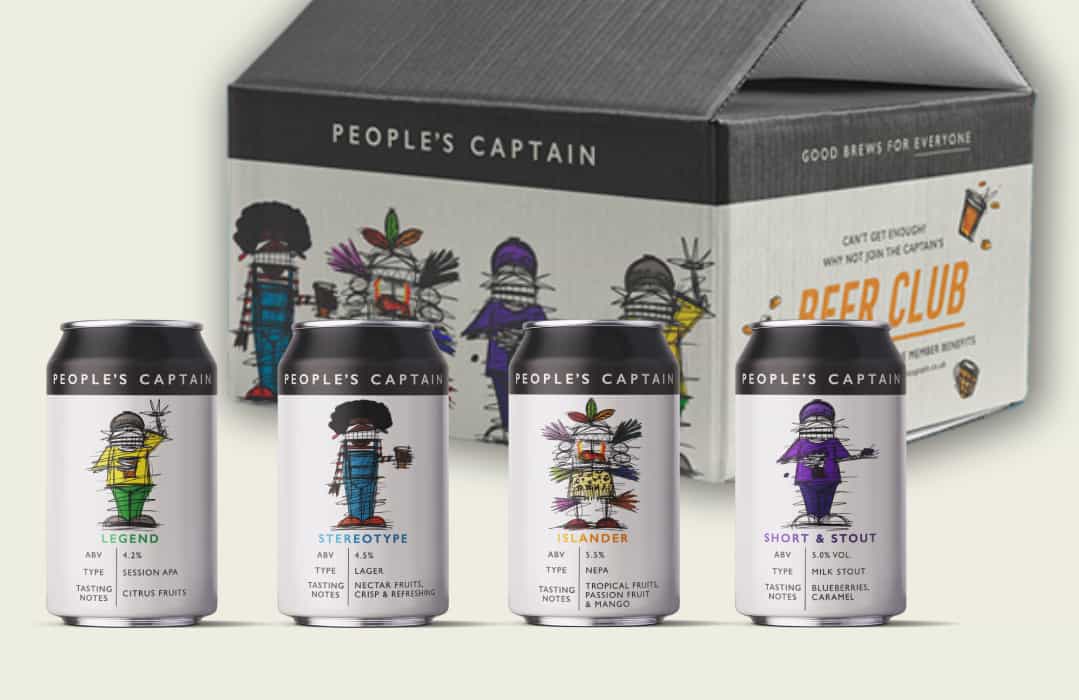 A new beer range from professional rugby player Greg Bateman, People’s Captain is described as a “game-changing beer doing life-changing things”. Centred on an ethos of bringing people together over a selection of great beers, the independent company donates a portion of proceeds to Bateman’s own charity, The People’s Captain Foundation, supporting Britain’s mental health. The aim is to raise £1 million to help boost Britain’s mental health as well as providing initiatives for those most in need.

In 2019, Greg Bateman addressed his personal battle with depression on social media, and candidly opened up about his mental health struggles. His openness surrounding what is still a fairly taboo subject in rugby has opened the door for others to engage in conversation, and seek help for mental health issues. The idea to launch People’s Captain first came about when Greg spoke about his turmoil to a friend over a drink. It was from chatting openly that he set his sights on producing craft beer, that not only tastes great, but also builds something strong, positive, and long-lasting that really makes lives better.

“A milk stout with a twist”, People’s Captain Short & Stout is brewed to 5 percent abv using less darkly roasted malt, using the natural sweetness of caramel and lactose to produce a sweet stout, back hopped with Mosaic. On pour, the beer has a cola brown complexion, capped with a foaming white head. Typical stout aromas of lactose, vanilla and coffee are joined by some fairly pale malt character and feint nuttiness which continues on the palate. Those familiar stout notes continue on the palate, though it’s far lighter than typical of its style. Sessionable, even. With a creamy finish harbouring savours of light roast coffee, People’s Captain Short & Stout is eminently easy-drinking and thus a particularly delicious introduction to the category.

All of the People’s Captain core beers are available to order for nationwide delivery. Further information on can be found here.