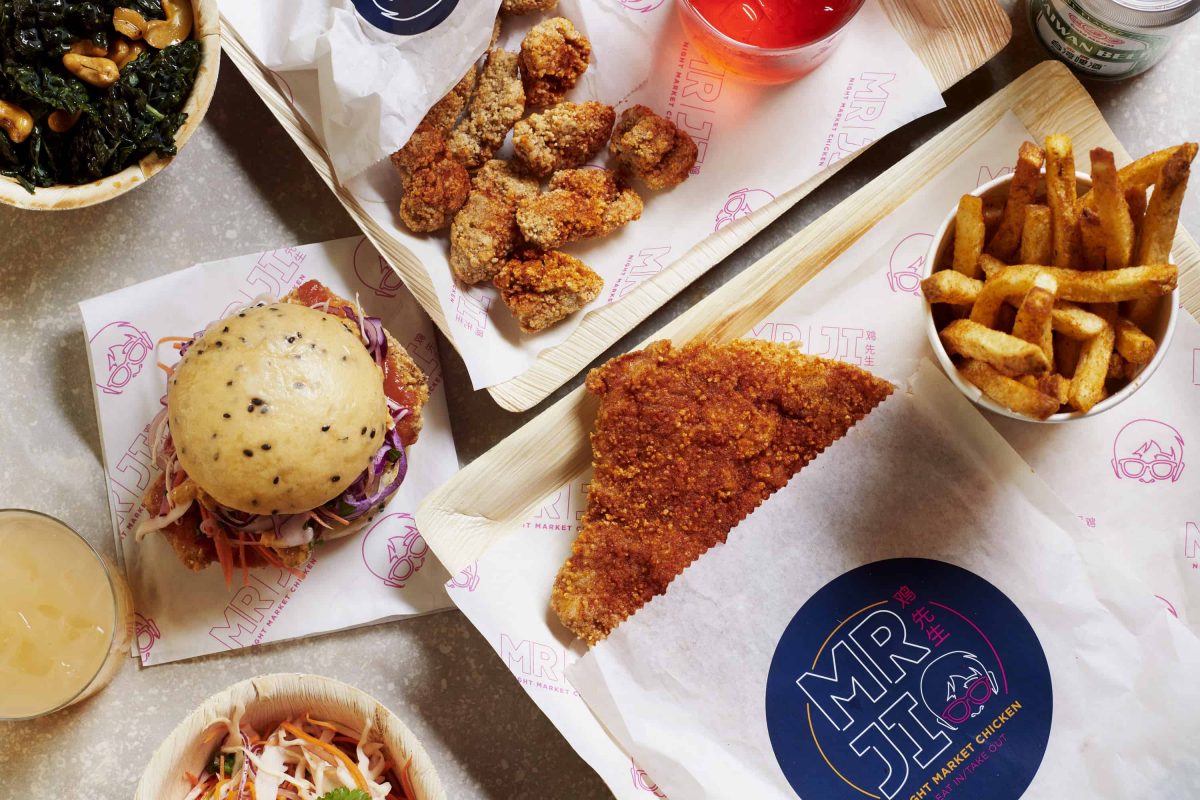 Inspired by the night markets of Taipei, Mr Ji has taken over a bricks-and-mortar site on Old Compton Street, specialising in Taiwanese fried chicken.

Legend has it that founder Samuel Haim (who also opened Hook in Camden and Greenwich) came up with the idea for the concept while hiking up Elephant Mountain to get a better view of Taipei. Here, he met a nonagenarian local who he asked for a recommendation on where to find the best fried chicken in the city. In response, the man (affectionately remembered as ‘Mr Ji’ – literally meaning ‘Mr Chicken’) pointed in the direction of the famous Shikin night market – generally considered the largest and most famous in Taipei.

Speaking to The London Economic, Mr Ji founder, Samuel Haim said: “When we did the Mr Ji pop-up, the response was amazing, people loved that we were bringing this fantastic quality, totally non-greasy, fried chicken, and in a format they’d never seen. Great Taiwanese fried chicken is all about using the best ingredients, like free range chicken and gluten free sweet potato flour, as well as making it full of flavour and character, which we’ve done by developing our very own range of punchy powders to flavour the chicken.”

Inside, the restaurant’s décor has been overseen by Mystery, specifically designed to evoke the night markets of Taiwan. Bright graphics are married with recycled materials such as scaffolding boards repurposed as tables, and neon signs which also evoke the chicken shops of suburban London (particularly those south of the river). Some fixtures are more tasteful than others, no less. As I sit down to eat, a diner at the next table takes a subtle selfie in front of the neon sign reading, “you’ve found the ji spot,” inevitably posting it into a WhatsApp group chat supplemented by a solitary smirking emoji, unremittingly proud of himself.

As for the food, 100 per cent free range chicken is used throughout the entire menu, available with a selection of flavoured powders, each adding additional depth to the chicken – not unlike those at Good Friend. These include the likes of ‘traditional spice’, ‘Thai ketchup’, ‘Korean BBQ’, and ‘salt and black vinegar’.

The main draw here is the ‘Big Ji’, a butterflied chicken breast that’s brined, coated in gluten-free sweet potato flour and plunged into seething hot oil. The sweet potato flour shields the chicken’s flesh, ensuring optimum succulence, while providing the foundation for a remarkably crispy exterior. The salt and black vinegar coating is evocative of Smiths’ salt and vinegar Chipsticks in that gloriously nostalgic sense. The Ji bao, on the other hand, features a thigh alongside some hot sauce and a whisper of kimchi, stuffed into an outstandingly pillowy bun.

In addition to the chicken, house fries are also available with Mr Ji’s flavoured powders, while the crunchy Taipei slaw is rampant with ginger and a hum of chilli, never seeming like a lazy afterthought. Cavolo Nero lashed with soy and citrus, accoutred by a generous helping of raw cashew nuts, is another unexpected highlight. A strong clutch of sides that help to prove there’s more to life than fried chicken, yet not much more.