With plenty of exciting restaurant openings constantly taking place across the Capital, we pick London’s best new restaurants openings taking place over the coming month.   Nobu – Shoreditch Rivalling The Ned as a new contender for the title of East London’s hottest new hotel opening – the first UK Nobu Hotel has arrived in […] 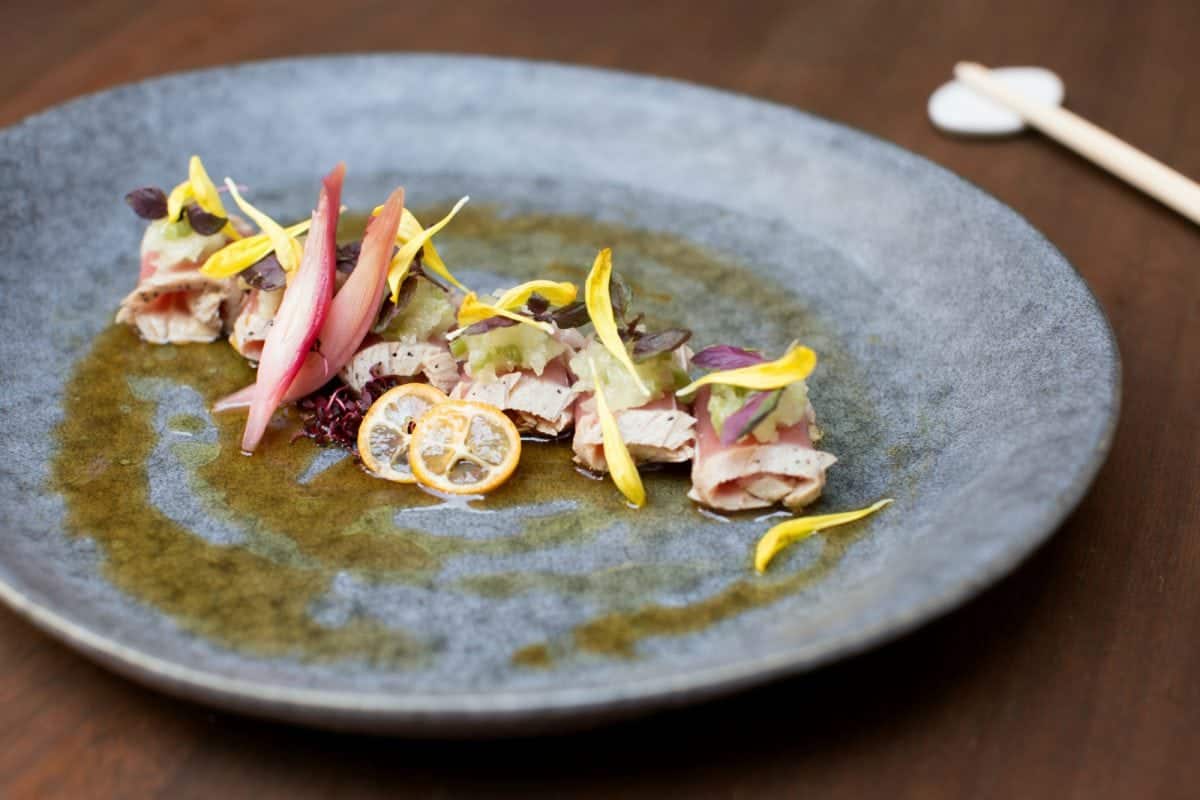 Rivalling The Ned as a new contender for the title of East London’s hottest new hotel opening – the first UK Nobu Hotel has arrived in Shoreditch. Set back from Great Eastern Street, Nobu Hotel Shoreditch offers a dynamic blend of the luxury brand’s east-meets-west philosophy, with nods to Shoreditch’s ‘creative and industrial energy’. In addition to 143 guest rooms and seven suites, a 240-seat restaurant lies at the hear of the building, spanning almost the entire footprint of the hotel. Designed by Studio PCH, the huge 340 square-meter space vaunts a 10-seat sushi bar and 18-seat chef’s table with theatric views of the main kitchen and sushi chefs at work. As for the food – expect a range of Chef Nobu Matsuhisha’s iconic genre-defining dishes, fusing Japanese, Peruvian and other South American flavours. Overseen by Executive Chef Greg Seregithe, the menu at Nobu Shoreditch will feature classic Nobu dishes such as Black Cod Miso and Yellowtail Sashimi with Jalapeño, plus a selection of brand new dishes inspired by the local area. Behind the bar at Nobu Shoreditch, guests will also have the option to sample an eclectic collection of vintage sakes, limited edition Japanese whiskies and rare Champagnes.

Nobu Hotel Shoreditch is open now and can be found at 10-50 Willow Street, London, EC2A 4BH. Joining the award winning Palm Court, Artesian Bar and Landau restaurant – all overseen by Michel Roux Jr and Albert Roux OBE – The Wigmore will open at The Langham this month. One of London’s most iconic hotels, launched in 1865 as Europe’s first ‘Grand Hotel’, the Regent Street venue’s newest dining destination is inspired by the great British public houses of the past. A ‘modern British tavern’, The Wigmore aims to become a social drinking, eating and meeting place with a ‘luxury accent’. The space’s drinks offering will be overseen by the team behind Artesian, while the food will be supervised by Michel Roux Jr. Offering a menu of hearty British food, dishes on offer will include the likes of raised veal and ham pie, devilled lamb’s kidneys and paprika-glazed short rib of beef with bone marrow crumb. Drinks, on the other hand, will include a number of wines on tap, cask ales and craft beers, including The Wigmore’s own house Saison brewed in partnership with Bermondsey’s Brew By Numbers. Elsewhere, house “hoptails” will join a selection of classic cocktails.

The Wigmore is set to open on Thursday 20th July and can be found at 15 Langham Place, Upper Regent Street, London, W1B 1JA. The popularity surrounding poké is showing no signs of slowing down, with a rapidly increasing number of specialists opening across London. Following the success of branches in both South Kensington and Soho, Tombo is set to open in Fitzrovia this month – a Japanese-inspired poké and matcha bar. With dining-in encouraged, Tombo will offer an array of poke dishes, all made with high-quality sashimi grade fish from Atariya Japanese fish suppliers. Guests will be able to choose between dishes such as ‘Classic Poké’ (salmon or tuna with sesame soy, spring onion, Edamame, sesame seeds and nori); or ‘Kaisen Poké’ (ponzu citrus soy, salmon and tuna, Edamame, avocado and nori). Elsewhere, less typical meat versions will be available, alongside a vegan special, served on a bed of rice or courgette noodles. Diners also have the opportunity to experiment with a ‘Build Your Own Poké’, with a selection of bases, mains, toppings and sauces. Not forgetting the focus on matcha, Tombo prides itself on serving some of the highest quality matcha in London, with a number of matcha lattes and teas joined by desserts including soft serve ice cream, matcha tarts and cheesecakes.

Tombo Fitzrovia is set to open in July and can be found at 4 Windmill Street, London, W1T 2JL. A Greek term referring to ‘the love and soul that someone puts into their work’ – Meraki opens this month, from the Waney family (behind Roka, Zuma and The Arts Club). Launching in the heart of Fitzrovia, Merkai will instil the principle of Greek hospitality (‘foloxenia’) in everything from its sharing dishes to the dining and entertaining spaces. Created by Greek Chef Dimitrios Siamanis, the menu at Meraki will celebrate produce sourced from Greece’s regions, with dishes set to include slow-cooked ox cheek with hilopites from Trikala, artichokes and graviera; or baked cod wrapped in vine leaves, artichokes and broad beans in a broth of mussels. In addition, a number of seasonally-inspired mezze dishes, chargrilled meats and fish dishes will also be on offer. The drinks offering at Meraki, on the other hand, is heavily Greek-influenced. Expect a large selection of Greek wines, plus a showcase of the country’s rapidly growing craft beer industry, while a dedicated cocktail bar will serve drinks using Greek herbs and citrus from Naxos.

Meraki is set to open in July and can be found at 80-82 Great Titchfield Street, London, W1W 7QT. Meaning “man that rolls” in Hindi, Rola Wala is set to open its first permanent site this month. Following the success of various street food popups, the restaurant will offer an Indian menu from founder Mark Wright, with a healthy, ‘everyday Indian’ fast food concept. The menu at Rola Wala will feature a range of gluten-free, low carb and vegan dishes (none containing more than 500 calories). In addition, the food is promised to deliver on taste, without compromise – with each dish having a minimum of 43 ingredients and spices. Hand rolled sourdough naans will be joined by the likes of hot brown rice ‘khicheree’; or ‘Red Dal’ made with beetroot, coconut and channa dal with a nine-spice masala. In addition, meat dishes will include ‘Nagaland Lamb’ – a slow-roasted riff on classic Vindaloo with a Portugese/Goan spice mix and fiery Naga chilli; plus ‘Bengali Spiced Beef’: slow-cooked brisket in Bengali spices. To drink, Rola Wala’s own mango, lime and turmeric sodas, made in collaboration with Hackney’s Square Root, will be available, as well as a selection of craft beers and wines. Rola Wala is also proud to partner with One Feeds Two, a charity that donates a school meal to a child living in poverty for every naan roll sold.

Rola Wala is set to open in July and can be found at 36 Brushfield Street, London, E1 6AT. Joining sites in Chelsea, Bloomsbury and Notting Hill, VQ has opened a 24-hour restaurant and bar in the new Dorsett City Hotel in Aldgate. Planning to open ten late night/24-hour sites over the next three years, the restaurant group’s latest opening has space for 60 covers with a 30 cover bar and outside seating for a further 60 guests. On the menu, a selection of comfort food classic are joined by traditional dishes. The all-day menu includes the likes of halloumi fries with tzatziki; beer battered haddock; chicken kiev; barbecue ribs; and a range of pastas, burgers and salads. For dessert, expect a number of classic British puddings such as sticky toffee pudding, or apple crumble with custard. Also, in recognition of the city’s love of breakfast – the restaurant offers a 24-hour breakfast menu which includes dishes such as eggs Benedict and buttermilk pancakes.