Until recently, I felt like the only person in London with an Instagram account, still yet to visit The Ned. Quite honestly, I could have probably lived without a trip to Soho House’s new landed cruise ship, if not for the torrent of social media photographs from a tribe of pretty people with unexciting jobs and […] 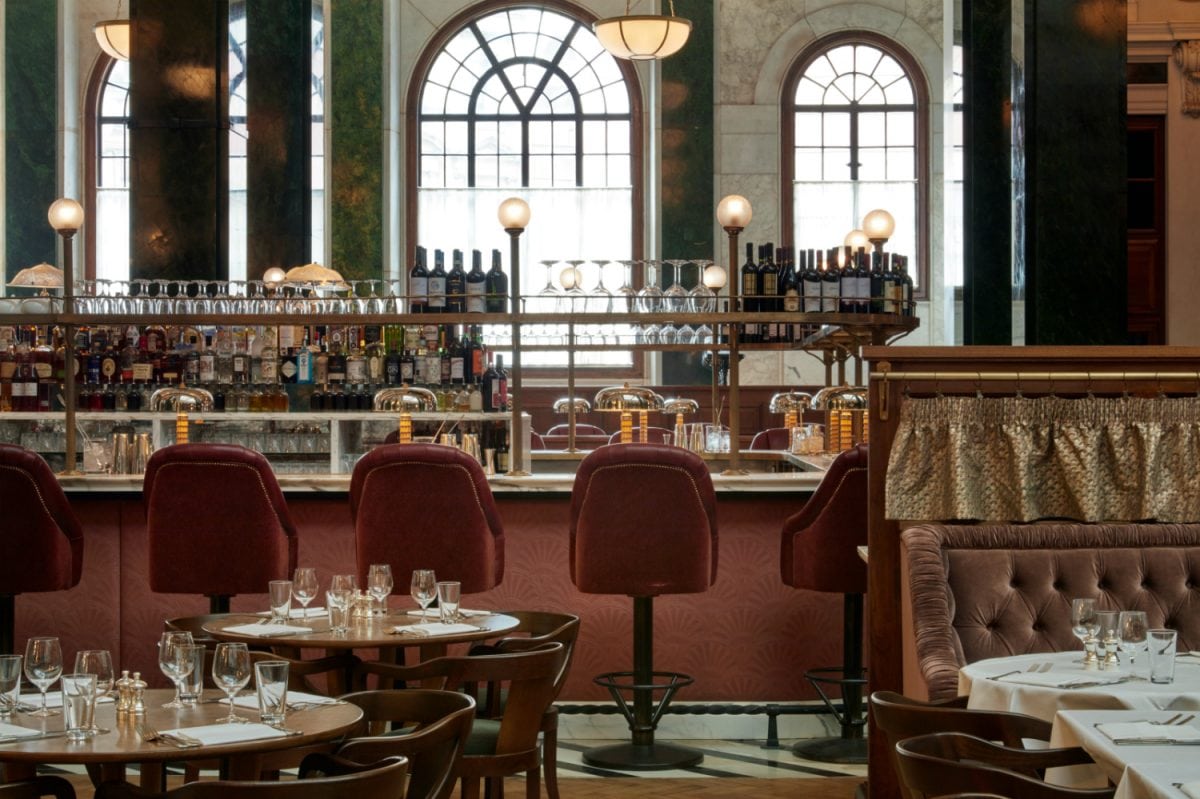 Quite honestly, I could have probably lived without a trip to Soho House’s new landed cruise ship, if not for the torrent of social media photographs from a tribe of pretty people with unexciting jobs and unlimited access to the rooftop infinity pool. Suddenly I’d become affronted with serious fear of missing out, so decided to visit for dinner with a friend – apparently the only other Journalist in London who’d never set foot in London’s trendiest new opening.

As is often the case with social media-friendly venues (and the Square Mile), I’d completely expected the whole place to be filled with irritating diners. Yes, the obnoxious security guard on the door with his aggressive correction of my Italian pronunciation nearly inspired me to leave before even entering. Plus, the Don Johnson in Miami Vice look-alike (rolled suit sleeves, neon v-neck t-shirt, and all) on the next table completely epitomised my expectations; demanding we stand up half-way through our meal to take a photo of him with his expensive companion, in between clicking his fingers for the waiter’s attention.

Just across the road from one Bank station’s 1.5 billion exits, The Ned is a hotel, private members’ club, gym and spa within a gorgeous eight-storey, Grade-I listed building originally designed by Sir Edwin Lutyens in 1924, as the headquarters of Midland Bank. Most recently, the building was frequented by HSBC, but has been unoccupied since 2007. Now named after the building’s architect, The Ned has eight restaurants on the first floor, including Zobler’s Delicatessen, Asian-Pacific Kaia, and a branch of Cecconi’s. Inside, the space isn’t too far removed from the original setting, while Cecconi’s is an open space in the middle of the ground-floor, bedecked with classic Chesterfield banquette seating around the edge of the room and heavily starched table linen. Nonetheless, the atmosphere is considerably less stuffy than the building, décor and location may suggest – largely aided by the service.

The food was mostly very good, yet it’s the service that really set Cecconi’s at The Ned apart from the countless other restaurants within the square mile. Our waiter for the evening (Leandro) struck a perfect balance of attentiveness and friendliness, comfortable with making suggestions, sharing frank, honest opinions on specific dishes and communicating in a way that didn’t make us feel like second-class citizens. To begin, a round of Negronis from the dedicated Negroni menu seemed entirely irresistible. The signature ‘Nedgroni’ combined Bombay Sapphire gin with Kamm & Sons, Rubino and flavours of rose and grapefruit. A fine drink, somewhat sweeter than the original, though the classic version (executed perfectly here) is simply unbeatable.

First, a classic dish of soft, milky Burrata came with a troupe of Technicolour tomatoes and a fistful of basil. The differing variations of tomato brought unexpected depth to the traditional dish, though the token green tomatillo was unpleasantly firm, crying for a heavy-handed pinch of salt. Beef carpaccio, on the other hand, was listed on the menu served with a Venetian dressing. On enquiring about the dressing, Leandro suggested I order the dish with a simple garnish of olive oil and shaved parmesan. Prepared table side, the beef was sliced paper-thin and had an uncomplicated simplicity, allowing the bovine flavour of the raw fillet to excel, tamed by the grassy olive oil.

Next, crab ravioli featured five parcels of slightly over thick pasta, packed with sweet white crab meat. The pasta, on its own, was fine – but the accompanying sauce had profound depth that I’d happily bathe in. Better still, Plin agnolotti – again on Leandro’s recommendation – was a traditional, simple dish perfectly executed with sublime flavour. Harking back to lavish feasts held by Italian Dukes, bite-sized bequests of pasta contained soft tangles of slow-cooked veal, smothered in veal jus, butter and sage. The embodiment of superb Italian food, the dish had tremendous Neanderthal simplicity, but prevalent focus on produce treated with such care and respect. Desserts were solid if not spectacular. The lemon tart had just the right amount of sharpness to cleanse the palate post-pasta, neutralised with a silky mascarpone ice cream, while the strawberry cheesecake offered a towering wedge of subtle cheese, complete with fresh strawberries and a syrupy sweet reduction, best washed down with excessive volumes of Grappa.

If the resounding success of Soho House is anything to go by – we can expect The Ned to become even more popular over the coming months. As for this built-in Venetian restaurant; The Ned has struck gold with the service and pasta, alone.