The secret storeroom stocks 1,000 extra products including medical gloves, needles and dressings at a cost of about £5 million. 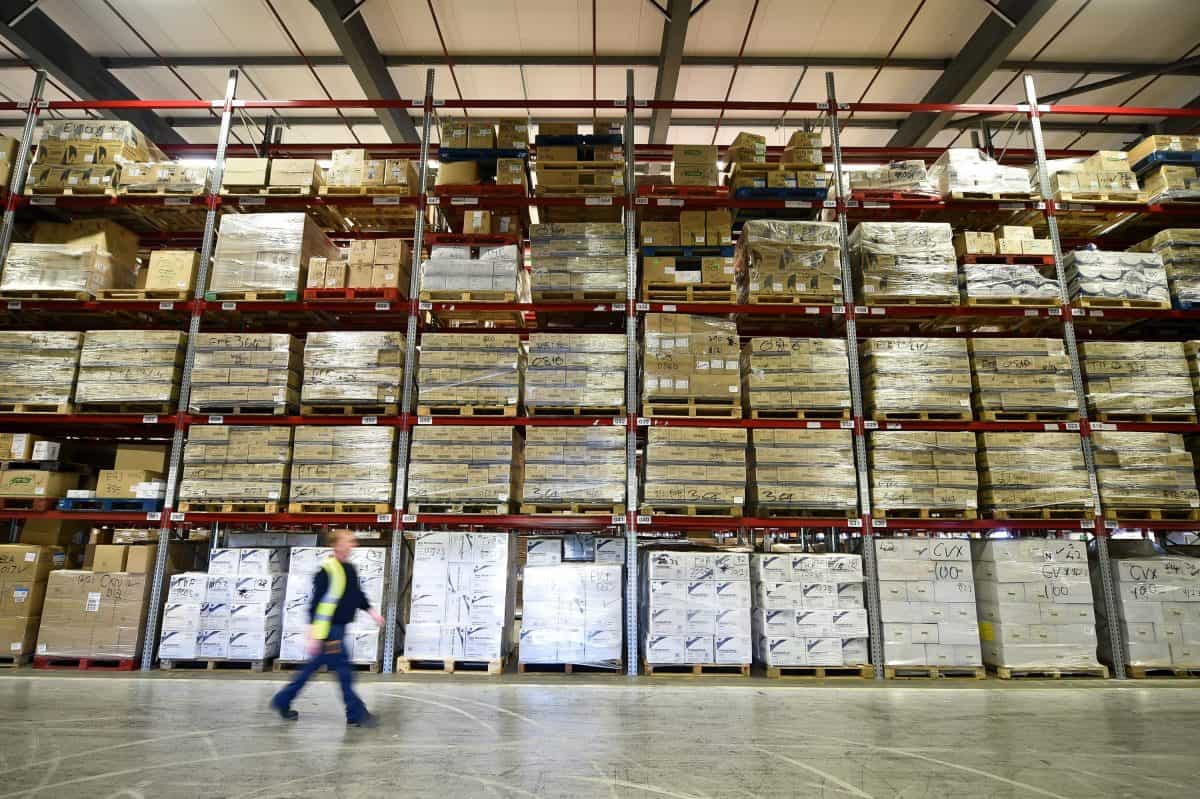 NHS Wales has given a rare tour around its Brexit warehouse, where medical supplies have been stockpiled in the event of a no-deal.

The storeroom was bought by the Welsh Government to contain around 1,000 extra products including medical gloves, needles and dressings at a cost of about £5 million.

Based in a secret location the 240,000 sq ft facility in south-east Wales was opened up to press cameras in a bid to stop the public from panicking and stockpiling themselves.

“We’ve also been working with suppliers and they have also stocked up as well, so they also have additional stock above what they normally would have held.

“When you build that stock into the product we’re already holding it gives us a significant period of insulation if there’s a problem.

“None of us can anticipate how long that would go on for, so I think we would be a quite a few months in before we would start to see any problems affecting us.”

He added: “What we don’t want is an artificial problem that’s created by public panic and particularly with medicines and normal stuff people get issued with.

“Talk to your GP, talk to your pharmacist, don’t stockpile. Just work on what you normally do and don’t create and artificial problem.

“None of us quite know whether we’ll have no-deal or a further extension. What we know is if things happen and there’s a problem, we are as prepared as we can be.”

“We are all in the same position”

Mr Roscrow said the Welsh NHS’s actions had been mirrored across the UK, with the other administrations collaborating to test different scenarios in the event of leaving the EU.

He said: “We’re all in the same position in terms of planning and readiness.”

Related: Pharmacists experiencing shortages of every major type of medicine