The Goring Bar has relaunched to coincide with the opening of Siren. 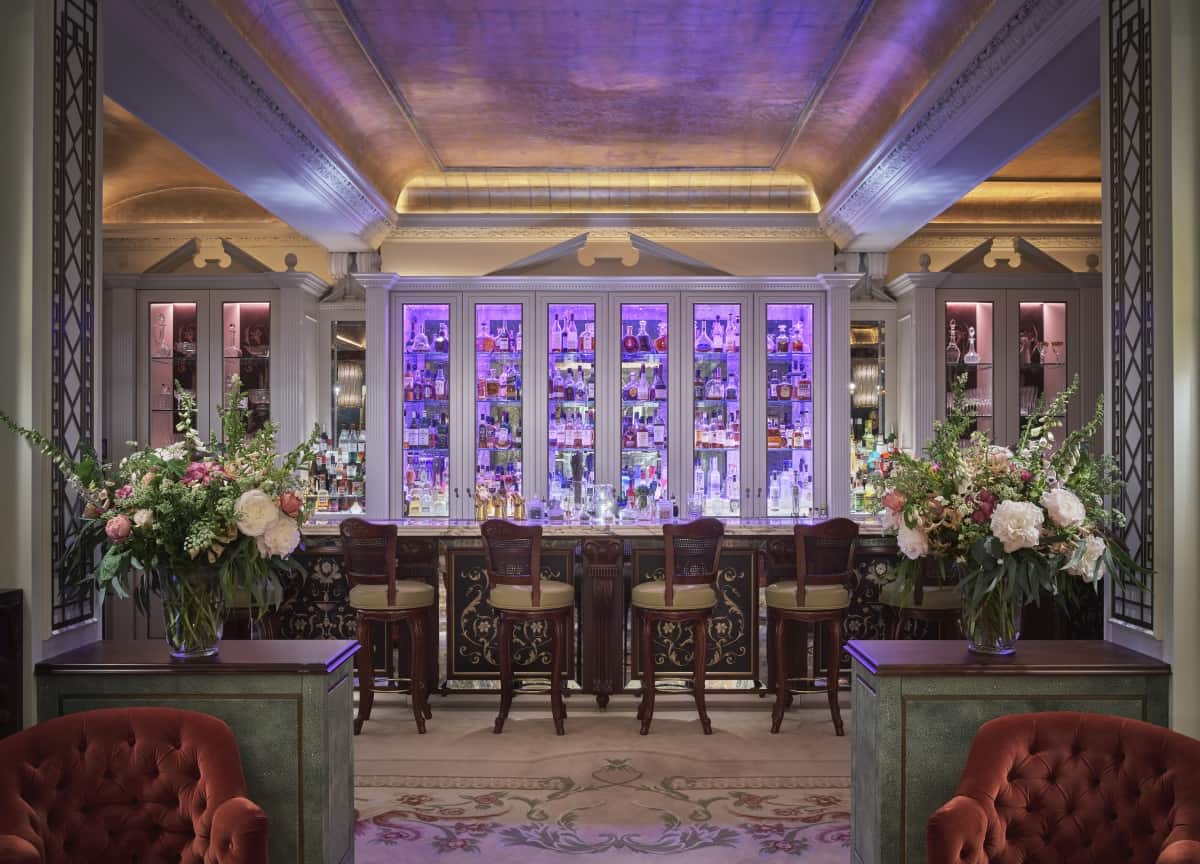 Coinciding with the opening of Siren, a new seafood restaurant at The Goring, the hotel has re-launched The Goring Bar, following a fresh refurbishment.

Joining the hotel’s first new restaurant in over 109 years, The Goring Bar sets out to become a standalone drinking destination, with an impressive new cocktail list. In addition to the new drinks list, with cocktails devised by bar manager Tiago Mira, the bar’s interior facelift has been overseen by Russell Sage, aiming to create an “eccentric, uplifting space”. Nods to Siren’s Cornish inspiration include the hand-crafted plasterwork wall that separates the bar from the restaurant, depicting mythical sea creatures and marine life. Moreover, the hotel’s garden has also been instrumental to the new design, with leading herb expert and RHS Vice President, Jekka McVicar, having led a complete redesign, planting over 100 different herbs utilised within Siren’s dishes and The Goring Bar’s cocktails.

Reflecting the hotel’s dedication to presenting an old-school English experience, established in 1910, the bar’s cocktail list has a prominent focus on British spirits. Drinks include the likes of the ‘Rosehip Royale’, combining Pimm’s No. 6 Cup with Sacred Rosehip Cup and a sherbet of strawberries, cucumber, mint and rose, topped with Champagne; or the ‘Garden Gimlet’, a floral take on the classic. ‘The Madness of King George’, on the other hand, features King George III’s favourite whisky as the base of an apple Manhattan. Alongside the drinks, a menu of bar bites includes dishes such as “lobster scampi” with chilli and pepper jam; crab scones; The Goring’s take on a club sandwich, and a smoked fish platter with horseradish and lemon.

As expected from the space, service is elegant and rooted in 20th Century custom, while the space is considerably more comfortable in its new guise. From the new menu, the ‘Garden Negroni’ is a particular highlight: lurid green, featuring Tarquin’s Cornish gin, Absenteroux Provencal vermouth, Luxardo bitter bianco, matcha tea, red amaranth and Seedlip ‘Garden’, which contributes to an herbal, slightly medicinal character which complements the gin and vermouth. The bar will also happily mix classic cocktails, including a solid take on a Hemingway Daiquiri. A traditionally glamorous addition to London’s bar scene.

The Goring Bar can be found at 15 Beeston Place, London, SW1W 0JW.