Once a topic of controversy, even amongst the most carnivorous of us, veal (particularly Rose Veal) is becoming increasingly popular on the menus of high-end restaurants around London and the United Kingdom. A leading UK restaurant supplier, Lake District Farmers supply premium, breed-specific meats to fine dining establishments, providing customers with the full supply chain […] 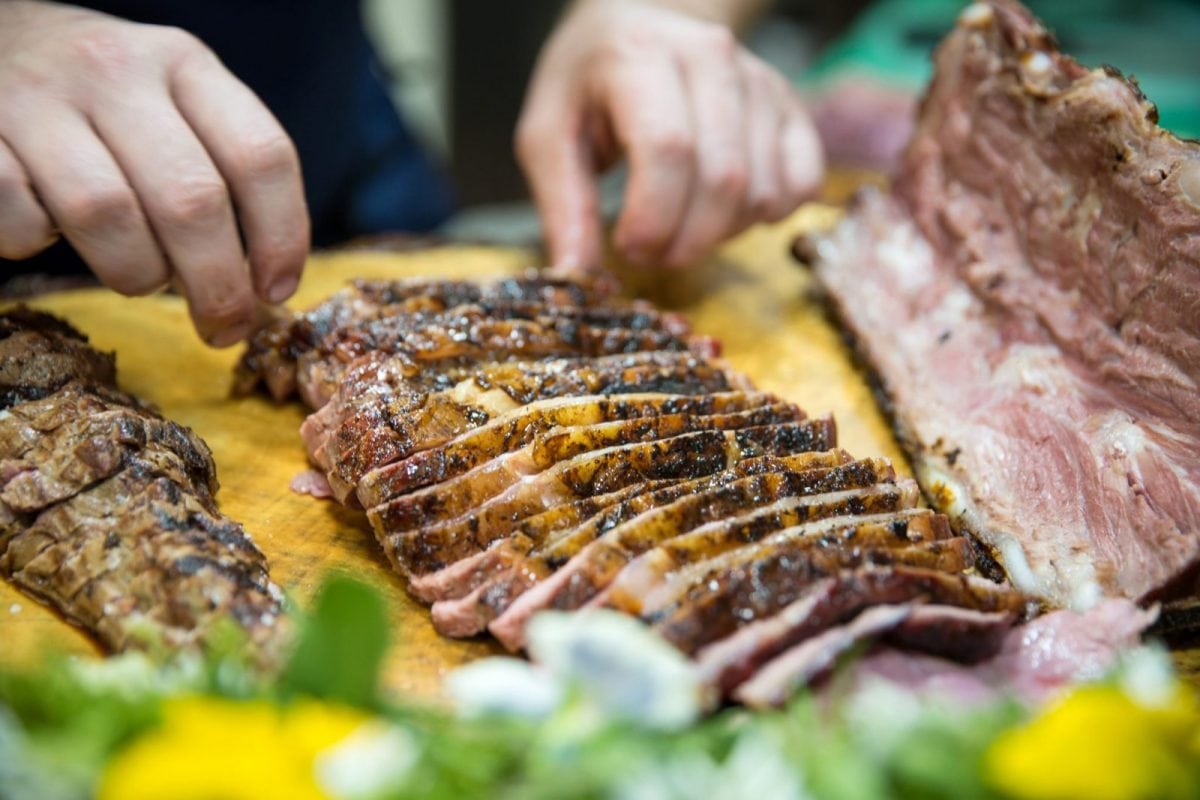 Once a topic of controversy, even amongst the most carnivorous of us, veal (particularly Rose Veal) is becoming increasingly popular on the menus of high-end restaurants around London and the United Kingdom.

When he’s not using Twitter as a platform for criticising peoples’ home-cooking, let’s not forget that Gordon Ramsay runs his own restaurant group, with 14 in London. Supplied by Lake District Farmers, the chef’s Maze Grill on Park Walk in Chelsea recently held a preview ‘Eve of Veal’ supper club, showcasing the produce with a nose-to-tail ethos – which is both on-trend and incremental to waste prevention. The four-course menu also strives to educate diners on its ethical values, because let’s be honest – there’s not really any such thing as cruelty-free meat, alas.

Favouring veal sourced from Gatelands Farm in the Lake District, the previous ‘Eve of Veal’ tasting menu featured a number of sumptuous dishes, previewing a similar supper club set to take place on Tuesday 16th May. Dishes included the likes of veal cheek ‘lollipops’, slowly-braised, breaded and fried to create an insalubriously delicious appetiser; paper thin rump carpaccio with crispy kale and confit egg yolk; veal shin and marrow ravioli (osso buco by any other name) with slightly over-thick pasta saved by the luscious filling; smoked veal short rib served on the bone, demanding to be taken in hand and nibbled in a Neanderthal fashion; plus veal sausage with wild onion gravy and ‘mash’ (potato and artichoke foam) – providing the most delectable course of the evening. To finish, another nod to the prized cattle, a playful take on a Mini Milk ice lolly was presented on a St. George’s Cross of raw pearl barley and pink peppercorns. Don’t make the mistake of rolling the dessert in the garnish, like I did.

Speaking on the event, Maze Grill Head Chef Ben Waugh said: “We wanted to host the Eve of Veal evening at Maze Grill, part of our Prime Nights Series, to champion the use of British rose veal. The farming practices that come to mind when veal is mentioned were banned in the UK in the 90s. It’s important we talk about veal and get it back on more menus as it is a by-product of the dairy industry and is often wasted.”

Gordon Ramsay, himself, added: “It is important for the public to be educated on British rose veal to dispel the often-misunderstood view behind its production. I’m proud that we work with the very best suppliers in the UK and I am excited that the team is putting out some amazing veal dishes across the group. The dishes that will be served during an Eve of Veal at Maze Grill will showcase the incredible versatility of veal.”

The Eve of Veal event forms part of the Gordon Ramsay Group’s Prime Nights series, featuring a number of unique dinners celebrating different meats. The next Eve of Veal evening will take place at Maze Grill Park Walk on Tuesday 16th May priced at £50 per person, with wine pairing priced at an additional £35 per person.