A heartbroken husband has told how he slept next to his dead wife’s body in the same room for SIX DAYS – because he did not want her to be taken to a mortuary. Devastated Russell Davison, 50, decided he wanted to be in control of what happened to his partner’s corpse after she passed […] 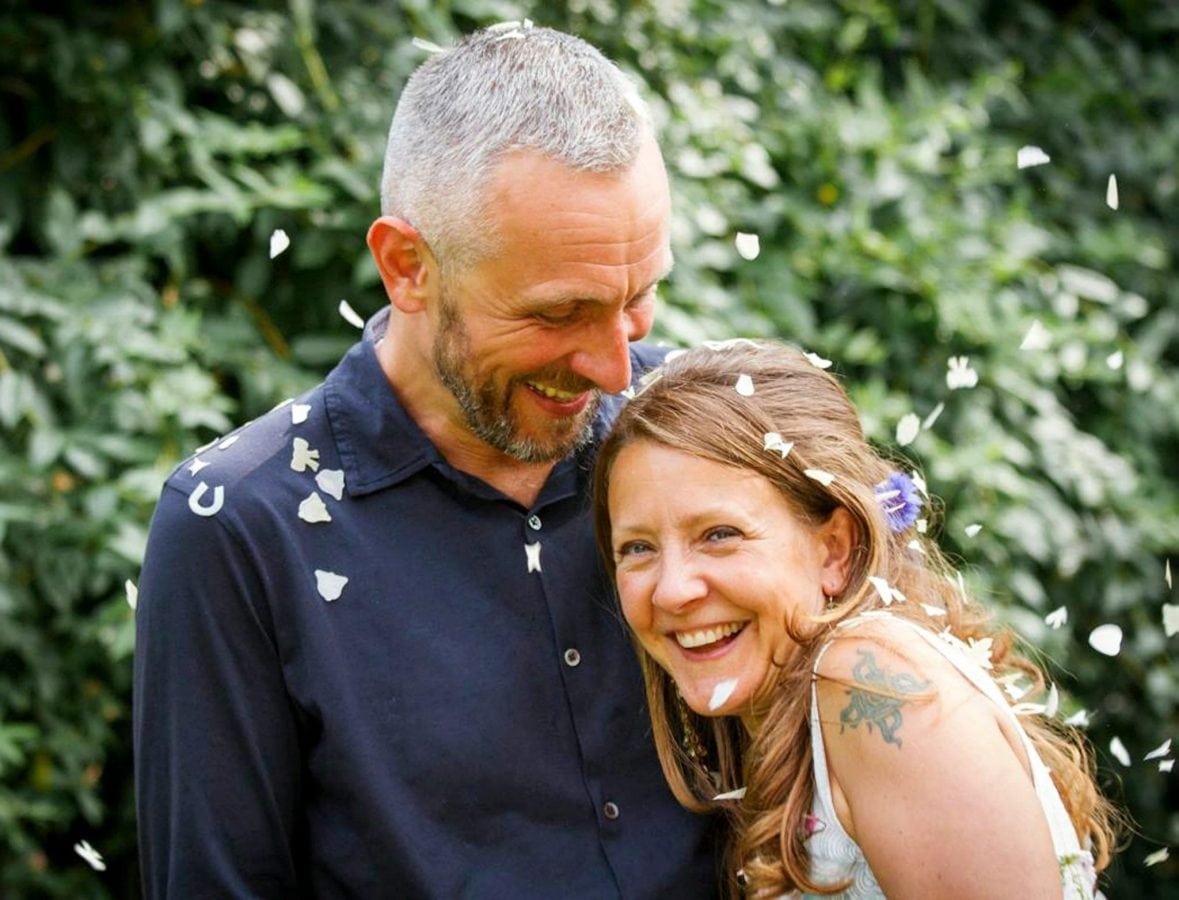 A heartbroken husband has told how he slept next to his dead wife’s body in the same room for SIX DAYS – because he did not want her to be taken to a mortuary.

Devastated Russell Davison, 50, decided he wanted to be in control of what happened to his partner’s corpse after she passed way from cancer on April 21.

Wendy, 50, was kept in their home for almost a week until he finally decided to take her to the crematorium to say his final goodbye.

She died of cervical cancer after the family shunned traditional treatments such as chemotherapy and radiotherapy, saying they wanted to do their “own research.” 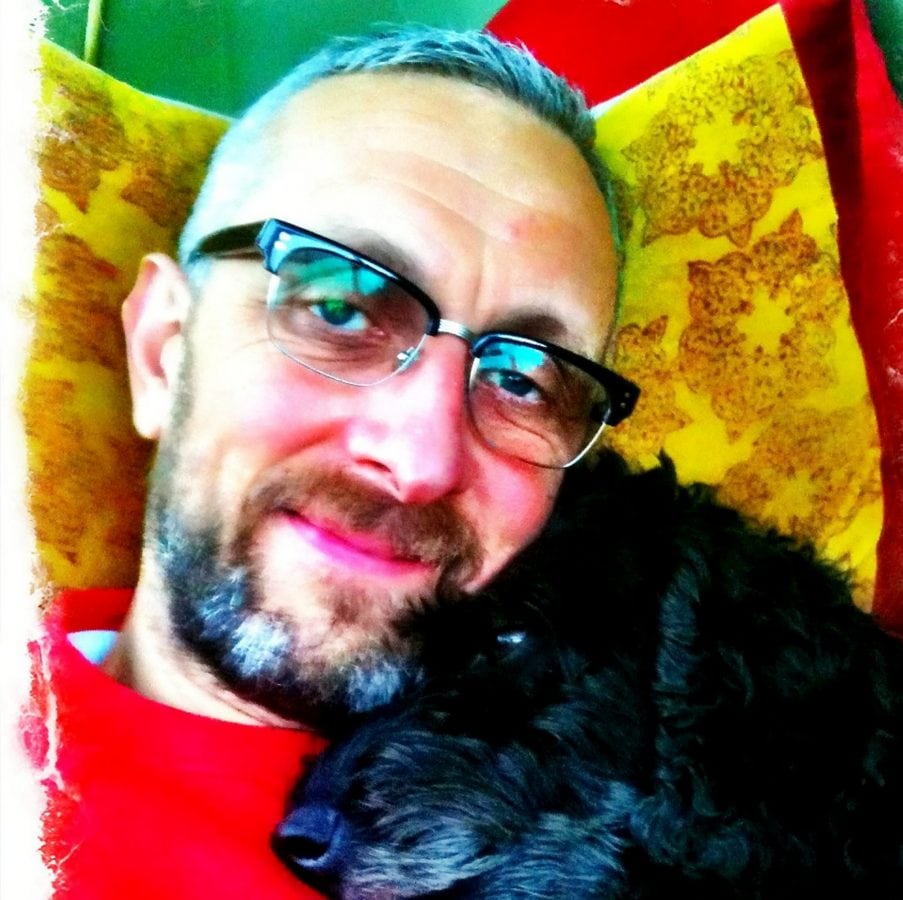 She passed away in the arms of Russell and one of her two sons, Dylan, at their home in Derby where she said had requested she wanted to die.

Letting agent Russell said after placing her in a “cocoon” he then stayed with his wife because he could’t bare the thought of her being taken away in a plastic body bag.

He even invited relatives around to sit and talk to Wendy which he said provided great comfort to the family and helped them come to terms with their loss.

Russell now wants to convince others that staying close to a loved one’s dead body should nothing to be scared of.

He said: “Wendy was diagnosed with cervical cancer not long after our joint 40th birthday party at Susumi in November 2006.

“From the get-go she got straight into the driving seat and took control of her own health.

“We were not prepared to hand her life over to doctors – we wanted to do our own research and do the very best job we could to keep Wendy alive.

“We have no doubt that by refusing chemotherapy and radiotherapy and truly embracing natural health we have extended Wendy’s life by a very long time.

“Around three years ago Wendy was given six months to live. 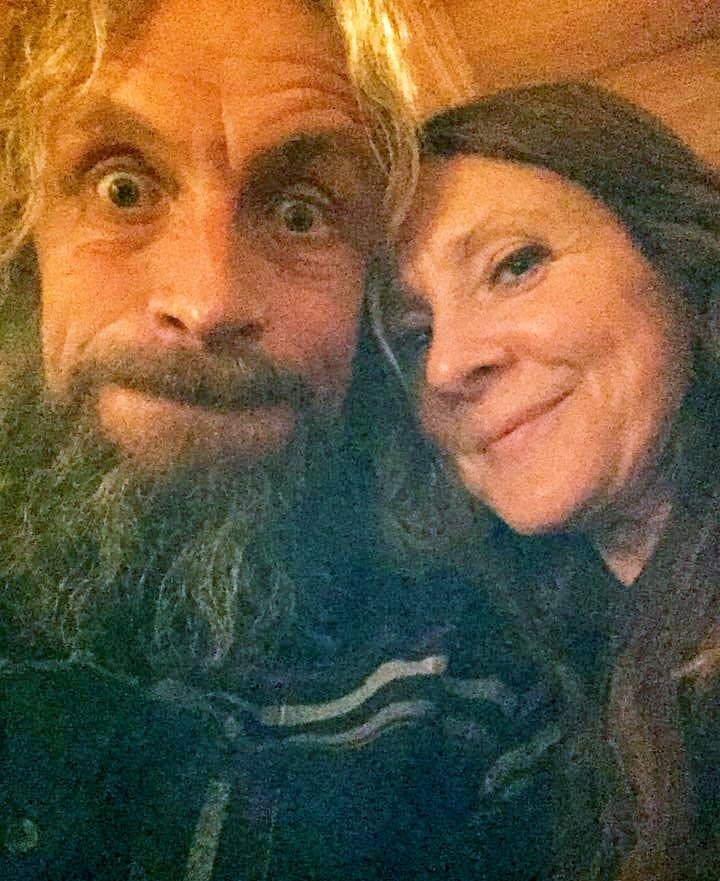 “It was then that we decided we needed to start living in ‘The Now’ and make the very most of every moment we had left together, so we bought a caravan and went travelling all round Europe.

“We adapted our work to be done from anywhere on a mobile phone and a laptop and we set off.

“Our ‘gypsy travels’ sadly had to come to an end last September when we had to return home to Derby due to Wendy’s pain being too much to bear.

“She has been in and out of the Macmillan Ward at the Royal Derby Hospital many times since, but she was determined to die at home.

“So me and the boys – Wendy’s two sons Luke and Dylan Nichols along with my two sons Benjamin and Dominic Davison – have been nursing her at home for the last few months. It has been a very tough time for us all.

“Wendy suffered so much pain every day but never once complained and has never felt sorry for herself, or said anything about it being unfair or anything like that.

“She has focused on gratitude every day and shown more bravery, courage and grace than I thought it was possible to have.

“Wendy stopped eating on April 10, she stopped drinking on April 15 and was pretty much sedated from then on.

“She did have moments of communication near the end – enough to tell me she loved me and that she was no longer in pain. That meant the world to me at that moment.

“Wendy died very peacefully, fully sedated, in no pain in mine and Dylan’s arms with our ever faithful dog Elvis smuggled up right next to her too.

“After a while we gently and lovingly washed Wendy’s body, dressed her and placed her in her cocoon – a word we prefer to use instead of coffin – and it was very special.

“She looked absolutely beautiful, just like she always did in life: no effort, no makeup, just radiant beauty.

“It was at that point my heart started to break. I cannot believe how much I sobbed – it seemed to last for ten hours. I could not eat or even talk very much.

“I was amazed at how much came out, we had all been crying a lot over the last few weeks but this was next level.

“Death seems to be such a taboo subject in our society, no one seems to want to talk about it. Wendy and I were not like that, we talked about it a lot.

“We have been fooled by TV and films into thinking there is something to be scared about with dead bodies – there is not, I can assure you. 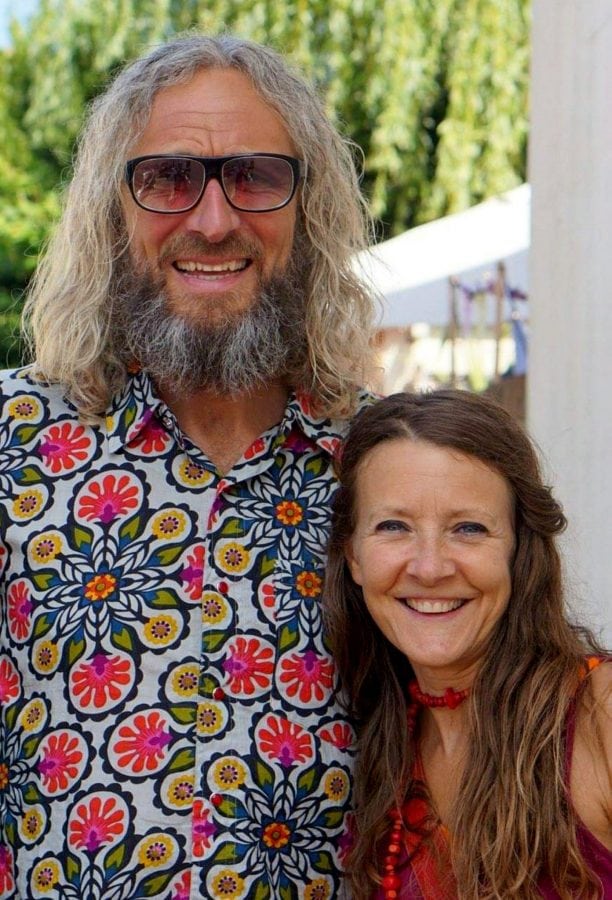 “For a long time I have been determined to have Wendy at home when she died.

“I did not want her in the mortuary or handed over to a funeral director, I wanted us to take care of her ourselves at our family home, and have her in our bedroom so I could sleep in the same room.

“I was sure this would be a comfort to us all but again I am truly amazed about has happened; having Wendy’s body at home and being able to sit with her all day, have her friends and family come to sit with her, chat with her, chat about her and light candles and incense on her altar proved to be such a beautiful and comforting experience for me, the boys and all who took part.

“My nephews came to visit. They were both a little nervous, never having seen a dead body before, but after a while of being with us all in the room with Wendy they said how peaceful, comforting and reassuring the experience was.

“Something very beautiful happened in our house and I can’t help feeling Wendy made that happen.

“At least one of us sat with Wendy until Thursday morning.

“This was important to us as our belief is that the spirit can sometimes take a while to transcend and having the body in familiar surroundings with familiar people helps reassure the spirit about what is happening and what needs to happen.

“The impact of having Wendy’s body lying in rest in our bedroom with family and friends coming to pay their respects and sit and vigil with her was really quite astonishing.

“The comfort me and boys and their partners have had from being with family and friends at Wendy’s dead body’s side has been huge.

“I would describe the process as like an emotional decompression chamber, allowing us to start to come to terms with our loss while Wendy is still with us.

“The idea of her being taken away in a plastic body bag hours after death is so alien to us all now we really don’t think we could have taken it.

“Without exception everybody who has spent time with us and Wendy’s body said how right it felt and how this should be the way we treat our dead – not sending them off to the funeral director as is pretty much always the custom now.

“It certainly did not used to be that way for our parents’ generation.

“My humble opinion is that you should take control back, and use Wendy’s example as your guidance.

“Wendy, your life was amazing and you have left a legacy behind that will live forever.

“You have shown us exactly how to live and exactly how to die with grace, honour, love and beauty and I am so incredibly grateful to you for everything that you are and have been to me.”

A memorial to celebrate Wendy’s life will be held at Derby’s County Cricket Ground at 11am on May 14.