Sport News 24/7 England are experiencing a severe selection dilemma at the moment and for once it is not owing to a lack of quality candidates to fill batting spots in their order. The early season form of Test wicketkeeper, Jonny Bairstow, in the 50-over format is giving Trevor Bayliss, the coach and, Eoin Morgan […] 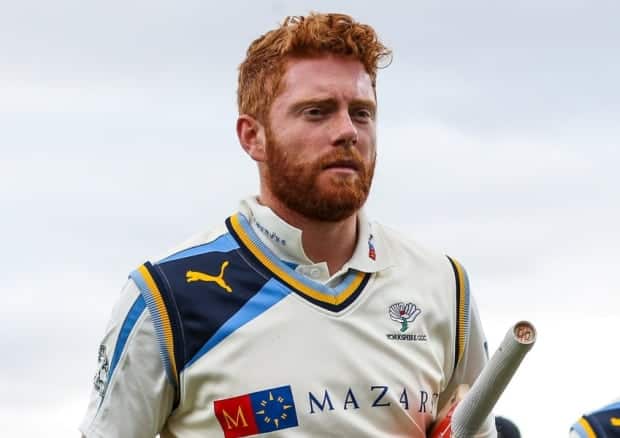 England are experiencing a severe selection dilemma at the moment and for once it is not owing to a lack of quality candidates to fill batting spots in their order. The early season form of Test wicketkeeper, Jonny Bairstow, in the 50-over format is giving Trevor Bayliss, the coach and, Eoin Morgan the captain, a serious problem.

Bairstow has been in scintillating form, hitting 174 off 113 balls for Yorkshire against Durham recently, and smashing 72 not out off 44 balls for England against Ireland on Sunday at Lord’s. The equation appears to be a simple one – the Yorkshireman must surely be accommodated in England’s ODI middle order for the forthcoming Champions Trophy.

Yet England, currently, are blessed with great batting riches. Bairstow doesn’t feature in England’s strongest ODI XI and the fact is not lost on him, with Bairstow lamenting his position after his swashbuckling Lord’s outing.

Jason Roy and Alex Hales have transformed England’s power play batting atop the order and are nailed on starters for the Champions Trophy. Test captain Joe Root will bat at three followed by ODI skipper Morgan at four. It is then over to current IPL players Jos Buttler and Ben Stokes to fulfil the lower middle order spots ahead of Moeen Ali, Chris Woakes, Liam Plunkett and Mark Wood (if he can stay fit).

There is another bowling spot up for grabs between David Willey, Adil Rashid and Chris Jordan.

Buttler has to play. He’s a leading ODI batsman and a proven match winner. To consider his exclusion is madness. Ditto Stokes. His all-round prowess adds balance to both the batting and bowling departments.

Bairstow can’t bowl, so there are only two slots in the side that he could take. One of those is captain Morgan’s. Whilst Bairstow’s form surpasses Morgan’s at present, England aren’t going to axe the skipper who has been at the apex of their post-2015 World Cup turnaround.

That leaves the number seven position potentially open. Ali appears to be the most vulnerable to Bairstow’s impressive form. Adding to the potential for Ali to be dropped have been Rashid’s performances against Ireland with bat and ball and Root’s surprise prominence with the ball during the series.

England could risk going with five frontline bowlers and Root. Stokes, Woakes, Plunkett and Wood in the seam department, plus Rashid and Root to bowl a bit of spin. That would leave England free to select Bairstow at seven, or use Buttler as a roaming gun to be slotted in as the match situation dictates with Bairstow at five.

This is an inflexible solution, however, as if one of the seamers has an off day at the Champions Trophy, there is a lot of pressure on Rashid and Root. Also, if Rashid has an off day and the spinners are taking some tap, Morgan will have no choice but to eek 10 overs out of them.

So, on paper, it appears that it’s a shoot-out between the all-round abilities of Ali, with his lower order batting and handy off-spin (in ODIs at least), against the prolific current form of Bairstow.

The plans for the Champions Trophy have been laid out for some time and this is forming part of England’s preparations for hosting the World Cup in 2019. Bairstow is not in the starting XI in those plans, but he has at least yelled his argument loud and clear with the bat. Any injuries and he’s straight in, but that’s not enough for him.

It’s a selection dilemma for England. For once, it’s a good dilemma for them to be having.