A simple lager from the south London brewery, following a rebrand. 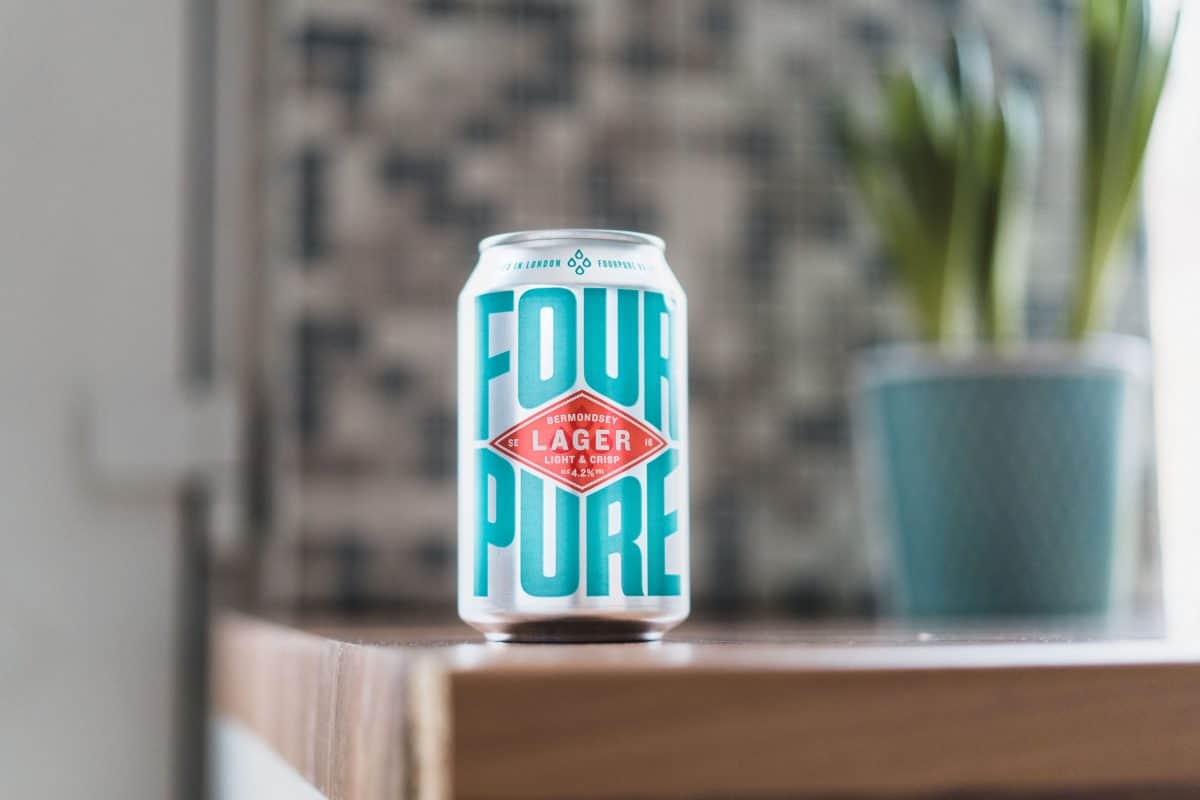 With a name inspired by the four core ingredients used to produce beer, the brewery launched in October 2013. Since then, the brewery has gone from strength to strength, now known as one of London’s biggest and most famous craft beer producers. Seizing every opportunity to improve performance in the face of strong growth, Fourpure also has a prominent focus on sustainability and the environment. In 2014, the brewery began canning their beers, subsequently becoming the first London brewery to can their entire range. As well as promoting better quality control, canning is also a lighter, more sustainable packaging option. And with aluminium significantly lighter than glass, cans have a lower carbon footprint than bottles.

On the rebrand Fourpure Brewmaster John Driebergen said: “Craft brewing is an exciting field busy with innovation and wacky experimentation, yet the classics in both technique and style still endure, still universally loved. Whilst evolving with cutting-edge technology and experimental expressions, at Fourpure we’re really keen to just keep things simple, great beer should always be captivating, never baffling”.

According to the can, the new Fourpure Lager tasting notes are: “Aroma: Lager, Mouthfeel: Lager, Flavour Notes: Lager”. In what, at first, seems facetious, it’s actually a fairly accurate description, though it may be alienating for the more devoted hop heads. With a golden, straw complexion, classic lager aromas of pale malt, bread and a zip of citrus zest are joined by further light malt notes, biscuit, and a suggestion of lemon rind. It’s a little more light bodied than typical, but it’s refreshing and easy-drinking, with a short, clean finish. Simple as that.

Further information on Fourpure can be found here.