Food banks are continuing to see "relentless need for help", although the figures represent a "fraction of the UK’s food insecurity picture." 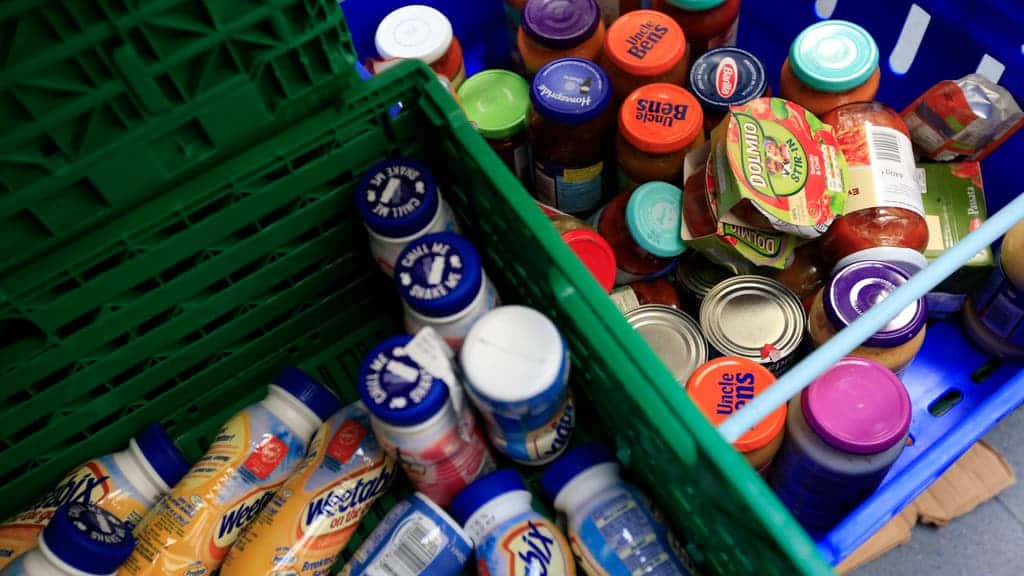 Food bank use rose a third during the coronavirus pandemic, according to the Trussell Trust, which distributed a record 2.5 million parcels across the UK.

Almost one million (980,082) of these parcels went to children – more than one parcel every minute on average, the charity said.

It is the first time the total number of parcels has topped two million and is a rise of 33% compared to 2019-20 – itself a record year.

The Trussell Trust said need is driven by people not having enough money for the basics, and more people than ever need the social security system to provide a “strong enough lifeline” for them to keep afloat.

“No one should face the indignity of needing emergency food”

It warns that its figures present a partial picture, as unprecedented numbers of people are being helped by independent food aid providers and community groups, some of which sprang into action as a result of the pandemic.

The charity is calling on the Government to develop a plan to end the need for food banks.

Candidates standing in the UK local elections should commit to this if elected, it adds.

“Yet our network of food banks has given out record numbers of food parcels as more and more people struggle without enough money for the essentials.

“This is not right but we know we can build a better future. This pandemic has shown the unexpected can hit suddenly, but we know when we push for change, united by our desire for justice and compassion, the Government has to listen and act.

“We are asking you, the public, to write to your local candidates standing for election on May 6, asking them to commit to working to end the need for food banks if elected. Together we can take action now to build a hunger-free future.”

“It’s the Government’s responsibility to stop hunger from happening in the first place so that everyone is able to afford to buy food and other essentials.”

A Government spokesman said: “We are committed to supporting the lowest-paid families and have targeted support to those most in need by raising the living wage, spending hundreds of billions to safeguard jobs, boosting welfare support by billions, and introducing the £269 million Covid Local Support Grant to help children and families stay well-fed.

“We know that getting into well-paid work is the best route out of poverty, and our multi-billion pound Plan for Jobs is helping people across the country re-join the workforce as restrictions are eased.”