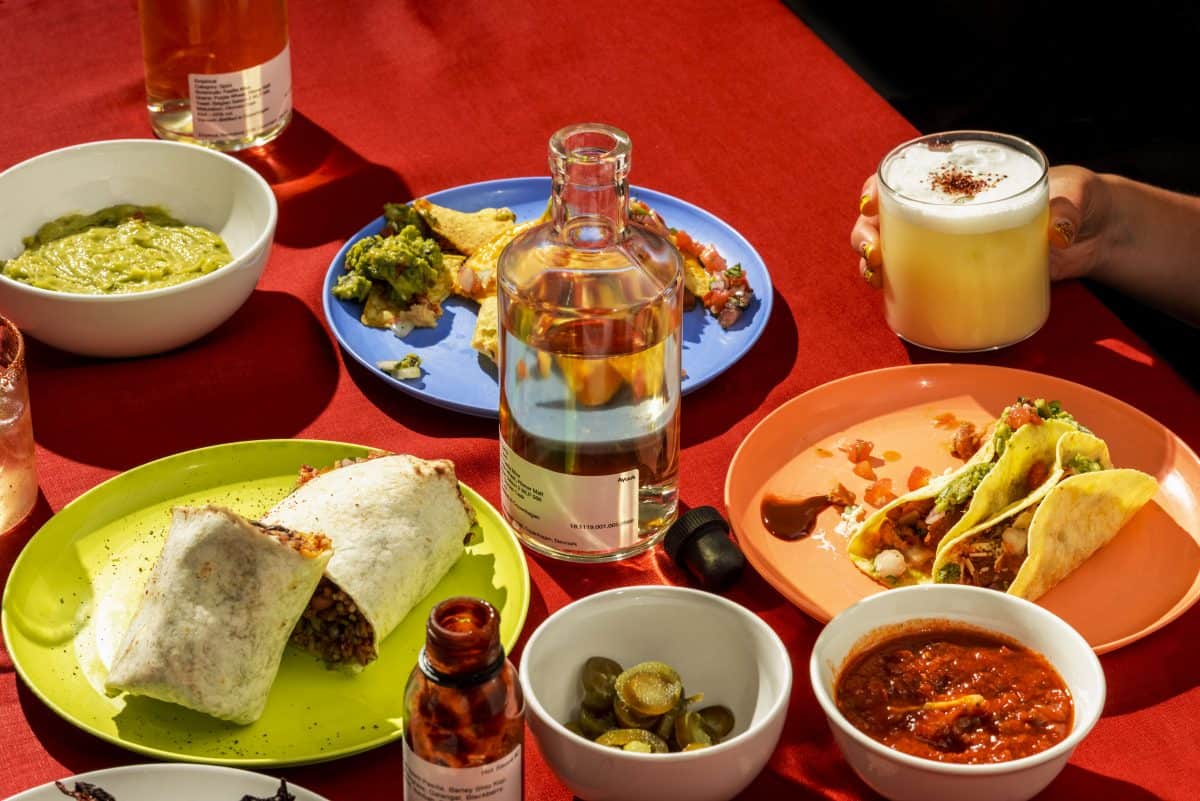 Self-proclaimed ‘flavour company’, Copenhagen-based Empirical has become a pioneer of the spirits category since launching in 2017. Founded by Lars Williams (former head of research and development at Noma) and fellow Noma alumnus Mark Emil Hermansen, the pair’s approach to distilling concentrates on unique spirit blends, with the goal to be flavour and detail-focussed, rather than conforming to traditional spirit ‘types’.

While traditional spirits are made using processes developed over centuries, according to defined rules, Empirical’s method sees the founders cherry-picking techniques from different processes used around the world. Barley is the base grain for the majority of their spirits, but rather than malting, koji is added. The koji barley is then typically blended with pilsner malt and various other grains and botanicals. Layered in a similar manner to perfumes, the spirits are distilled under vacuum, allowing the alcohol to evaporate at between just five and 30 degrees, in order to retain delicate flavours otherwise lost at higher temperatures. Spirits are then blended with other ingredients and flavour distillates.

A premium, tequila-inspired product, Ayuuk is described as Empirical’s “most distinguished spirit blend”. Meaning “people who speak the mountain language”, Ayuuk champions the Mexican Pasilla Mixe as its core ingredient, exclusively sourced from a mountain community near Oaxaca.

For the Mixe people, living in isolation in the Sierra Norte mountains outside Oaxaca, Mexico, the Pasilla Mixe chilli is an important part of communal life and identity. The historical technique for cultivating the chilli is particularly labour-intensive, however. While the plant thrives at high altitudes (around 2,700 metres above sea level), its seedlings are unable to grow in the same area as the atmosphere is far too cold for its survival. Seedlings are thus grown at their regular altitude then carried up the mountain to an ideal altitude when large enough to survive. In addition to the unpredictable rainfall – which floods the mountain soil and kills the delicate roots – erosion, lack of pesticides and fertilisers, and rugged terrain also pose difficulties. As a result, production has diminished over the years, with subsistence farming having practically taken over, ultimately making the Pasilla Mixe chilli extremely rare.

Lars Williams first encountered Pasilla Mixe at the Oaxaca central market, not realising its full potential until the chilli had been used to distil an initial Pasilla Mixe blend, with it almost impossible to source more. Williams is particularly fond of the chilli’s complex flavour. Once ripe, the chillies are partially dried on the plant before being finished on wicker racks over hardwood smoke. In addition to the trademark smokiness, the chilli has earthy roundness and distinct red orchard fruit notes alongside a palatable spice. In addition to using the chilli for Ayuuk, Williams also hoped to preserve the chilli’s tradition, partnering with an agronomist, Adan Jimenez, to arrange workshops throughout the village of Huitepec, training farmers in how to best cultivate the chilli.

To produce Ayuuk, the Passila Mixe chilis are steeped in a low-strength spirit blend. The liquid is then blended with kombucha made using leftover Pasilla Mixe mash from previous distillations, distilled, then aged for five days in Oloroso sherry casks before bottling at 43 per cent abv.

With elements sharing similarities with various spirit types, Ayuuk is impossible to categorise, which is a good thing. Unsurprisingly, the Pasilla Mixe’s presence is omnipotent here. Pleasant smokiness gives way to some rounded earthy and dark fruit notes. The spirit’s richness is also endearing, with some lingering smoke on the umami-rich finish. A must try.

Ayuuk is available to purchase from Empirical’s website, with worldwide delivery available.

This article was updated on Friday 27th November, 2020.