'Not what we want to be doing on the anniversary of our son’s death.' 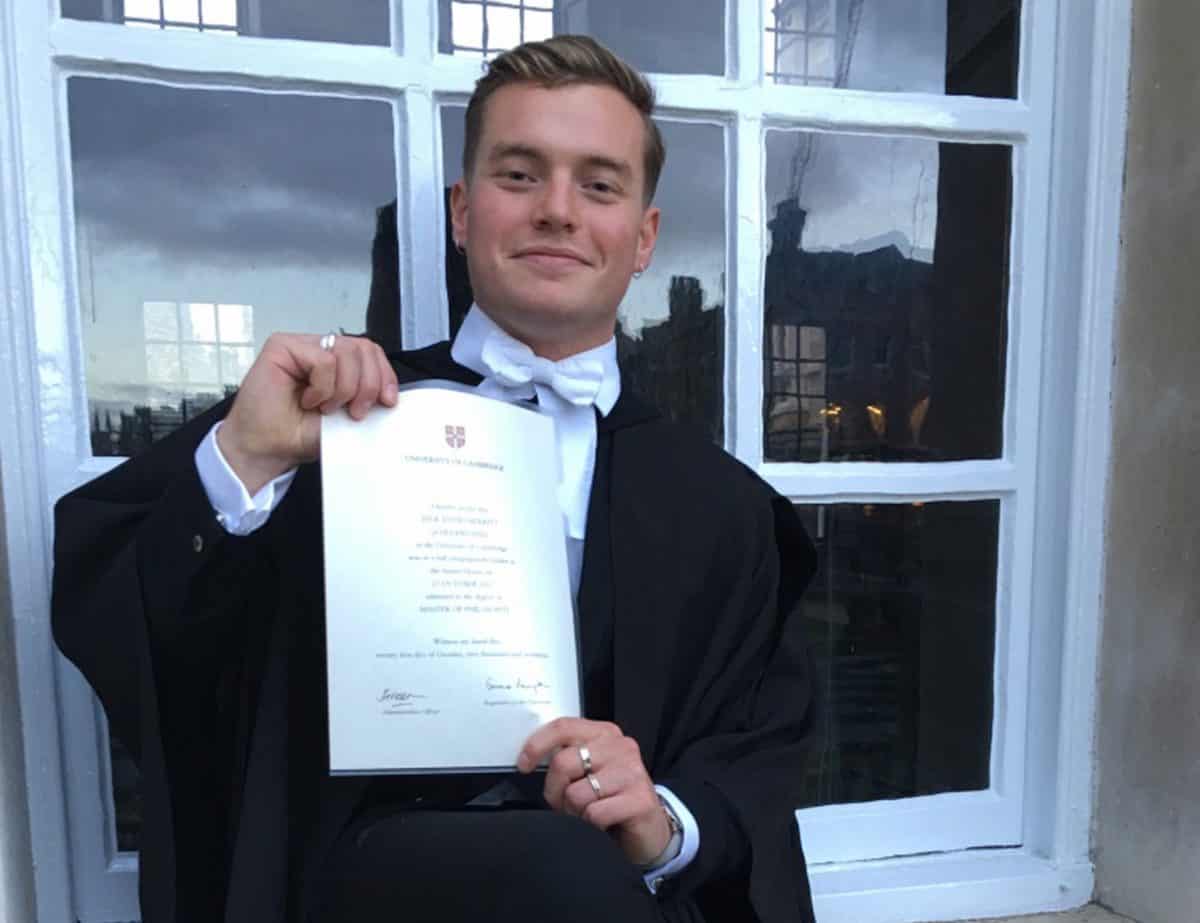 The father of terror attack victim Jack Merritt has called it a “shame and unnecessary” to have issued proceedings against the Government over his son’s death.

David Merritt said it is “not what we want to be doing on the anniversary of our son’s death”, after filing a High Court claim against the Ministry of Justice and the Home Office on Wednesday.

A lawyer for the family said they acted after the two government departments failed to agree to a delay to any legal action until all investigations are completed, including the inquest.

Jack, 25, was fatally stabbed along with Saskia Jones, 23, by convicted terrorist Usman Khan during a prisoner rehabilitation event at Fishmongers’ Hall in London on November 29 last year.

Khan, 28, was out on licence when he attended the event near London Bridge, organised by Cambridge University’s Learning Together programme, armed with two kitchen knives and wearing a fake suicide vest.

He was tackled by members of the public with a narwhal tusk, a decorative pike and a fire extinguisher before he was shot dead by police on London Bridge.

Solicitor Kate Maynard said the family, including Jack’s mother, Anne, his brother, Joe, and his girlfriend, Leanne O’Brien, had been left with “no alternative” but to issue proceedings.

In a series of tweets on Thursday, Mr Merritt said: “We have issued proceedings against the Home Office and Ministry of Justice because they refused to agree to an extension to the claim window.

“You have to issue proceedings … within a year of the incident because after that you lose right to sue should you subsequently want to following findings of an inquest for example.”

He said every interested party had agreed to an extension, except for the MoJ and Home Office, adding: “Which is a shame and unnecessary, and not what we want to be doing on the anniversary of our son’s death.”

Ms Maynard, a partner at Hickman and Rose, told the PA news agency that claims brought under the Human Rights Act must be submitted within one year, which meant the Merritt family had to bring their case this week to “protect their position”.

She added: “Usman Khan was a convicted terrorist under multi-agency public protection when he killed Jack and Saskia on November 29 2019.

“These circumstances raise questions about the assessment and management of Usman Khan’s risk.”

A Home Office spokeswoman said: “Our thoughts remain with the families and friends of Saskia Jones and Jack Merritt following the terrible attack at Fishmongers’ Hall.

“It would be inappropriate to comment further given the ongoing inquest and the potential for future legal proceedings.”