Famed for its tacos, El Pastor has launched a greater selection of plant-based options in response to increased demand. 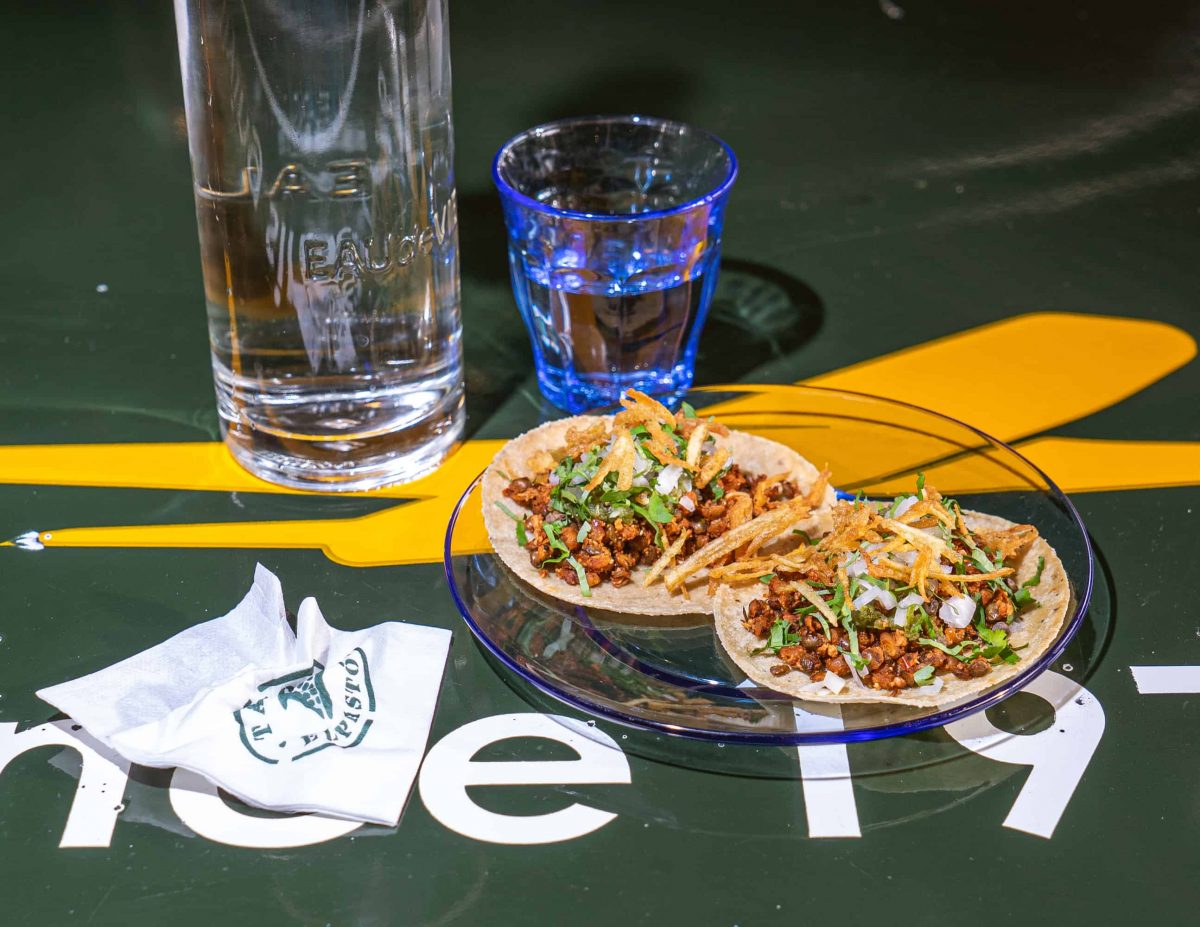 One of London’s most exciting Mexican restaurants, El Pastor has launched a menu update, introducing more plant and fish-based dishes to the original Borough restaurant, Casa Pastor and Plaza Pastor in King’s Cross.

With the original launch in December 2016, the Pastor family, has become renowned for its authentic Mexican recipes and ingredients, with a focus on tacos made from heritage corn tortillas, produced in house daily. Owned and operated by Harts Group (also behind Barrafina, Quo Vadis and The Drop), El Pastor began life as a project from Sam and James Hart and Crispin Somerville, named after the famous ‘al pastor’ taco ubiquitous on the streets of Mexico City. Following the success of the first restaurant, Tortilleria El Pastor, a small taqueria and production site for freshly-made tortillas, opened in Bermondsey last year, quickly followed by the launch of both Casa Pastor and Plaza Pastor in Coal Drops Yard.

Responding to an increased demand from diners for plant-based options, the restaurant’s new menu features a greater choice of vegetarian, vegan and pescatarian dishes. These join El Pastor classics such as the ‘Al Pastor’ taco (£6.75) featuring pork shoulder that’s marinated and grilled on the revolving ‘trompo’ until the meat is caramelised and crispy, with guacamole taquero, coriander and hunks of caramelised pineapple; Baja fish tacos (£8.50), with hunks of meaty sea bass cloaked with Corona batter, escorted by a smear of pico de gallo and shredded cabbage; and the exemplary corn cake (£5.50), served with a scoop of sweet roasted corn ice cream.

As for the new dishes, Executive Chef Marvin Jones has created a vegan avocado and chayote “ceviche” (£7.50): a salad of chayote slivers fanned across the plate, arranged like a flower, capped with hunks of avocado, charred corn and red onion, finished with lime juice and shredded coriander. A clean, refreshing dish.

A vegan take on the restaurant group’s namesake, the ‘Veggie Pastor’ taco (£7.50) is loaded with spiced lentils, a whisper of tofu, crispy potato straws and coriander. The new soft shell crab taco (£10.50), on the other hand, features a glorious concoction of fried crab, chipotle mayonnaise, jicama and chayote slaw, plus a slice of avocado which contrasts the batter’s insalubriousness with its clean, earthy flavour.

A Rajas quesadilla with Oaxaca style cheese and grilled poblano chillies (£6) has also been launched, as well as a large, sharing dish of spiced squash, glazed in ancho and miso, and stuffed with radish, cucumber, jicama salad and pipian verde (£22). This can also be made vegan upon request.

Another larger, sharing plates, “Contramar” seabream (£26) is inspired by the Mexico City restaurant of the same name and served whole. The chargrilled fish features one fillet marinated in piquant salsa roja and the other in vibrant green mojo verde, served with corn tortillas and shredded cabbage.

El Pastor can be found at 7A Stoney Street, London, SE1 9AA.